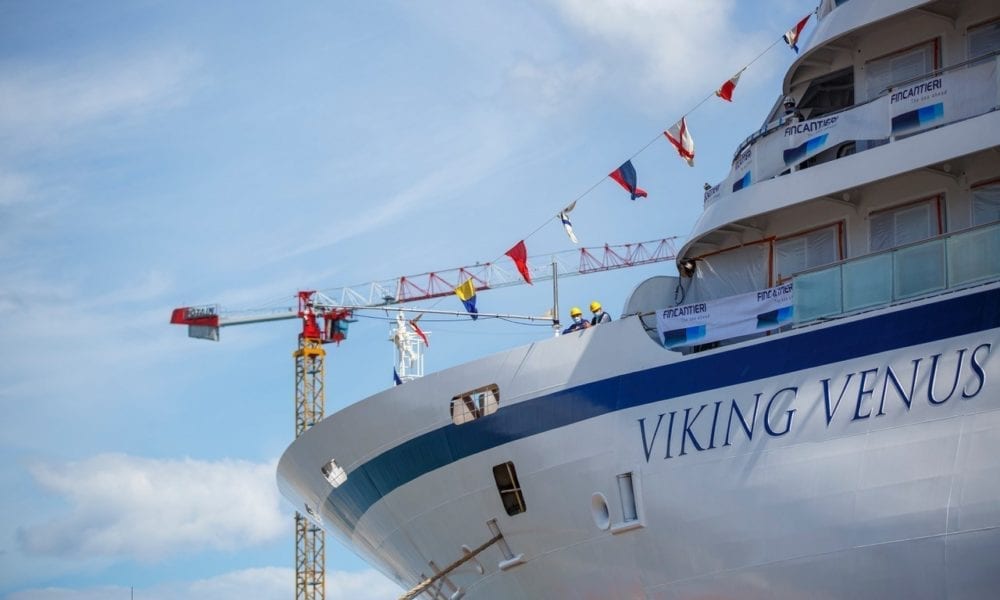 Viking announced today the godmother of its seventh ocean ship, Viking Venus, which is scheduled to debut this spring.

Revered British broadcaster and journalist Anne Diamond will be the godmother of the 930-passenger ship, which is now under final construction at Fincantieri’s shipyard in Ancona, Italy. 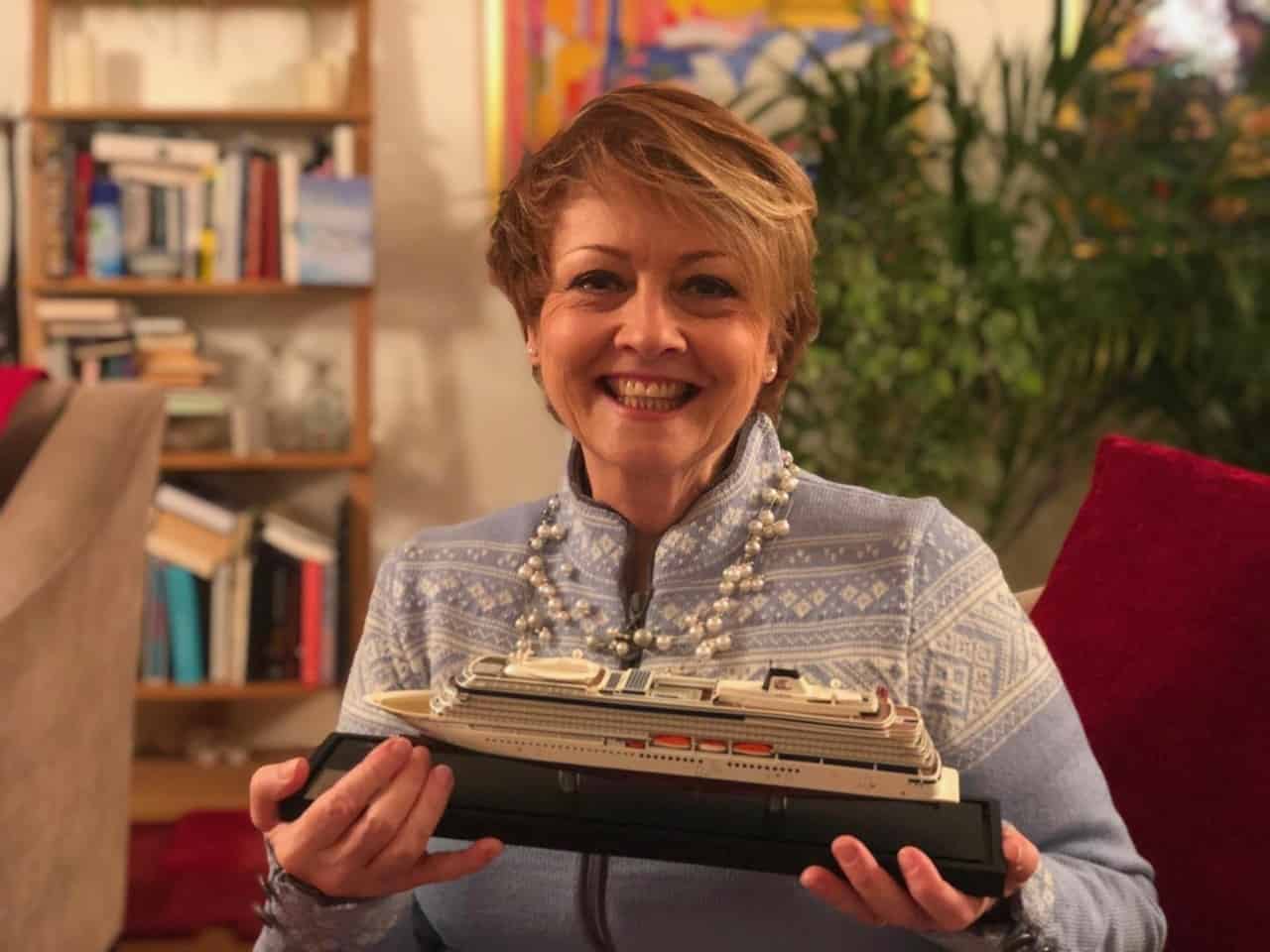 Anne is best known for her pioneering work on morning shows in the United Kingdom during the 1980s, along with a legendary career in frontline television that has lasted over 40 years. From the fall of the Berlin Wall, the wedding of Prince Charles and Lady Diana Spencer, and interviews with Bette Davis, Ronald Reagan, Margaret Thatcher, and Prince Philip, Duke of Edinburgh, Anne’s journalistic journey has made her a household name.

She has also been a passionate campaigner, having pioneered the 1991 UK cot death campaign following the death of her own son, Sebastian. The campaign saved over 20,000 babies’ lives. She’s the only non-medic ever to hold the Medal of the Royal College of Paediatrics and Child Health.

Anne has also been a key figure on Viking’s enrichment channel Viking.TV, which went live in March 2020 during the early stages of the pandemic to help people build community and stay connected.

Anne’s Thursday livestreams will continue into 2021, with upcoming January guests to include legendary British actor, broadcaster, and writer Sir Michael Palin and former NASA astronaut Kathy Sullivan — who has made history both in space and sea as the first American woman to walk in space and the first woman to reach the deepest part of the ocean.

Diamond said of the honor, “I am thrilled and honored to be entrusted as godmother to the Viking Venus and cannot wait until we can celebrate her inaugural cruise in a safer and happier 2021. Back in March 2020, at the start of the global lockdown, when I rang my good friend Karine [Executive Vice President of Viking] to ask if there was anything I could do, never did I think it might lead to such a fascinating journey. But exhilarating journeys are what Viking is all about! I am so proud to be part of the growth of the award-winning Viking.TV—with special thanks to all my inspirational interviewees—and now onwards, to the Viking Venus and a brighter outlook for travel.” 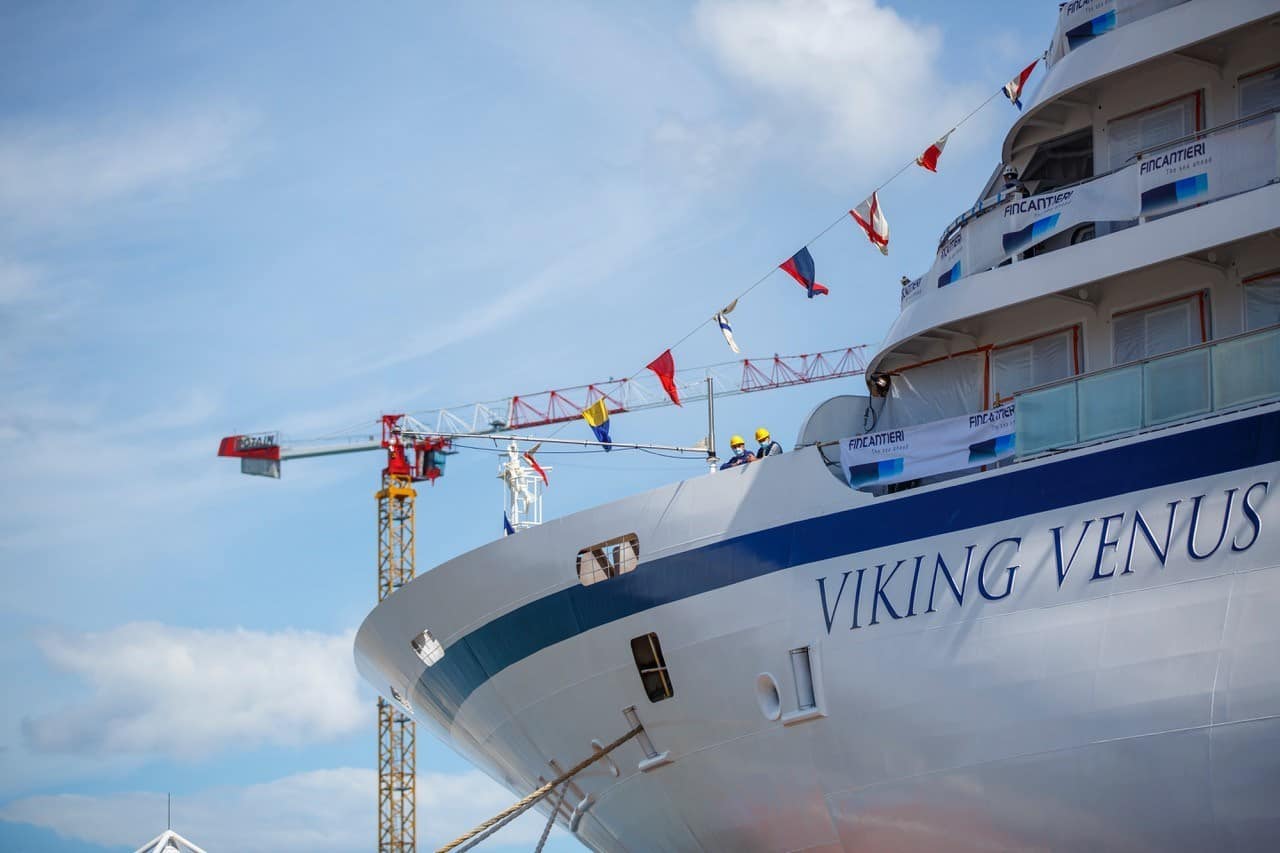 So far, Viking.TV has broadcast approximately 300 sessions, and livestreams and archived content have been enjoyed by nearly two million people. The enrichment channel, where all content is free to watch, has resonated well with people through the tough past year.

Livestream sessions take place every day at 2 pm EST/11 am PST, and all content is archived and available on-demand afterward.

Also available are over 200 original short-form Destination Insight documentaries and 60 additional pieces of content with programming from TED, BBS’s Wonderstruck, Libera, and more.