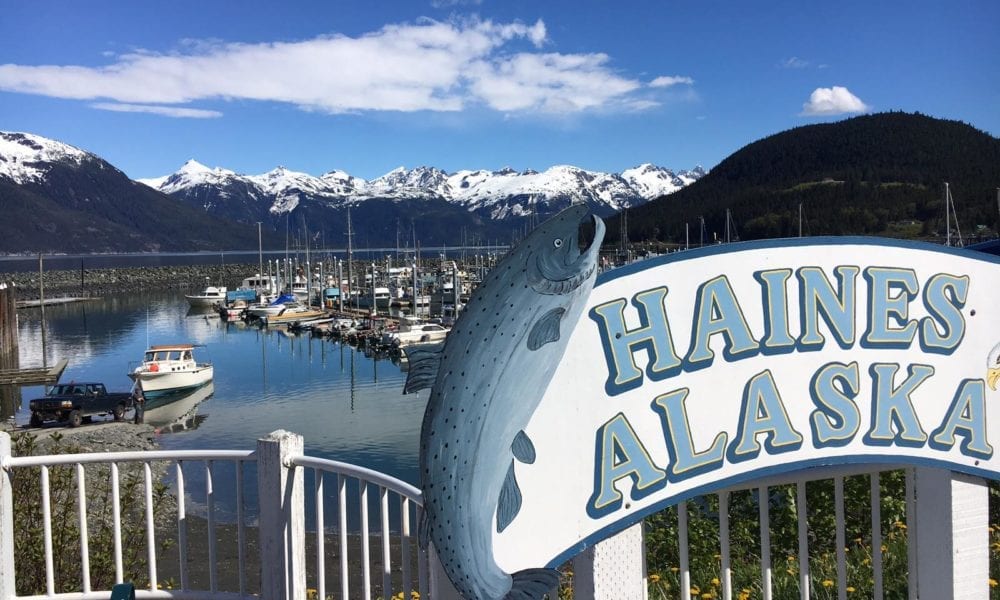 Haines could be considered either the beginning or the end, depending on your perspective. Situated on the northern part of North America’s longest fjord, Haines is where the Inside Passage meets the Alaska Highway.

The glacier-formed terrain is surrounded by peaks and water, and the Takinsha Mountains and Chilkat Range tower above town, the Takshanuk Mountains rise to the north, and the Coast Mountains stand east across Lynn Canal. 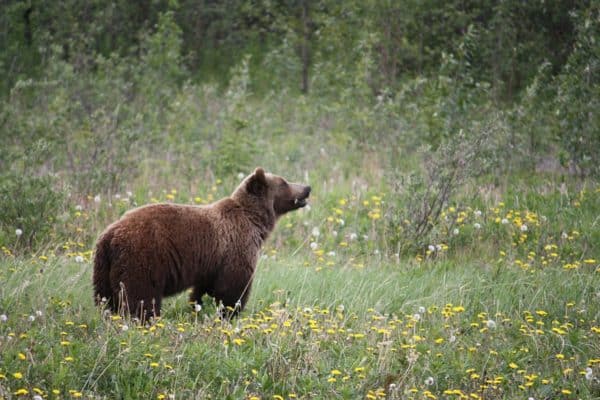 Haines, Alaska is known for its’ wildlife – including grizaly bears

The Tlingit Indians who originally inhabited the area named it Dei Shu, meaning “end of the trail”; but for some westerners, Haines marked a new start. In 1878, it became a hub for the North West Trading Company, and in 1881, with the establishment of a mission, the town was named for Francina Electra Haines of the Presbyterian Board of Home Missions.

Haines also served as a supply port with the discovery of gold in 1899 and as the home of a U.S. Army base (1904-1946), but its economic mainstays have been fishing, timbering, and tourism.

Today, the town on the northern end of the Alexander Archipelago is home to fewer than 2,000 people year-round, but some mighty big adventures.

Every October through February, the Haines population swells, as thousands of bald eagles flock to the Alaska Chilkat Bald Eagle Preserve. The convocations of birds are drawn to a roughly 5-mile stretch of the Chilkat River, where spawned-out salmon in unfrozen sections of water makes for the perfect cold-weather meal. In November, the city hosts the Alaska Bald Eagle Festival to celebrate its annual visitors. 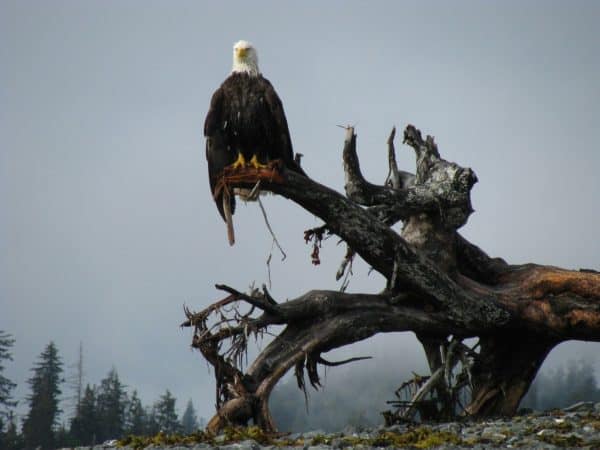 The Chilkat Bakery and Restaurant offers homestyle breakfast, lunch, and dinner, as well as Thai cuisine on Thursdays. Wood-fired pizzas and gourmet salads are available at Alpenglow Restaurant. 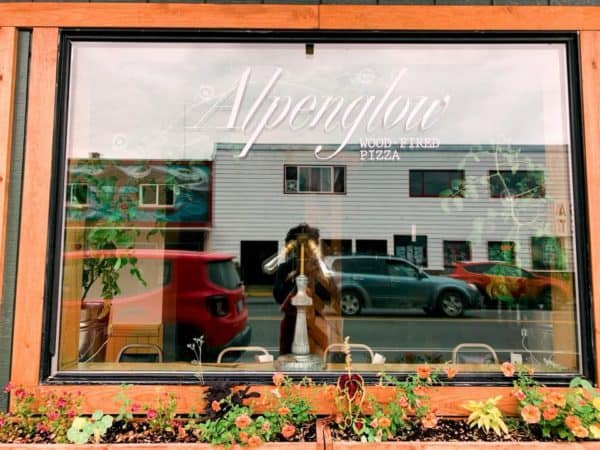 Alpenglow is the place to go for wood-fired pizza in Haines, Alaska (Photo: Alpenglow Pizza/Facebook)

Haines’ eclectic food scene carries over to a vibrant arts community that includes writers, photographers, and painters. Watch totems being carved at the Alaska Indian Arts, Inc; peruse galleries such as Art on Main Street, Catotti, Goldberg Art Studio and Fair Winds Gallery; and learn more about the area at the Haines Sheldon Museum & Cultural Center, which has more than 4,000 artifacts ranging from Chilkat blankets to the Eldred Rock lighthouse lens.

But perhaps the best way to experience Haines is to get out and explore its beauty. Rent bikes or opt for a guided pedal tour with Sockeye Cycle Co.

Take to bodies such as the Chilkat River or Chilkoot Lake with Chilkat River Adventures, Rainbow Glacier Adventures or SEAK Expeditions—be sure to keep your eyes on the shore to spot moose, black and brown bears, and more than 260 species of birds that pass through the area. 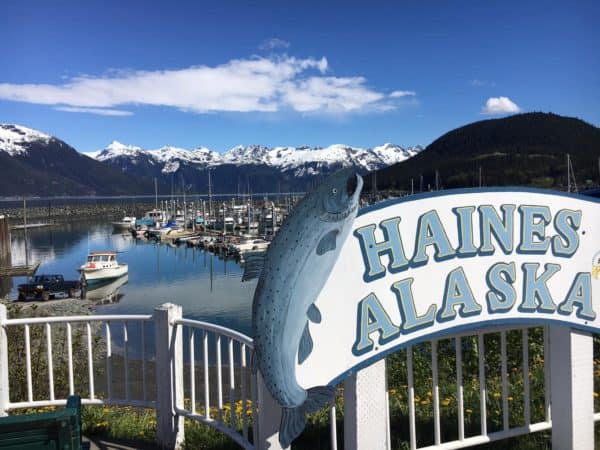 Pretend you’re a local fisherman stepping aboard a boat with Kraken Charters, and you’re holding a heavy halibut that you pulled from the waters of Southeast Alaska. You’ll have a memory—and a photo opp—that will make you want to experience Haines all over again. 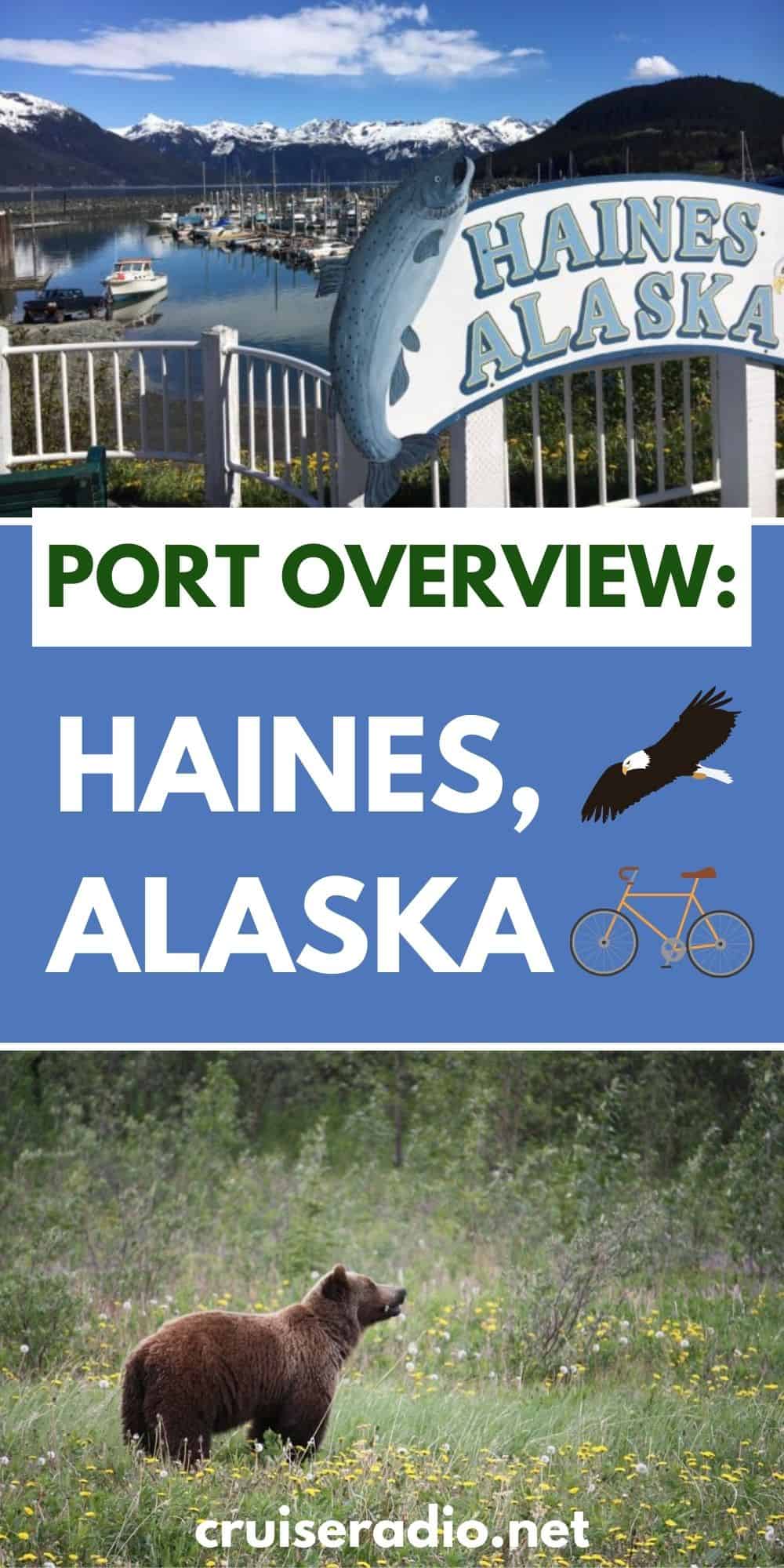