Why We’re Angry About the Latest Cruise Ship COVID Outbreak 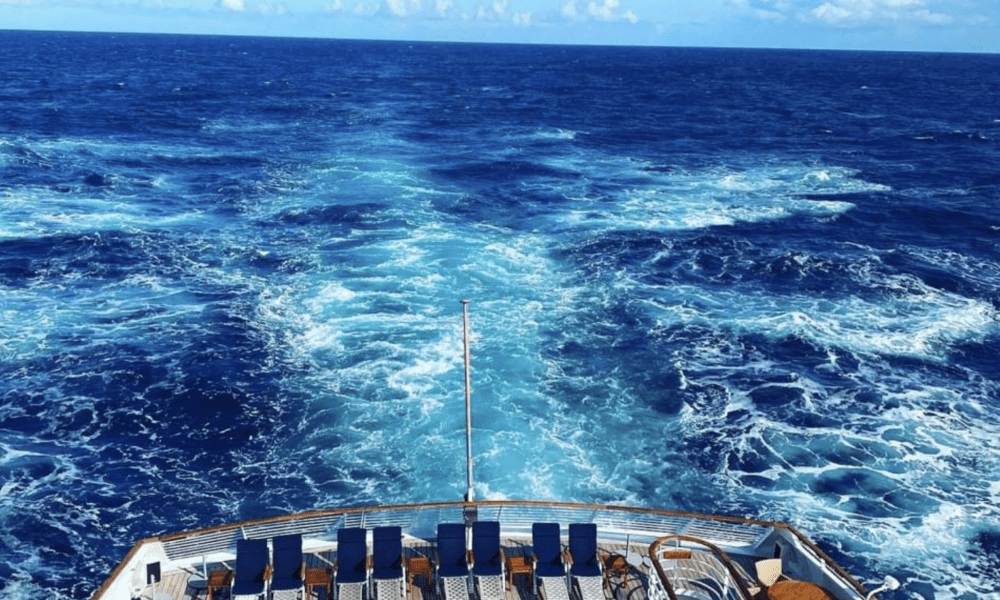 For months, we’ve been writing about the precautions that will be put in place when ships are once again able to sail from U.S. ports.

Among the many protocols which have now been established, three simple and obvious ones have topped the list: testing, social distancing, and mask-wearing.

So when pictures of maskless passengers and crew members aboard the SeaDream 1 surfaced, I was startled, to say the least.

Who Could Have Predicted This? Absolutely Anyone

A few short days later, Gene Sloan — writing for The Points Guy from onboard the ship, and one of the people who had posted maskless photos to his social media accounts — reported that things on board had changed. “Initially,” he wrote, “as the cruise began, SeaDream didn’t require passengers to wear masks, and not a single one of the 53 passengers on board chose to do so.”

The line had required strict testing so that, in his words, “the odds that even one passenger” would bring the virus aboard were “very low.” Here’s hoping no one on the ship had money riding on that bet because — shocker — it now turns out they have at least one potential case on board.

As the ship made its way back to Barbados, Sloan continued offering updates, most of which sang the praises of the meals which guests have been served in quarantine. And while I’m thrilled that they’re being so well fed, I’m also beyond livid about how this has unfolded. Because not only might it have been prevented had the guests on board worn masks, but the timing of this incident could not be worse.

The World — And More Importantly, the CDC — Is Watching

The entire cruise industry has been essentially shut down since March and is only now beginning to see signs that they might soon be able to resume sailings.

But now and for the foreseeable future, the industry will be under the relentless scrutiny of the Centers for Disease Control.

Under their new conditional-sail order, the only way in which any ship can sail from a U.S. port is by implementing a strict set of protocols and proving that they are able to operate safely.

Guess what one of those protocols is? That’s right… wearing masks, despite the testing which will also be required.

Yet the SeaDream 1, which was sailing out of Barbados and therefore not held to the same strict standards, apparently thought it was immune (pun intended) from the illness ravaging the rest of the planet. They wrongly believed that their testing regime would allow them to create an impenetrable bubble in which their passengers and crew could eschew masks altogether.

Better still, the pampered guests aboard the high-end ship were apparently upset that they once the positive test came back, they were required to begin donning facial coverings.

That’s right, even as a potential case was discovered and preventative measures were put in place to protect everyone on board, these people were complaining about having to follow the same rules the rest of civilized society has had to for months.

Like something out of a dystopian horror movie, they thought their money could buy them an escape from the realities of the world we now live in.

Pass Me Those Rose-Colored Glasses, Wouldja? 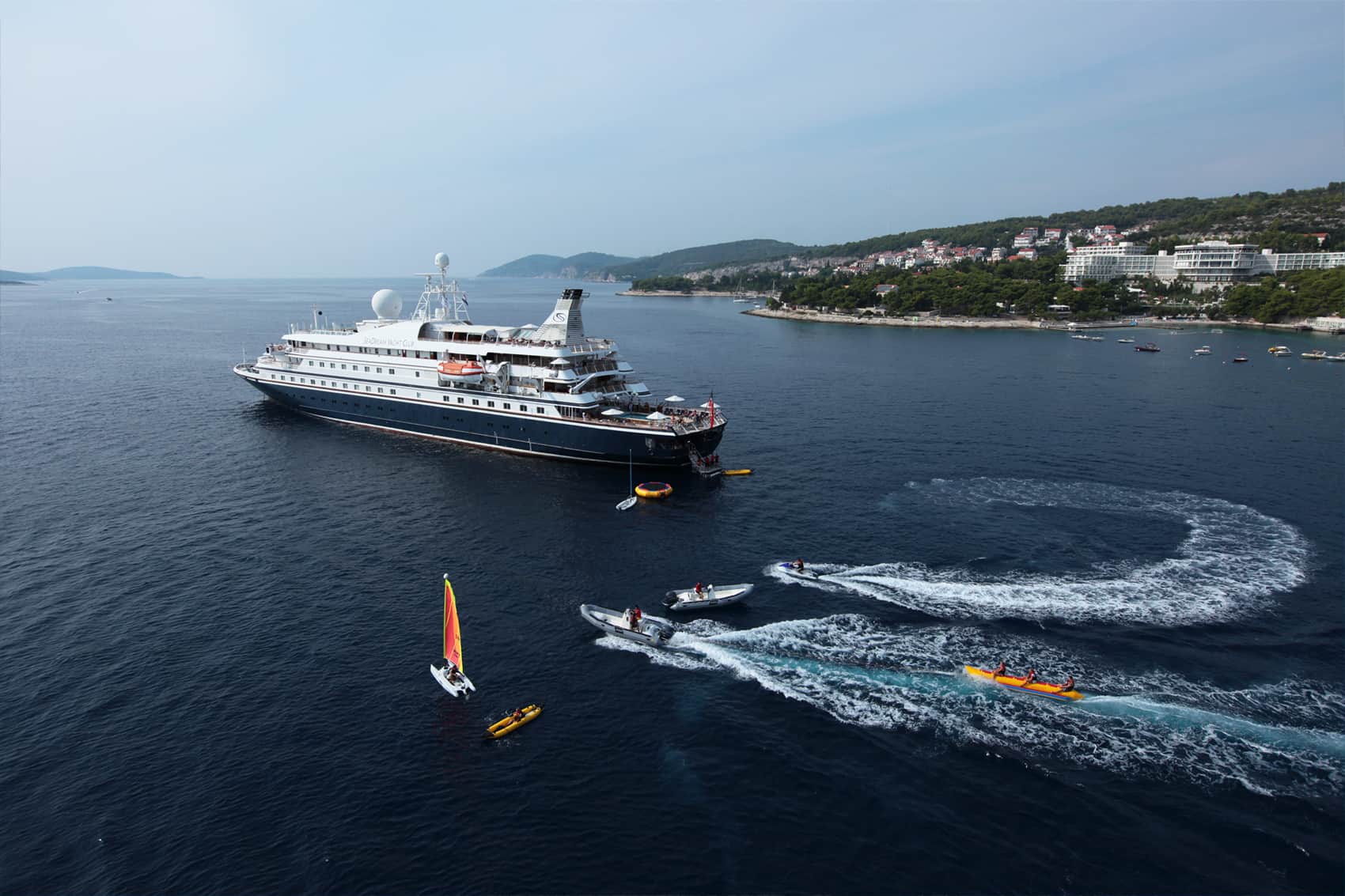 Throughout Sloan’s posts and subsequent articles, he raves about how this is the “perfect vessel for cruising in the keep-away-from-me-era.” But given that guests have been quarantined to their rooms, the closest they’re coming to enjoying “top-of-the-ship cocktail hour followed by an elegant dinner and an after-dinner nightcap in the piano bar” is by reading his reports.

Perhaps not surprisingly, when word began to spread that at least five cases had been confirmed on board, it was from other passengers and members of the media.

Of those, Sue Bryant — of Britain’s The Times and Sunday Times — has provided perhaps the most balanced portrait of what is going on, praising the crew’s efforts while also speaking of the boredom and anxiety which comes with being quarantined to your cabin on a ship facing potential infections.

Of the group that had the covid case, five are positive. But nobody outside the group and no crew so maybe isolation is working. Waiting for a second test from a shoreside team now @SeaDreamYC

What really angers me, however, is that the owners and operators of this ship have created another scenario in which an outbreak is the story, not the fact that cruising has resumed.

At a time when all eyes are laser-focused on the industry, they have, in essence, set a bad example that goes against everything the major cruise lines here in the states are advocating.

As the rest of the industry is trying desperately to prove what they can do, SeaDream has sent the message, “Er, maybe we can’t.” 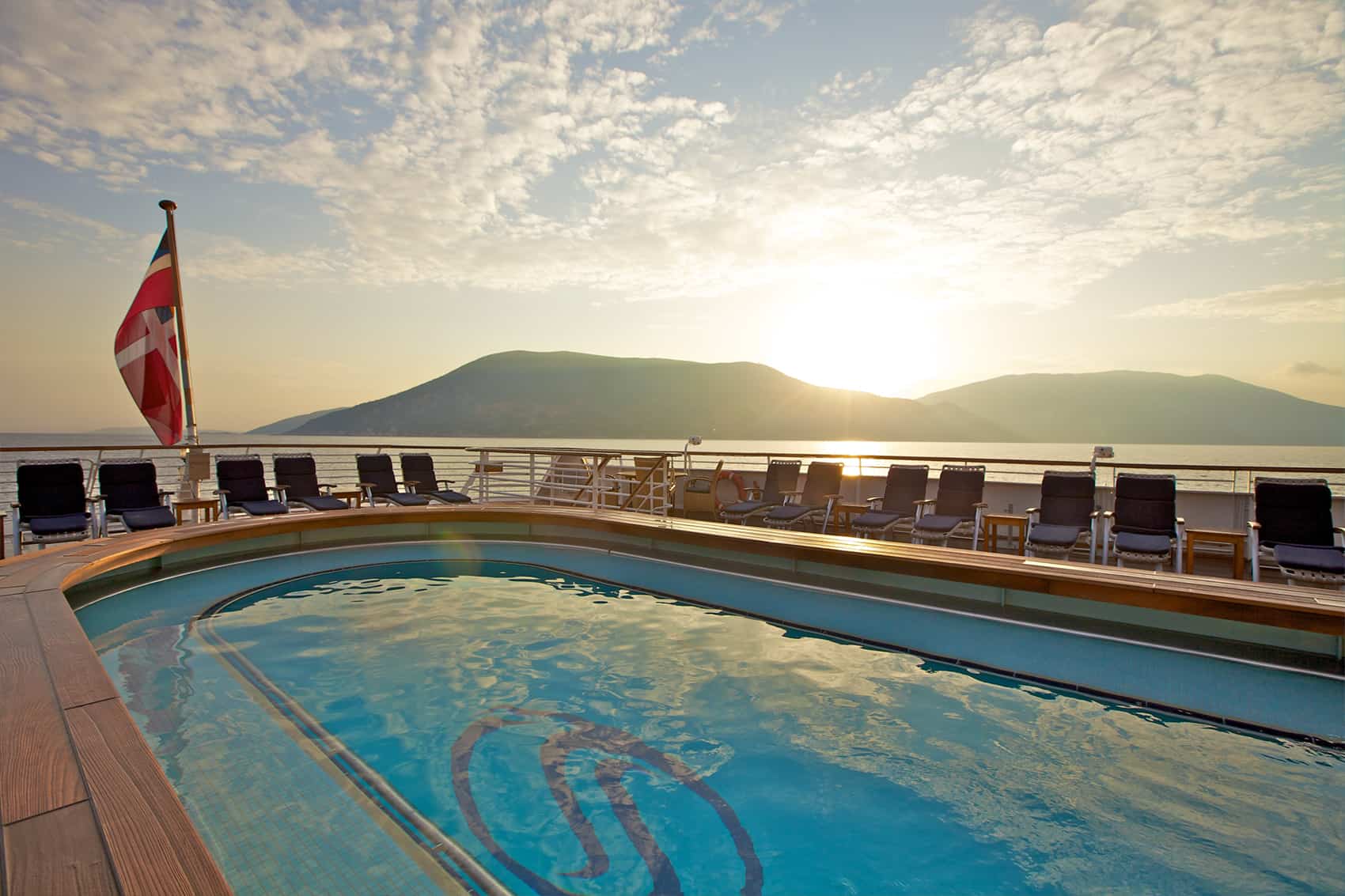 Because what will get lost in the mainstream media is that SeaDream was not playing by the rules which will be in place for the major cruise lines. In fact, if the passengers Sloan mentions are to be believed, the line is practically flaunting their disregard of those rules. “Don’t worry about those pesky masks,” they’re saying to would-be guests. “Masks are for the little people, not little ships like ours!”

Cruise-bashers will once again come out in force and every story written by the mainstream media will break out the tired old “floating petri dish” stereotype.

So yeah, thanks for that, SeaDream. You just made it that much harder for the rest of us.