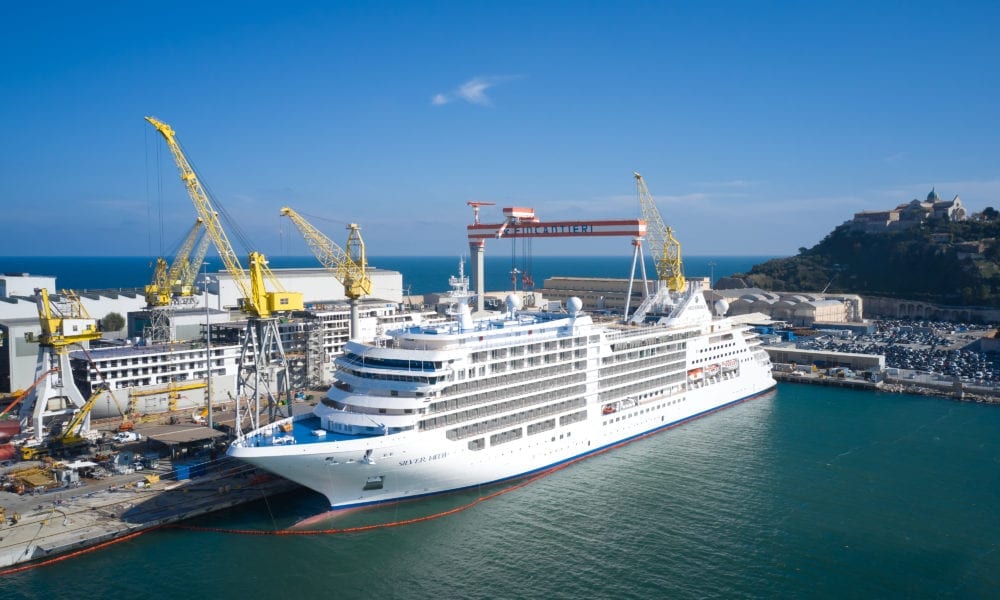 Luxury line Silversea Cruises has officially taken delivery of their brand-new ship, Silver Moon. It is now the ninth vessel in Silversea’s fleet. 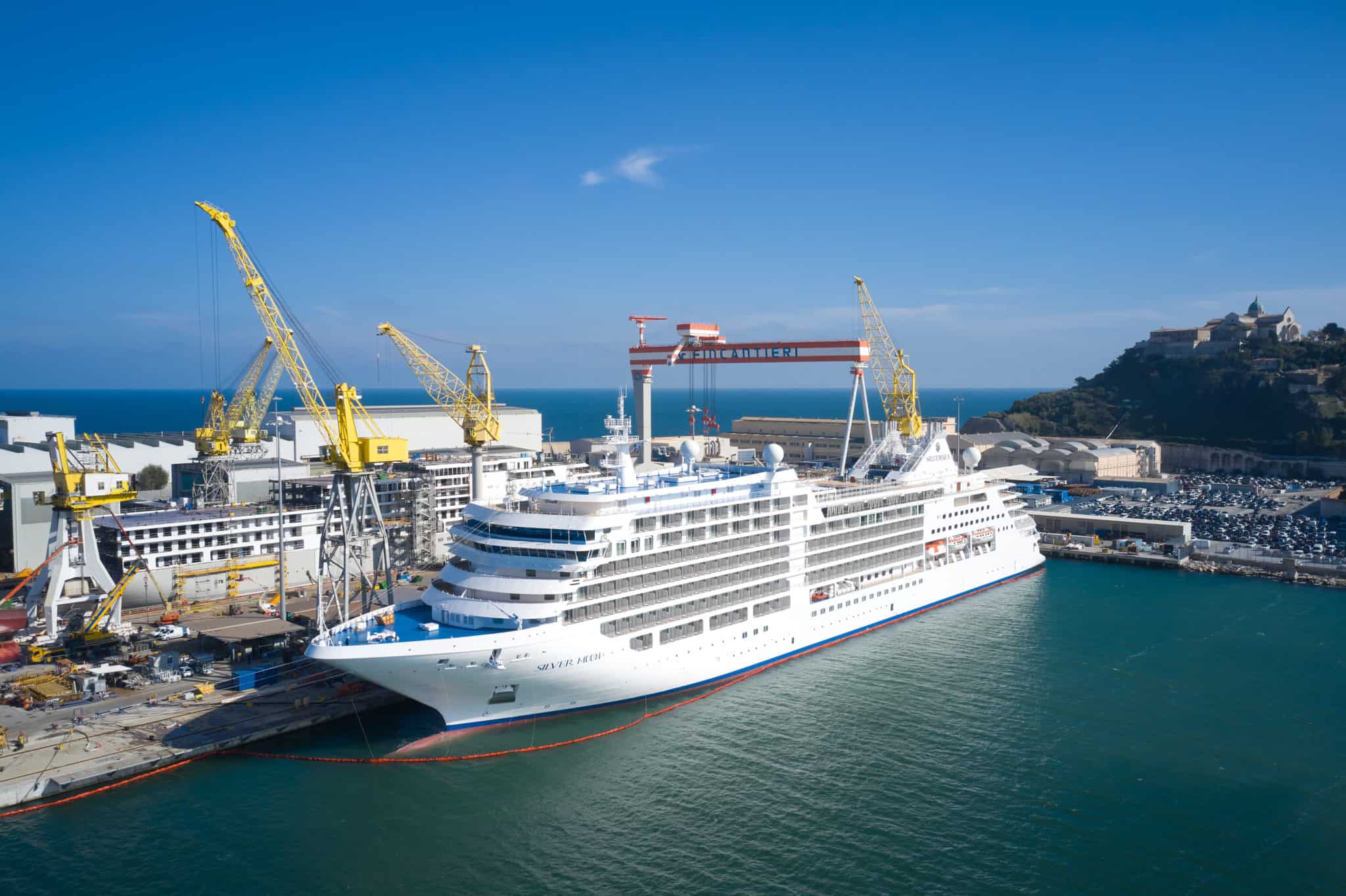 During a small celebration at Fincantieri’s Ancona shipyard, executives from Silversea, Royal Caribbean Group, and Fincantieri expressed thanks to all involved during live speeches via video feed. From Royal Caribbean Group, Chairman and CEO Richard Fain, and Executive Vice President and CFO Jason Liberty each commended the more than 1,000 craftspeople that contributed to the new build.

Present in person were executives from Silversea and Fincantieri, who addressed attendees before Silversea’s President and CEO Roberto Martinoli signed his name to officially take delivery of the ship.

Giovanni Stecconi, Director of Fincantieri’s Ancona shipyard, then presented Captain Allesandro Zanello with a commemorative ampoule that contained seawater from the launch. Captain Zanello will be captain of Silver Moon, and was also at the helm for the delivery of her sister ship Silver Muse in 2017. 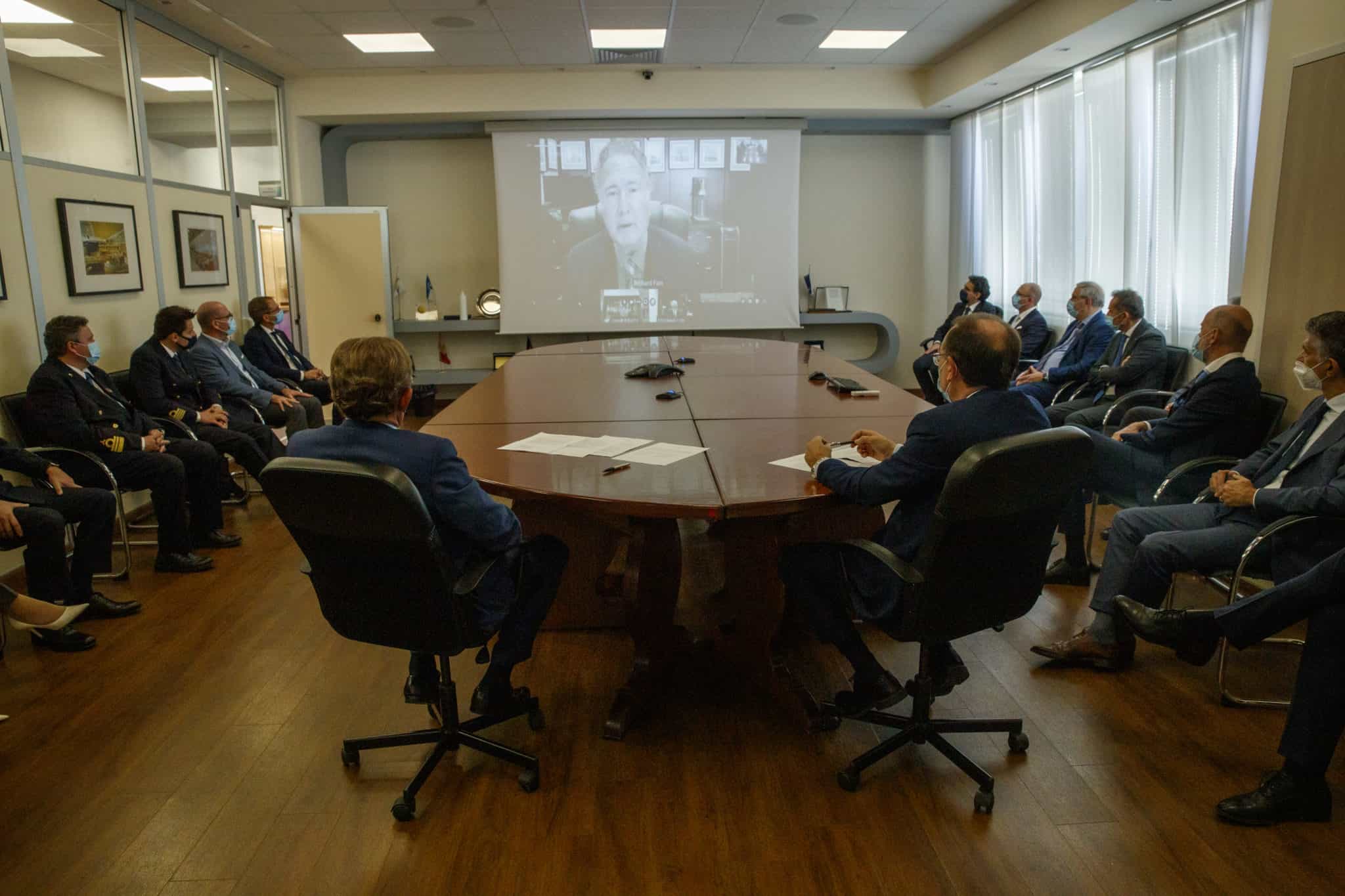 “I congratulate all those involved in the build of Silver Moon; it is a proud moment for everybody at Silversea Cruises, the Royal Caribbean Group, and Fincantieri,” says Richard D. Fain, Chairman and CEO of the Royal Caribbean Group. “This beautiful ship represents the resilience of the global cruise industry and it is encouraging to see such innovation and progress in this challenging period… Silver Moon represents the pinnacle of luxury travel; I look forward to welcoming our guests aboard in the near future.”

Currently, Silver Moon is scheduled to begin sailing in January 2021. 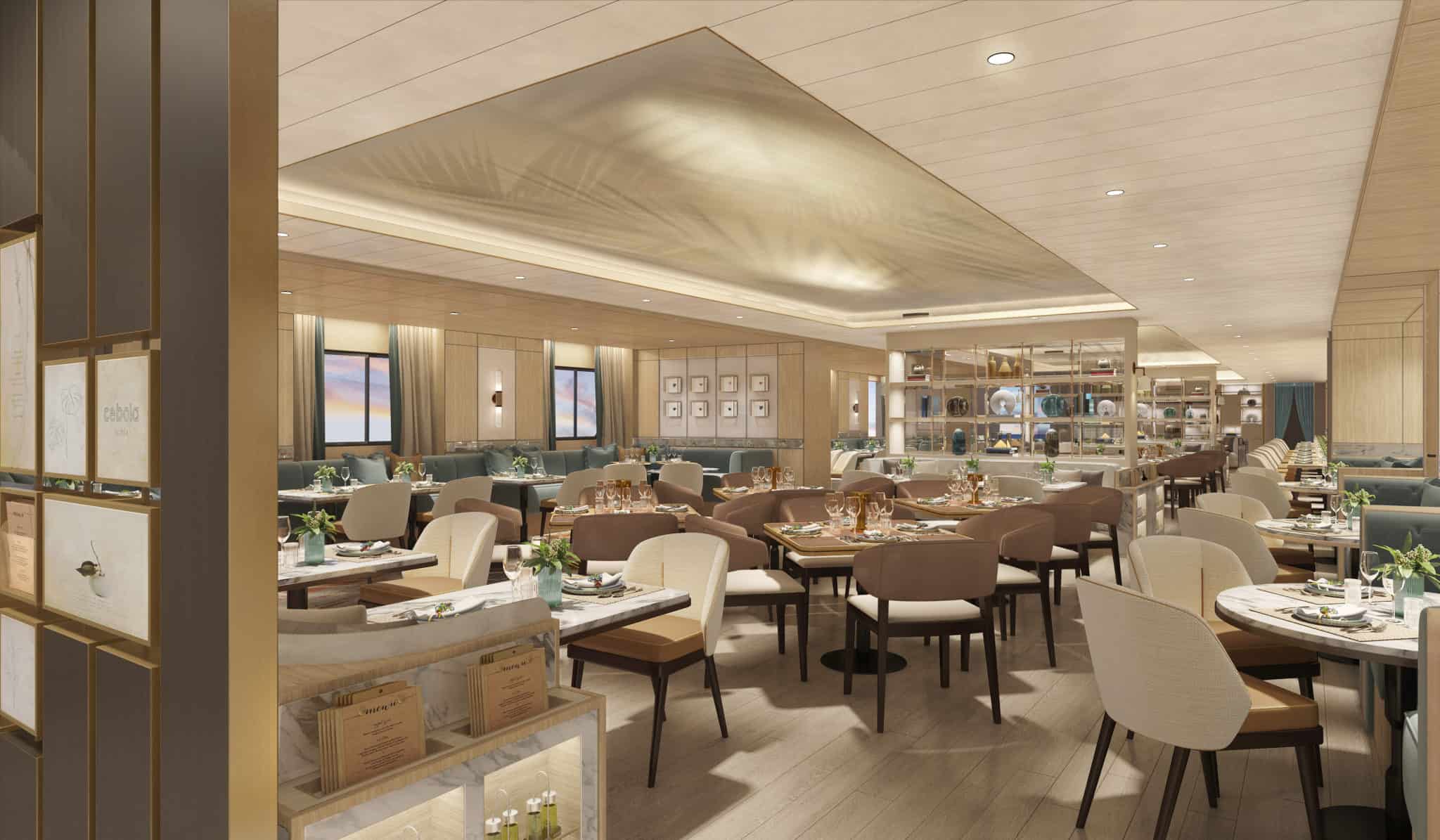 Debuting aboard Silver Moon is a new culinary program called S.A.L.T., which stands for Sea and Land Taste. As part of the program, three new venues will form a culinary hub of sorts on deck 4.

S.A.L.T. Kitchen is the first large-scale regional restaurant aboard a luxury cruise ship, and will offer a menu that changes with the destination as well as a regionally inspired wine list. S.A.L.T. Lab is a test kitchen where passengers can learn about local ingredients and artisanal techniques through workshops, tastings, and demonstrations. S.A.L.T. Bar allows travelers to sample flavors of the destination through a selection of wines, spirits, and more. 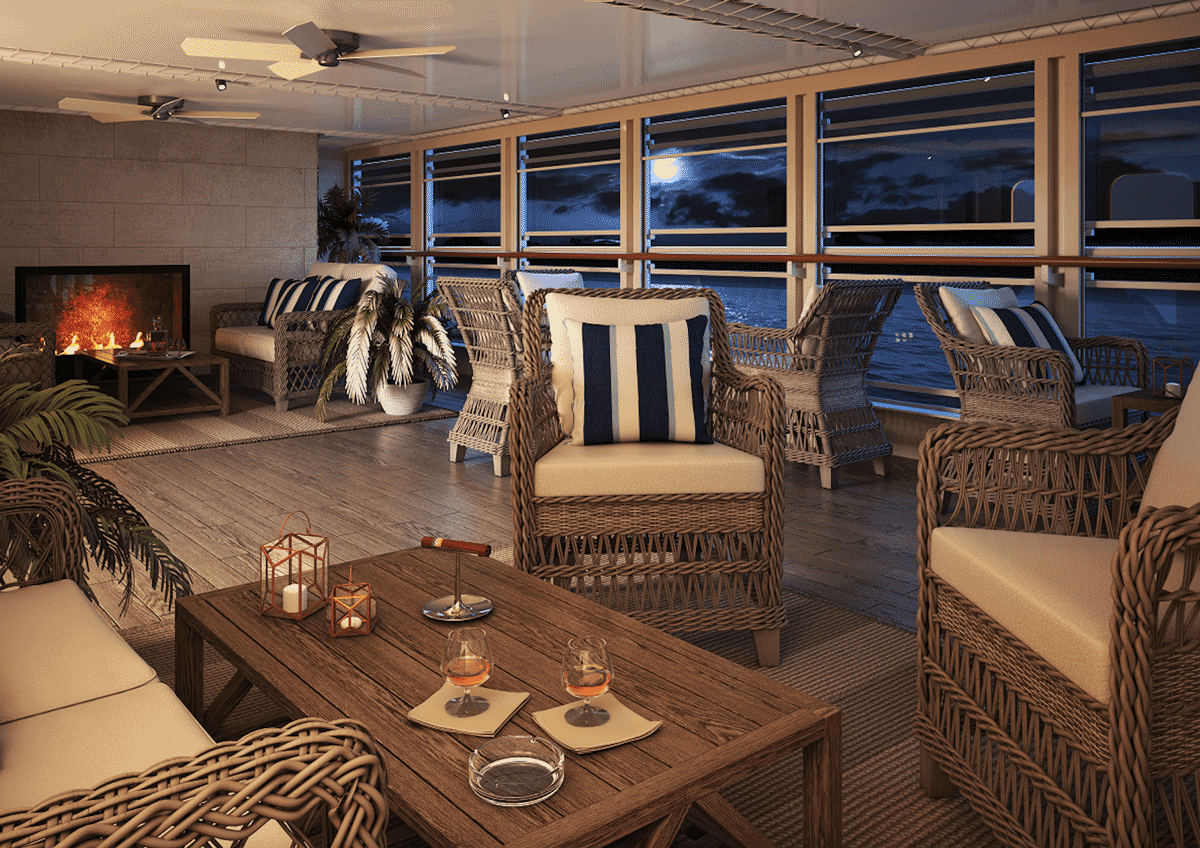 The 596-passenger ship Silver Moon takes influence from the design of her sister ship Silver Muse in many ways, such as the small-ship intimacy and spacious all-suite cabins that Silversea guests have come to know and love. But she also has a number of public spaces that have been reimagined:

Silver Moon marks Fincantieri’s second cruise ship delivery since the pandemic began early this year. The first was the 3,660-passenger Enchanted Princess, delivered to Princess Cruises. The shipyard is scheduled to deliver one more cruise vessel this year: Costa Firenze to Costa Cruises in December.

Silver Moon is the second of three sister ships that Fincantieri is building for Silversea. The third, Silver Dawn, is scheduled for delivery in 2021.