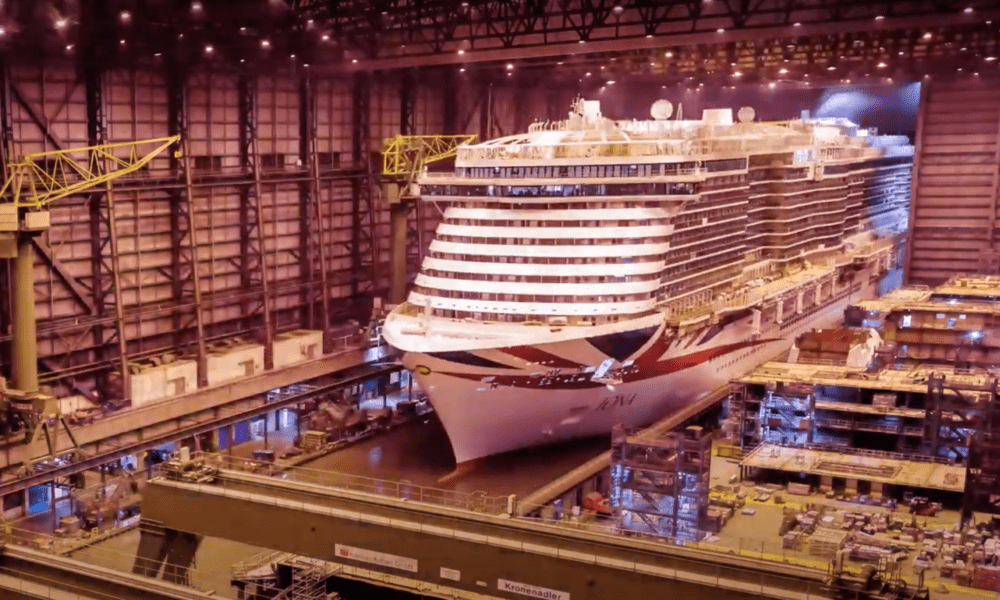 P&O Cruises officially took ownership of their new vessel Iona last month, which is set to begin sailing with passengers in 2021. It’s the largest cruise ship ever built for the UK market and the first British cruise ship to be powered by liquefied natural gas. 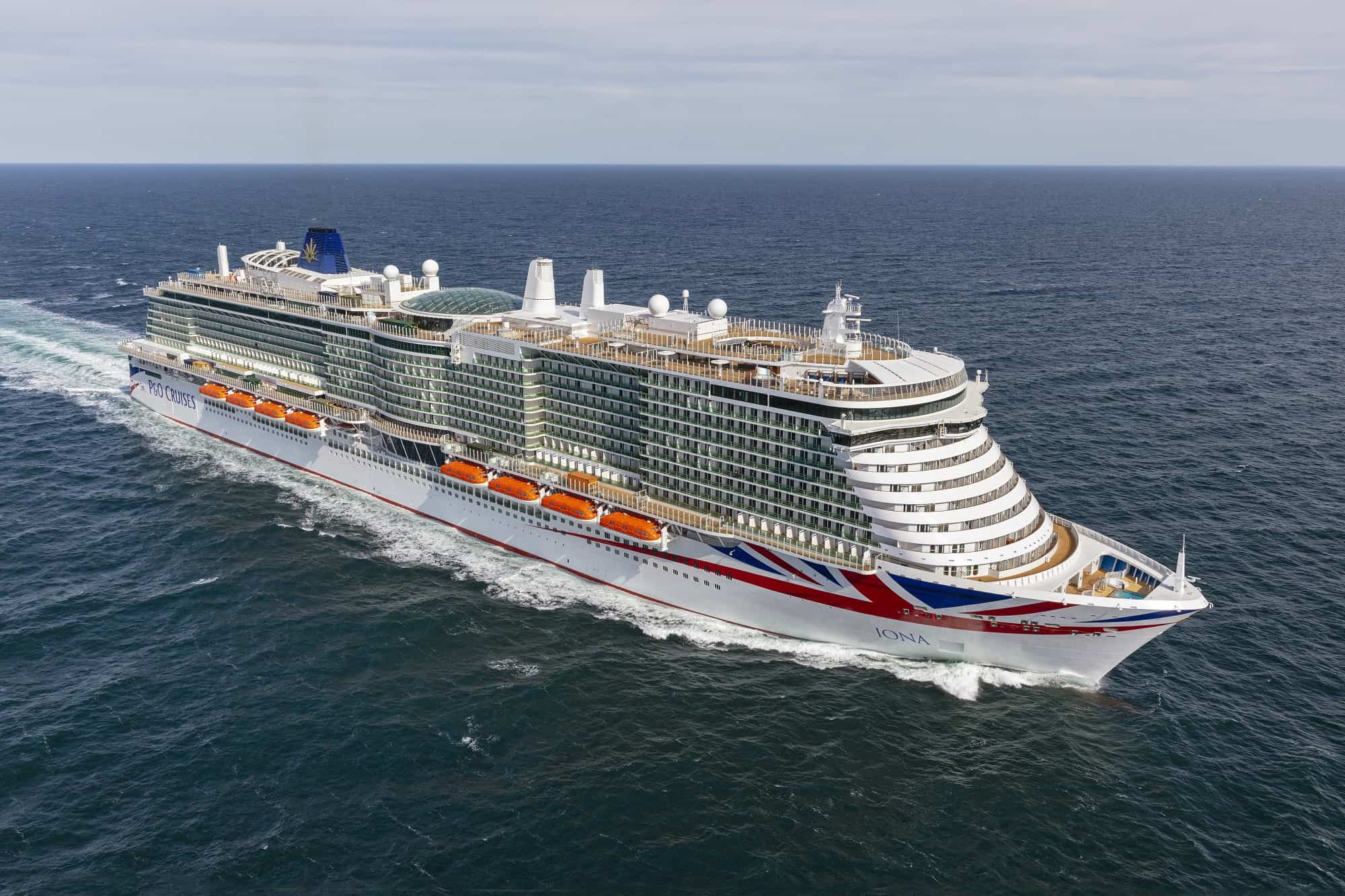 In celebration of Iona joining the P&O Cruises and Carnival Corporation family, the line shared a time-lapse construction video from when major blocks were being added onto the ship all the way until she was floated out for further finishing touches to be added outside.

P&O Cruises president Paul Ludlow said of her delivery, “Iona‘s delivery is a very positive signal for the future of cruising. She is now officially part of the P&O Cruises fleet and we are focused on readying her to welcome guests during her new maiden season to Northern Europe, Spain, Portugal and the Canary Islands from our home port of Southampton.”

Iona includes many brand-new features for P&O, including a two-deck pool space with a glass dome roof called SkyDome, the first-ever gin distillery at sea, and a spa with destination-themed treatments. The ship also has eight specialty restaurants, 13 entertainment venues, and an infinity pool that looks out over the scenery at the aft. 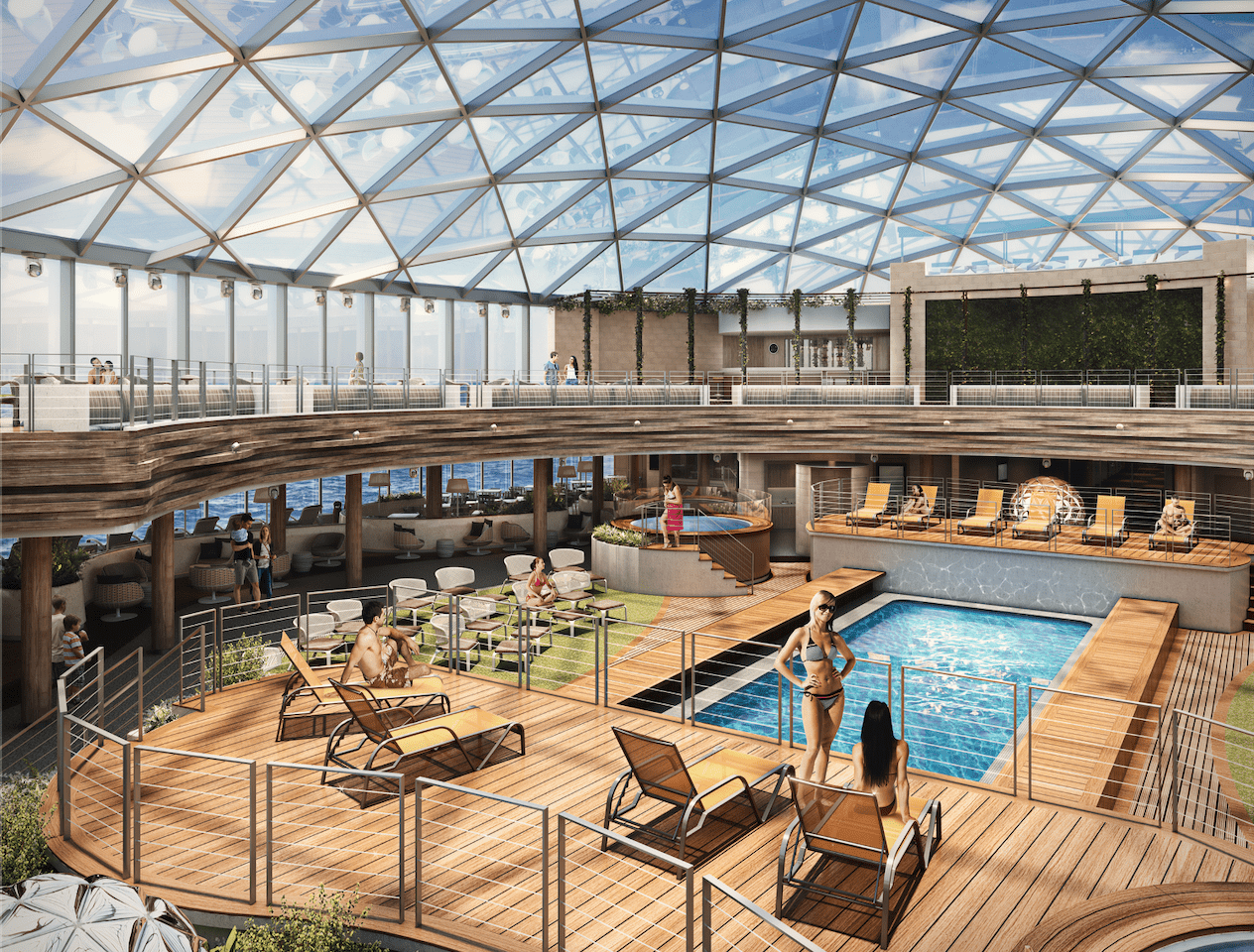 Rendering of the SkyDome – Photo courtesy of P&O Cruises