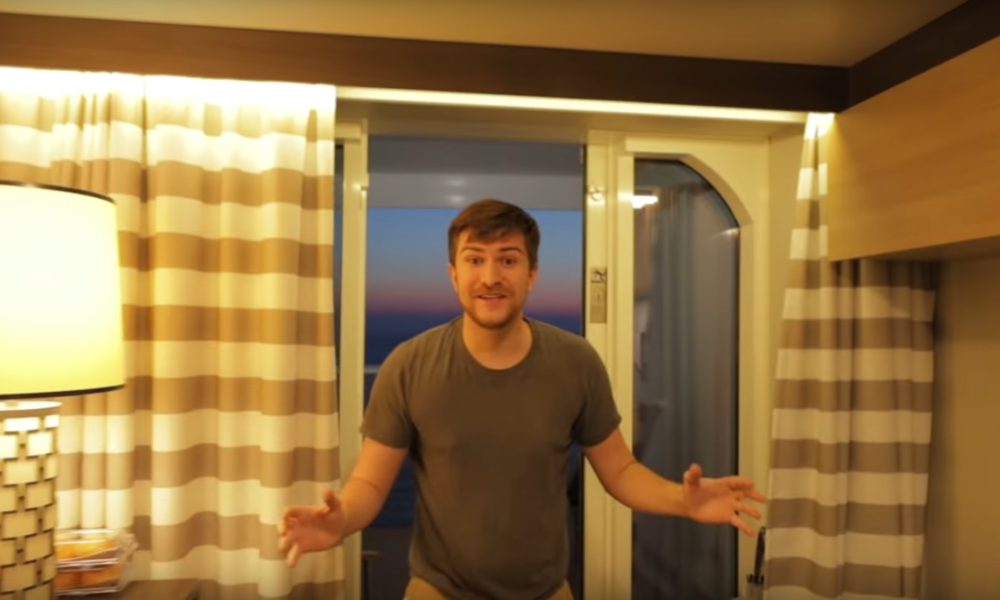 As the cruise industry slowly begins to ramp up around the world, crew members have started returning to their ships. It’s a complicated process, involving special government clearances, multiple quarantines and lots of new procedures once they’re returned to their position.

Among them is Royal Caribbean Audio/Visual Tech Riley Tench, who works aboard Quantum of the Seas in Asia.

Earlier this year, Riley, in a series of videos, documented the 149 days he spent aboard Quantum after the cruise industry in China and other Asian countries began to shut down in late January and early February.

He shared his surreal journey home on July 11, traveling through nearly deserted airports in Asia, marveling at the lack of temperature screening upon his return to the US, his first meal off a cruise ship in five months  – McDonald’s, of course, and his set up at home to quarantine for 14 days upon his return.

He’s on his way back

Riley shares his experience quarantining in a Miami hotel as he prepares to fly to Singapore (Photo: YouTube/RileyTench)

After barely 3 months at home in Alaska, Riley is returning to Quantum of the Seas, the first Royal Caribbean ship to return to service, as it prepares to resume cruises from Singapore exclusively for residents of Singapore on December 1, 2020.

In his latest video, Riley shares what’s he’s been through so far.

As part of the month-long process to return to the ship, Riley flew from Alaska to Miami on October 8, for a 14-day quarantine at a local hotel before finally flying to meet the ship in Singapore. Once he re-boards Quantum of the Seas on October 28, he’s subject to an additional 14-day quarantine.

“When I first get on board, I’m going to be quarantined for another 14 days on the ship in a balcony stateroom,” Riley says in the video, which already has over 48,000 views on YouTube. “After that, I’ll be allowed to start working and be reassigned to a regular crew cabin and stuff.” 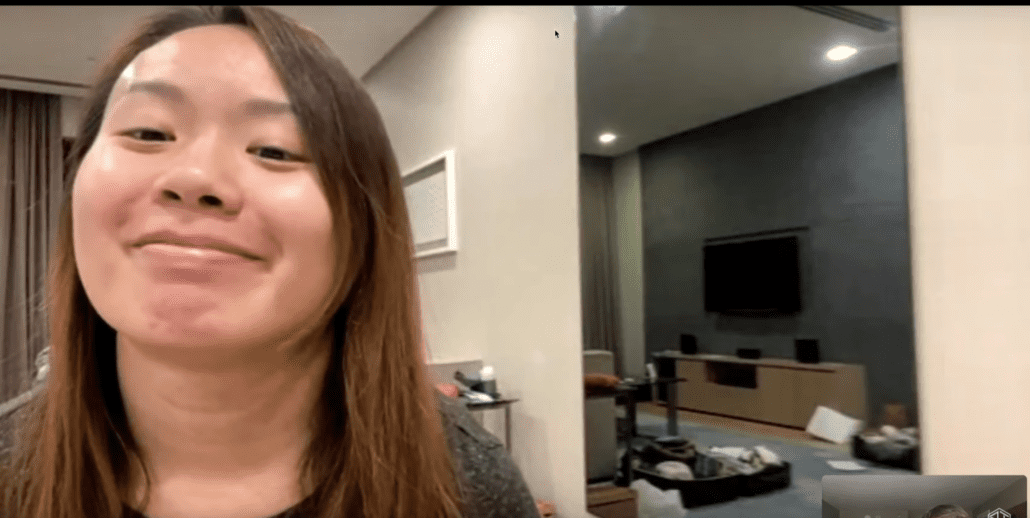 Cassandra, fellow Quantum of the Seas crew member and Riley’s girlfriend, will also be rejoining the ship (Photo: YouTube/RileyTench)

Riley shared that his girlfriend, fellow Quantum crew member Cassandra, from Malaysia, would also be rejoining the ship, but he wouldn’t get to see her until their 14-day quarantine aboard the ship, in separate cabins, is completed.

Cruises on Quantum will be different come December 1 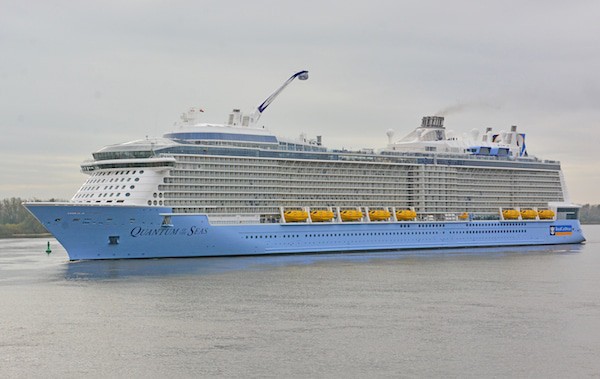 Royal Caribbean’s Quantum of the Seas will return to service in Singapore on December 1, 2020

When Quantum of the Seas returns to service, the ship will be sailing cruises to nowhere – passengers embark, the ship heads out to sea for a few days, allowing passengers to enjoy the amenities aboard the ship and gamble in the casino, before returning right back to Singapore. This creates a bubble, minimizing interactions with others not aboard the ship.

Crew members will not be able to leave the ship once they board, so they’re also in the bubble until the end of their contract.

Despite the ‘new normal’ that will be the reality on board the ship for the foreseeable future, Riley says he’s focused on making sure passengers still have a good time while staying safe,

“My goal over the next five months is to show you… exactly the steps we’re taking to cultivate a safe and healthy environment on board, he said. “And not only that, but an enjoyable environment, and environment where you’re actually going to want to go on a cruise.

“Because I genuinely believe despite… all of this, that it is still possible to not only have a safe and healthy cruise vacation, but to have one that’s fun, and memorable and exciting and something that you can spend your money on and feel good about when you go home.” 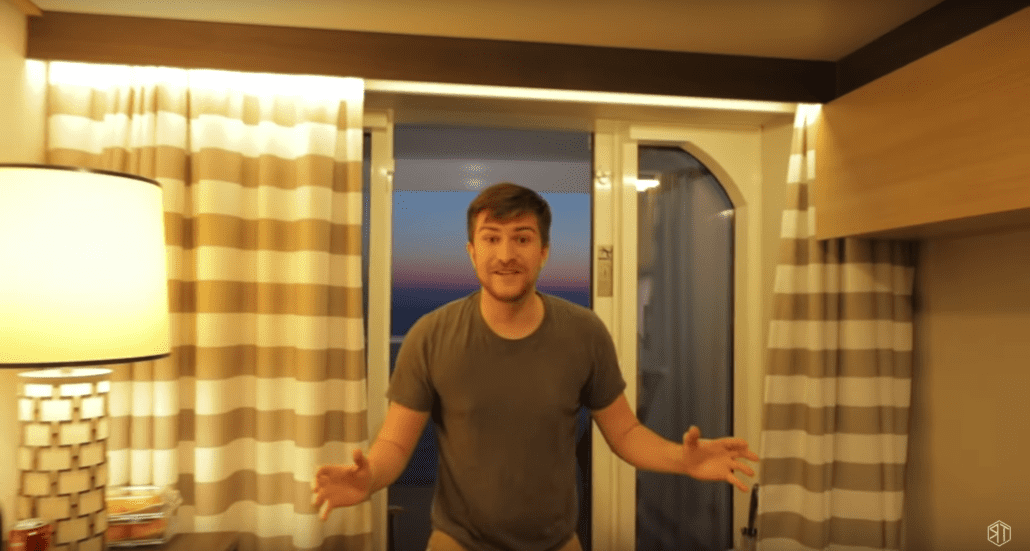 Riley exploring a guest cabin on Quantum of the Seas during his time on the empty ship earlier this year (Photo: YouTube/RileyTench)

Riley commented on how fortunate he is to be heading back to work, even as much of the industry remains shut down.

“I also wanted to recognize… what a privileged position I’m in right now to be able to go back to work in the cruise industry so soon,” Riley said. “Literally tens of thousands of crew members, some of my very good friends… are struggling to make ends meet right now… that’s not anyone’s fault, that’s just the cards we’ve been dealt in this situation.

“I really wish there was a way for cruise ships to just magically start back up and everyone go back to work, but that’s not the reality we live in,” he said.

Author: adayincozumel
Filed Under: News
What You Need To Know
The CDC ‘Conditional Sailing’ Order for Cruise Ships