What To Do While Docked 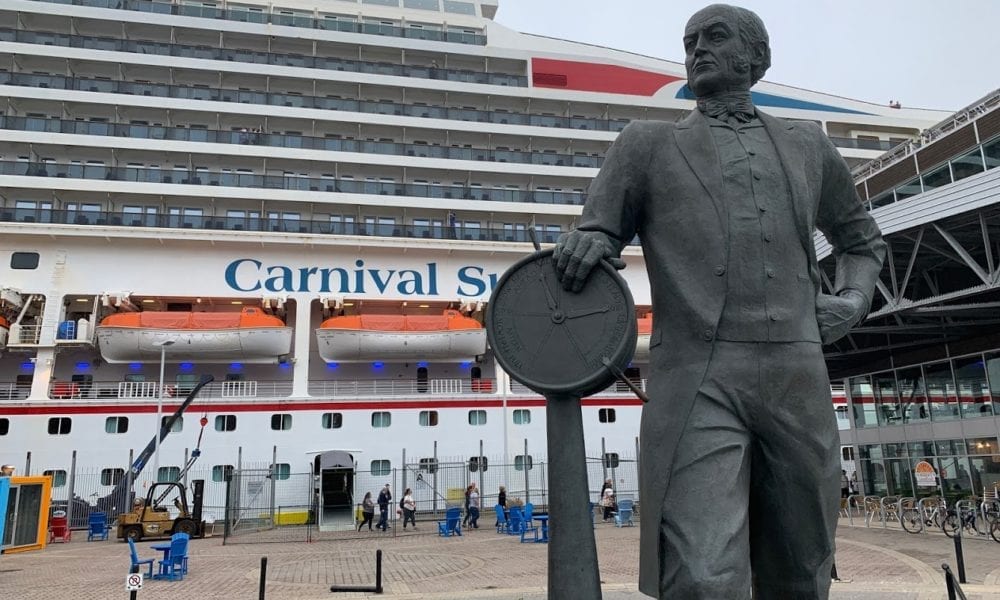 Situated on the eastern coast of Canada on one of the largest natural harbors in the world, Halifax is the capital of the province of Nova Scotia and the largest metropolitan area on Canada’s Atlantic Coast.

Where Do Cruise Ships Dock in Halifax? 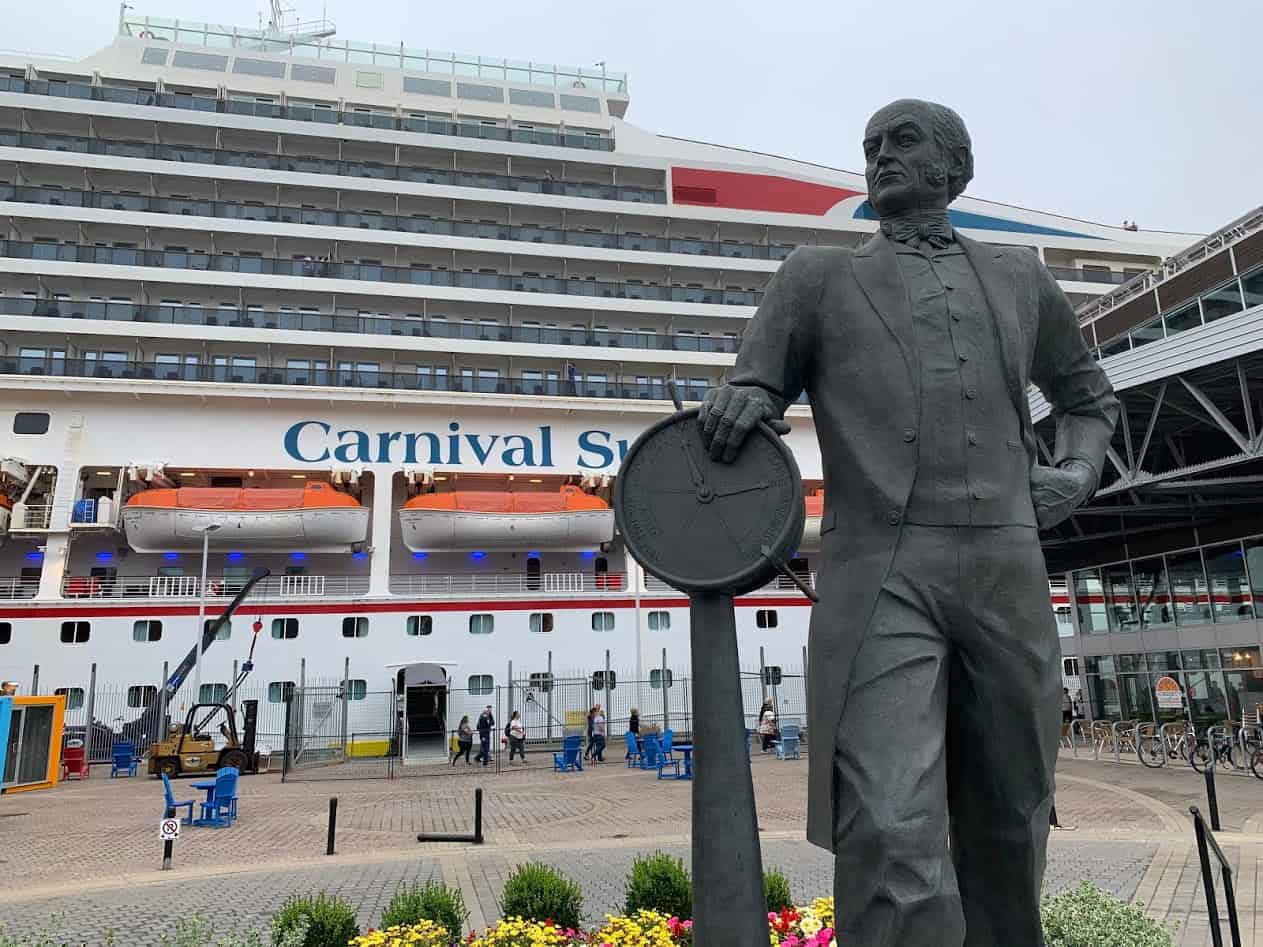 A popular port of call on Canada and New England cruises, ships dock at piers 20 and 22 near the downtown area — providing passengers convenient ship-to-shore access.

Visitors can easily set out to explore Halifax’s compact downtown area on foot, or connect with public transportation, taxis, or rideshares at the terminal.

If multiple cruise ships are in port, they may dock at lower berths and passengers will be shuttled to the terminal.

Halifax has a long history as a military outpost thanks to its strategic position on Canada’s eastern coast. The area was originally occupied by the Mi’kmaq people, who inhabited much of present-day Nova Scotia, New Brunswick, and Prince Edward Island. The city was officially established by the British in 1749 and named after George Montagu-Dunk, the 2nd earl of Halifax.

Halifax is best known for its role in the aftermath of the sinking of the Titanic. At first, it was thought that the damaged Titanic would sail to Halifax since it was the closest major port to the ship.

Within hours of the Titanic sinking, Halifax sent out several of the city’s ships to help in recovery efforts, and so the city became the final resting place for many of the Titanic’s victims. 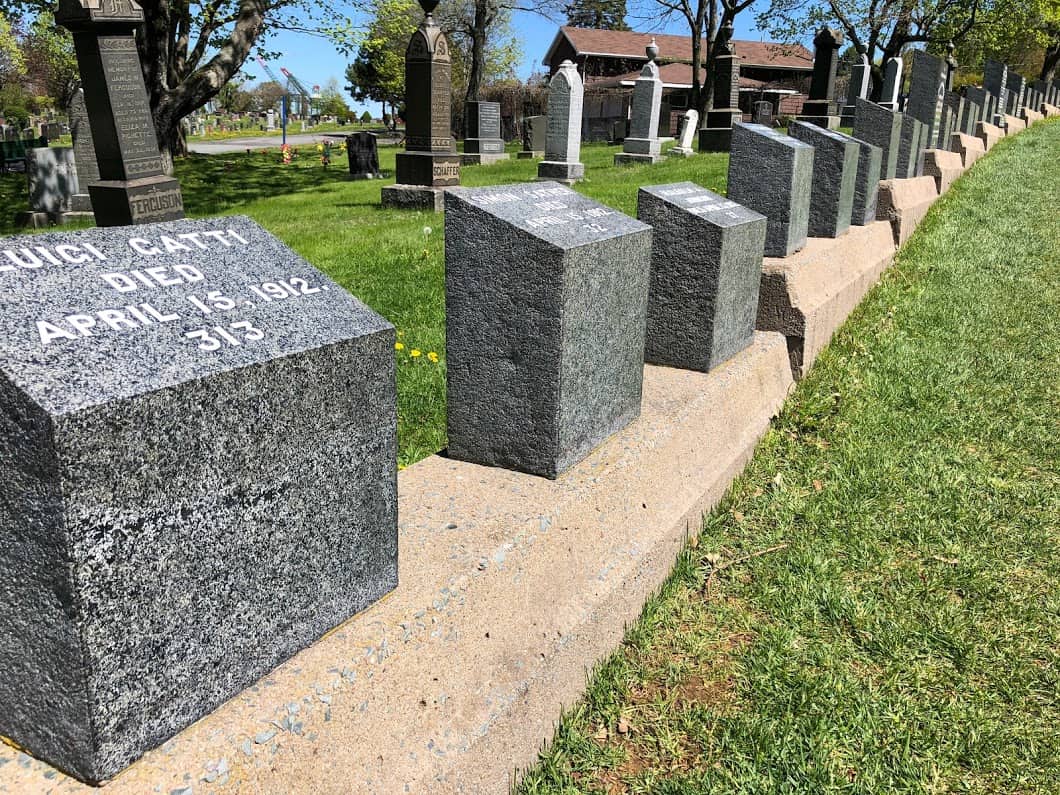 The graveyard where the passengers were buried from Titanic in 1912.

One hundred fifty bodies recovered from the Titanic were buried in three of the city’s cemeteries, all marked with black granite headstones inscribed with the same date, April 15, 1912.

Unfortunately, Halifax was also the site of one of the worst maritime disasters in history. In December of 1917, a French munitions ship collided with a Norwegian vessel in the harbor and the explosion resulted in the loss of over 2,000 lives and leveled much of the northern end of the city.

From the rubble, a prosperous economic and cultural hub was rebuilt and Fort Needham Memorial Park honors the memory of the victims of this horrific incident today. Linked with disaster, another tragic accident was Swiss Air flight 111 that crashed five miles off the coast of Halifax, Nova Scotia on September 2, 1998.

A memorial was erected at the park paying tribute to the 229 souls that perished that night. Visitors to the monument often lay a rose in front of the stone.

Local Food and Beverages in Halifax

Renowned for its seafood, you’ll find everything from fish and chips shacks to upscale eateries scattered throughout the downtown area. Halifax also has more pubs and clubs, per capita, than any other city in Canada. The Halifax Seaport Farmers’ Market is open daily during the summer months and is the longest continuously operated market in all of North America.

The market is located along the waterfront, just a short walk from the cruise terminal, and features fresh seafood, produce, baked goods, and bread. 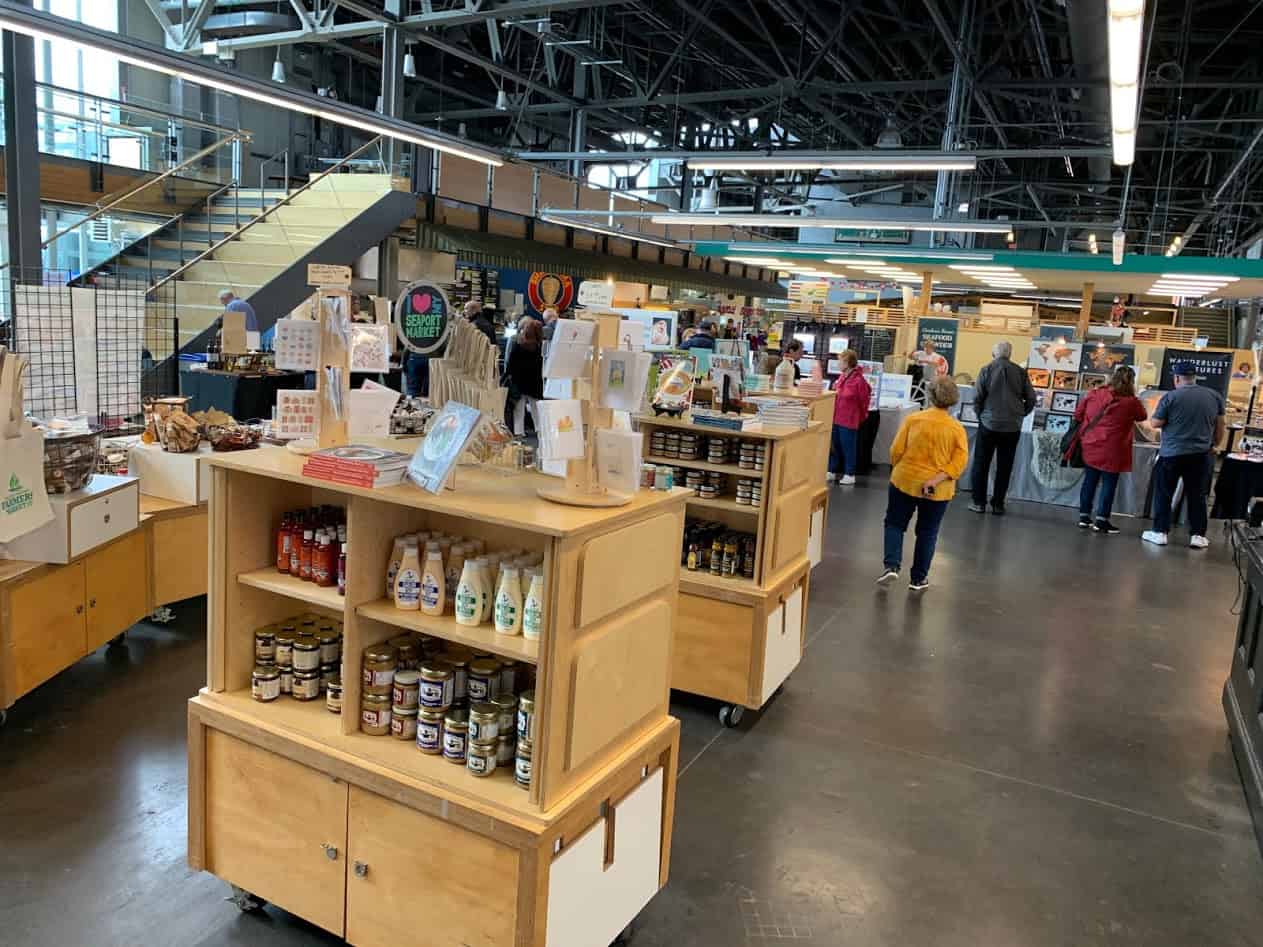 Continue along the Harbourwalk, which at over 4 kilometers is one of the longest continuous boardwalks in the world. You’ll also find Alexander Keith’s — Nova Scotia’s oldest brewery — right across from the boardwalk, which is open for tours. No visit to Halifax is complete without trying donair, the official food of Halifax. This late-night favorite consists of spiced ground beef, tomatoes, and onions served on a grilled pita and smothered in its signature sugary sauce.

You can find donairs in most pizza shops and you’ll also find donair-inspired donuts, egg rolls, poutine, and more around town.

You’ll find plenty of boutique shops and independent retailers downtown and along the waterfront.

For unique Nova Scotian goods, check out the handcrafted gift shops at Pavillion 22 or pick up a rum cake from the Rum Runners Rum Cake Factory.

Halifax is also known for its exquisite mouth-blown, hand-cut crystal. Located along the Halifax waterfront, NovaScotian Crystal is both a workshop and showroom where you can watch master craftsmen melting and shaping crystal into fine works of art. 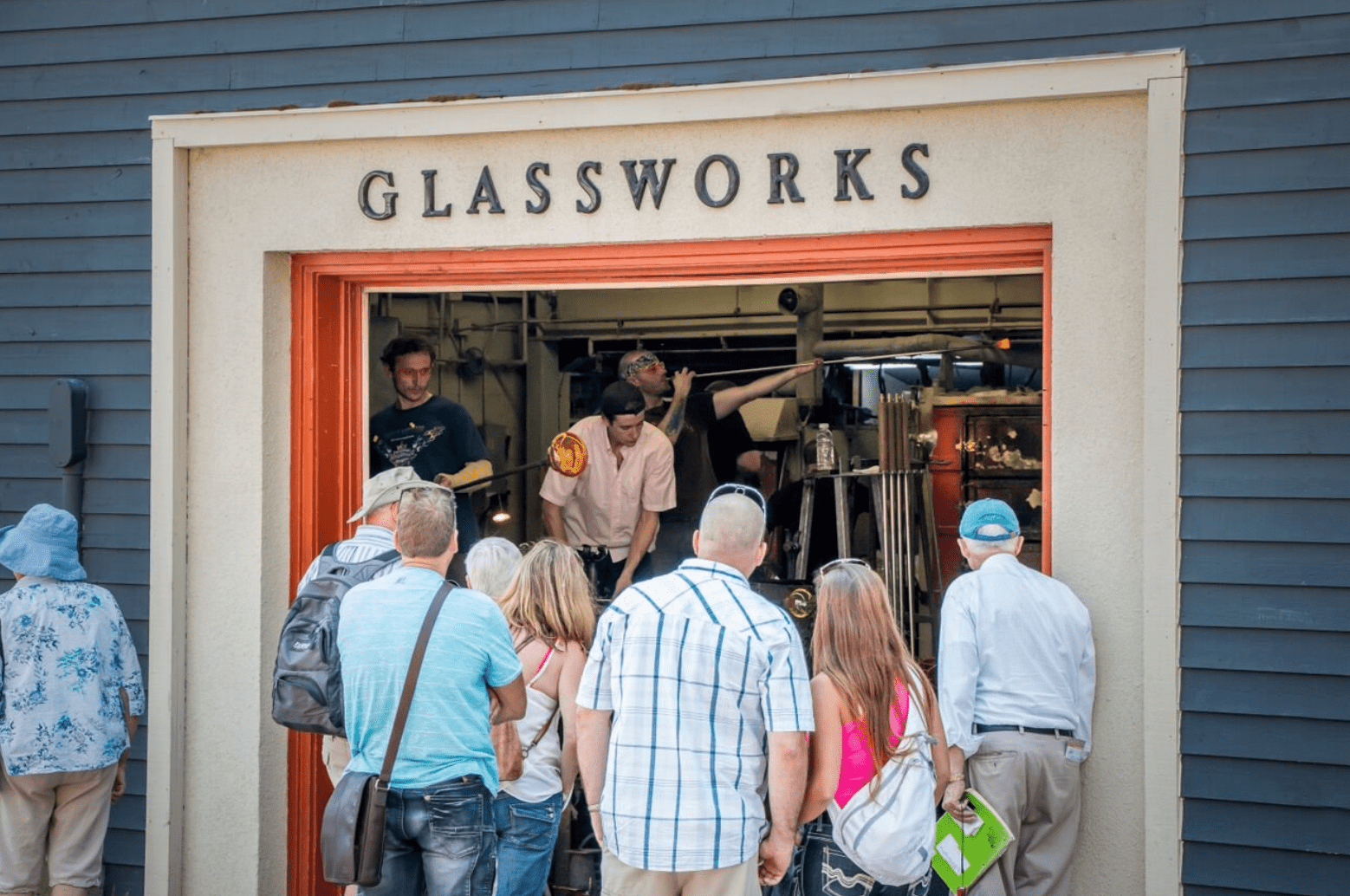 History buffs won’t want to miss a visit to the Maritime Museum of the Atlantic. The museum covers everything from the region’s first shipbuilders and tragic shipwrecks to the city’s involvement in the World Wars, the Halifax explosion, and the sinking of the Titanic.

Highlights include artifacts recovered from the Titanic, carved pieces of woodwork found near the wreckage, and a beautiful mahogany cabinet that survived the sinking. 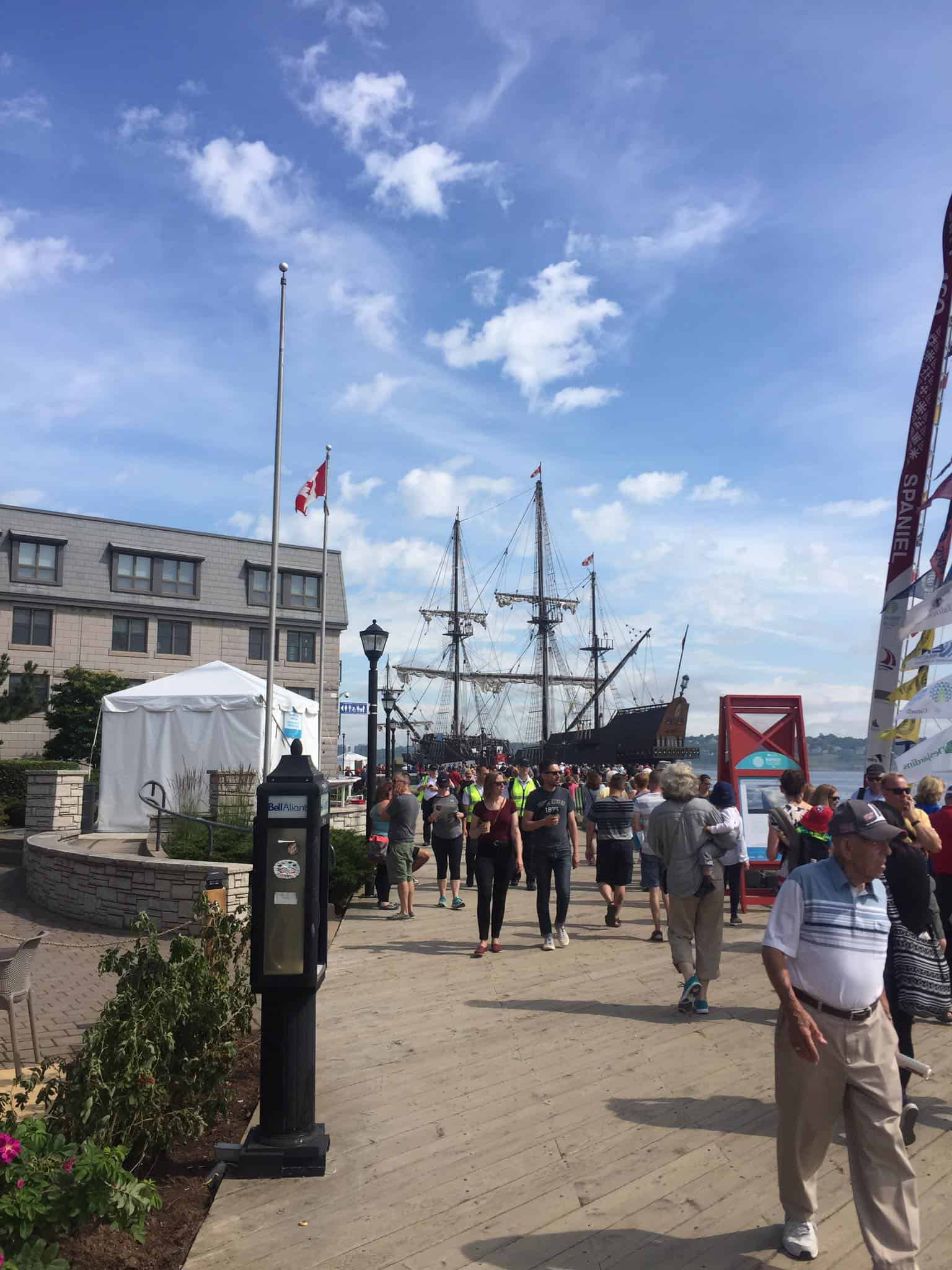 (Photo courtesy of Maritime Museum of the Atlantic Facebook)

For lovers of art, the Art Gallery of Nova Scotia is home to an extensive collection of local and Canadian art.

The gallery is the largest of its kind in Atlantic Canada and displays historic and modern Nova Scotian paintings, photography, and sculptures as well as rotating exhibits by international artists.

Pier 21 was the port of entry for over a million immigrants from 1928 through 1971 and is now a museum featuring photos, personal artifacts, and the stories of immigrants who traveled to Canada during this time. The center also features a vast library and archives for visitors interested in researching their family history. 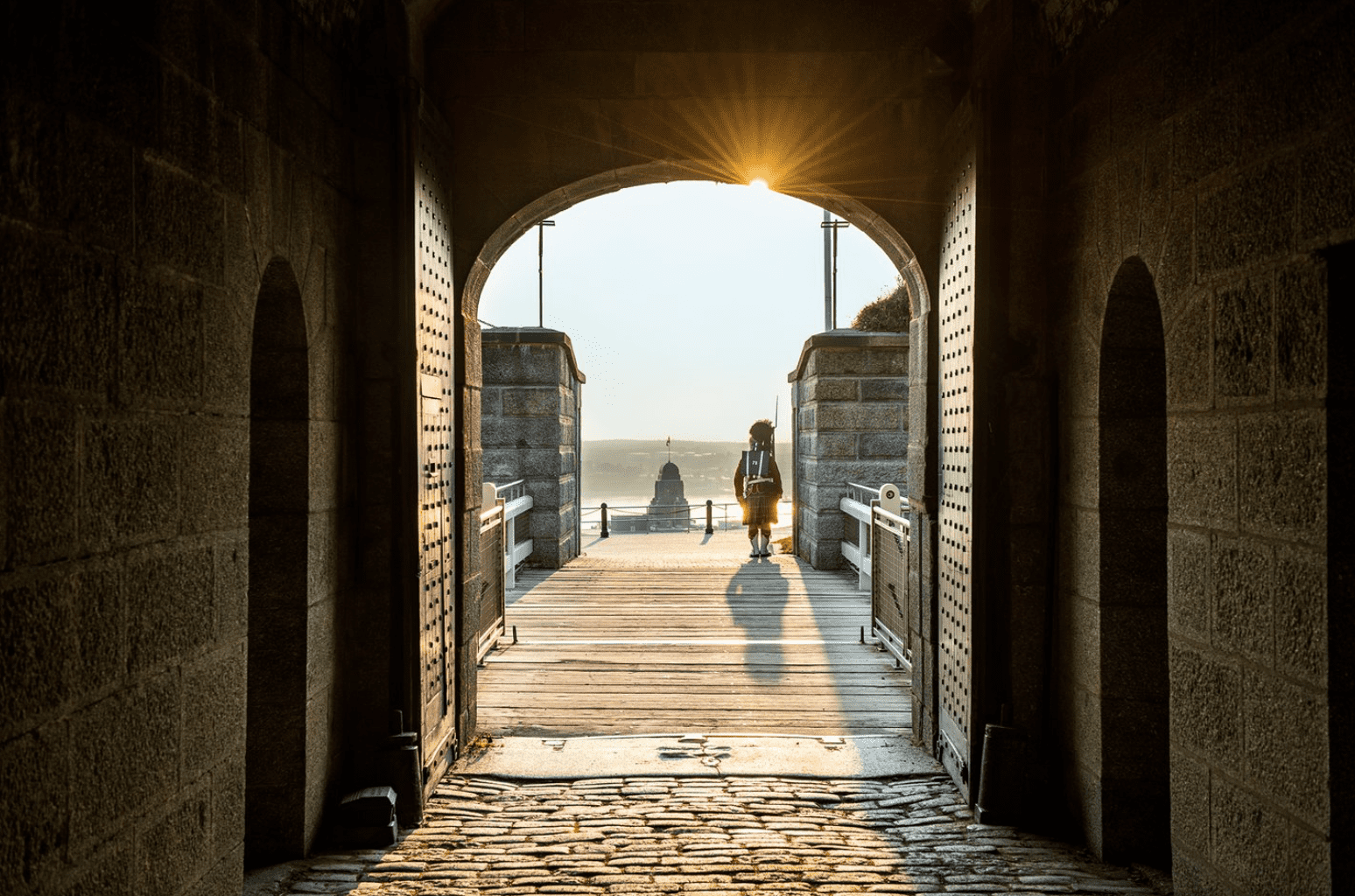 To ensure you see all the top Halifax city sights, consider booking a guided city sightseeing tour. Tours visit such area attractions like the Halifax Citadel National Historic Site, the Old Town Clock, the Maritime Museum of the Atlantic, and more.

Tours include convenient round-trip transportation from the cruise port and interesting commentary about the city’s historical, cultural, and political significance from a local guide.

You can also opt for cycling or Segway city tours. 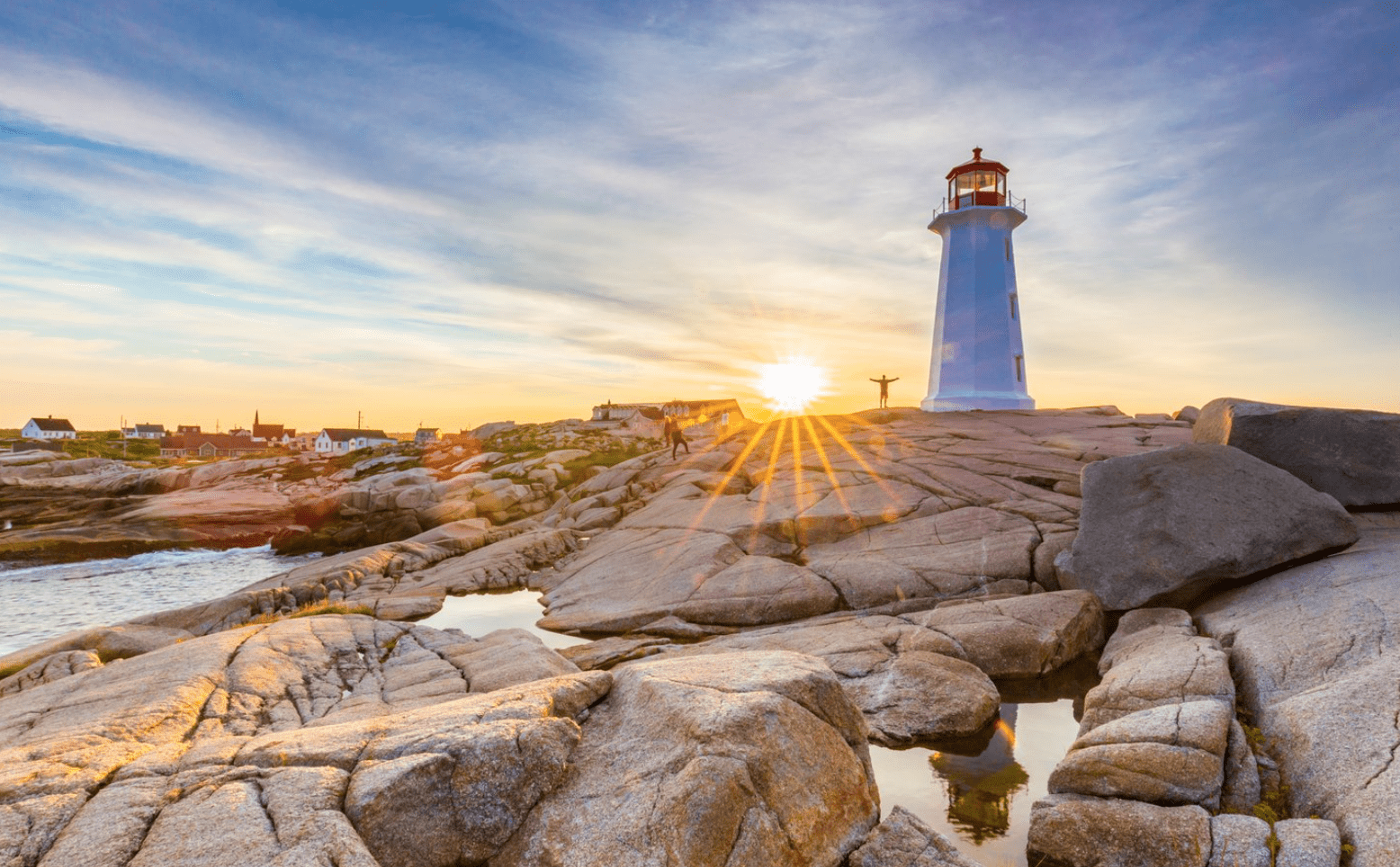 The picturesque red and white lighthouse at Peggy’s Cove is one of Nova Scotia’s quintessential sights. Peggy’s Cove day trip options are plentiful and you can choose between guided hikes, coastal cruises, and tours that also include the Halifax city highlights. 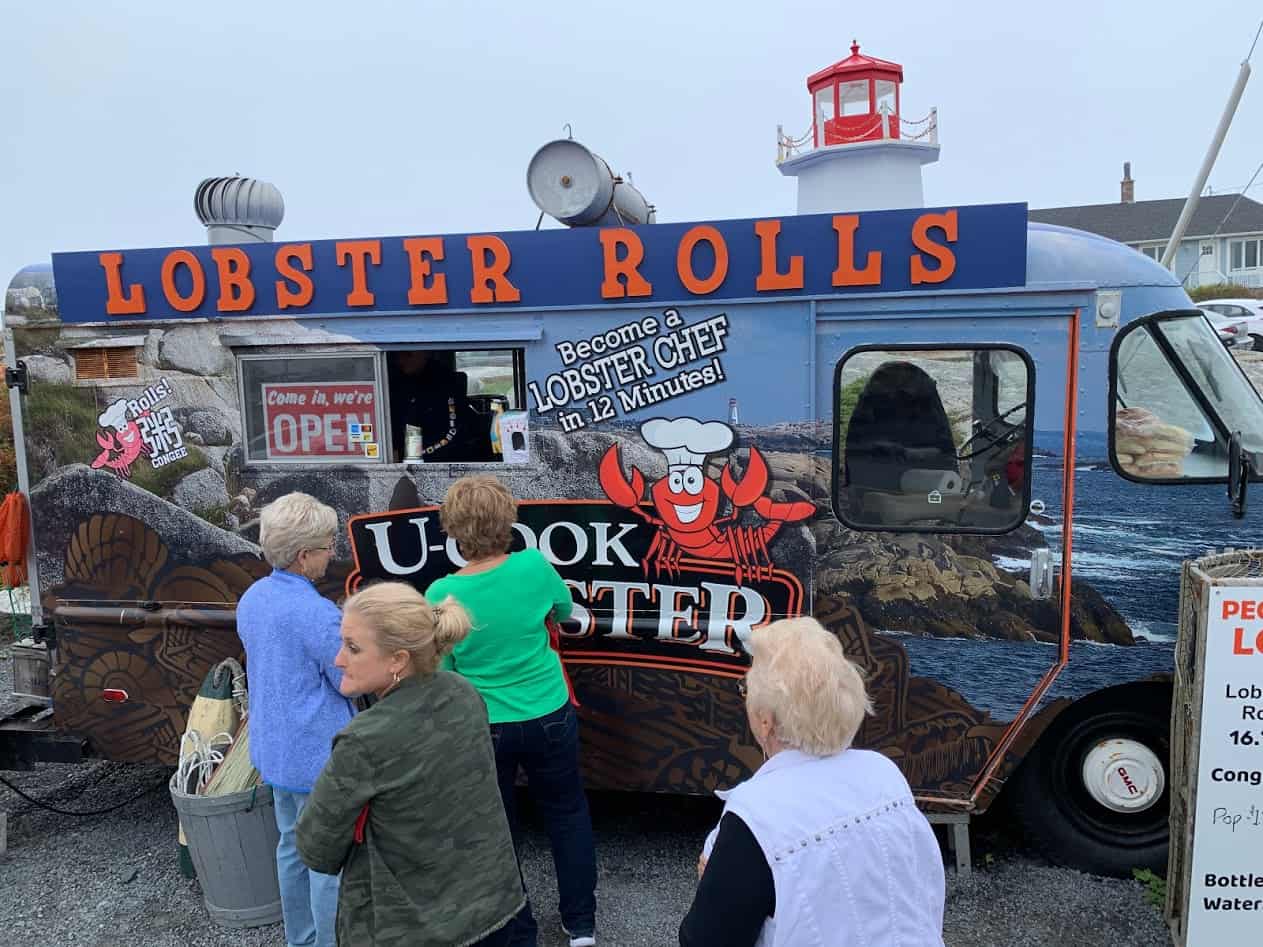 There are also food trucks, a dine-in restaurant, and a coffee shop by the lighthouse, so you won’t go hungry. 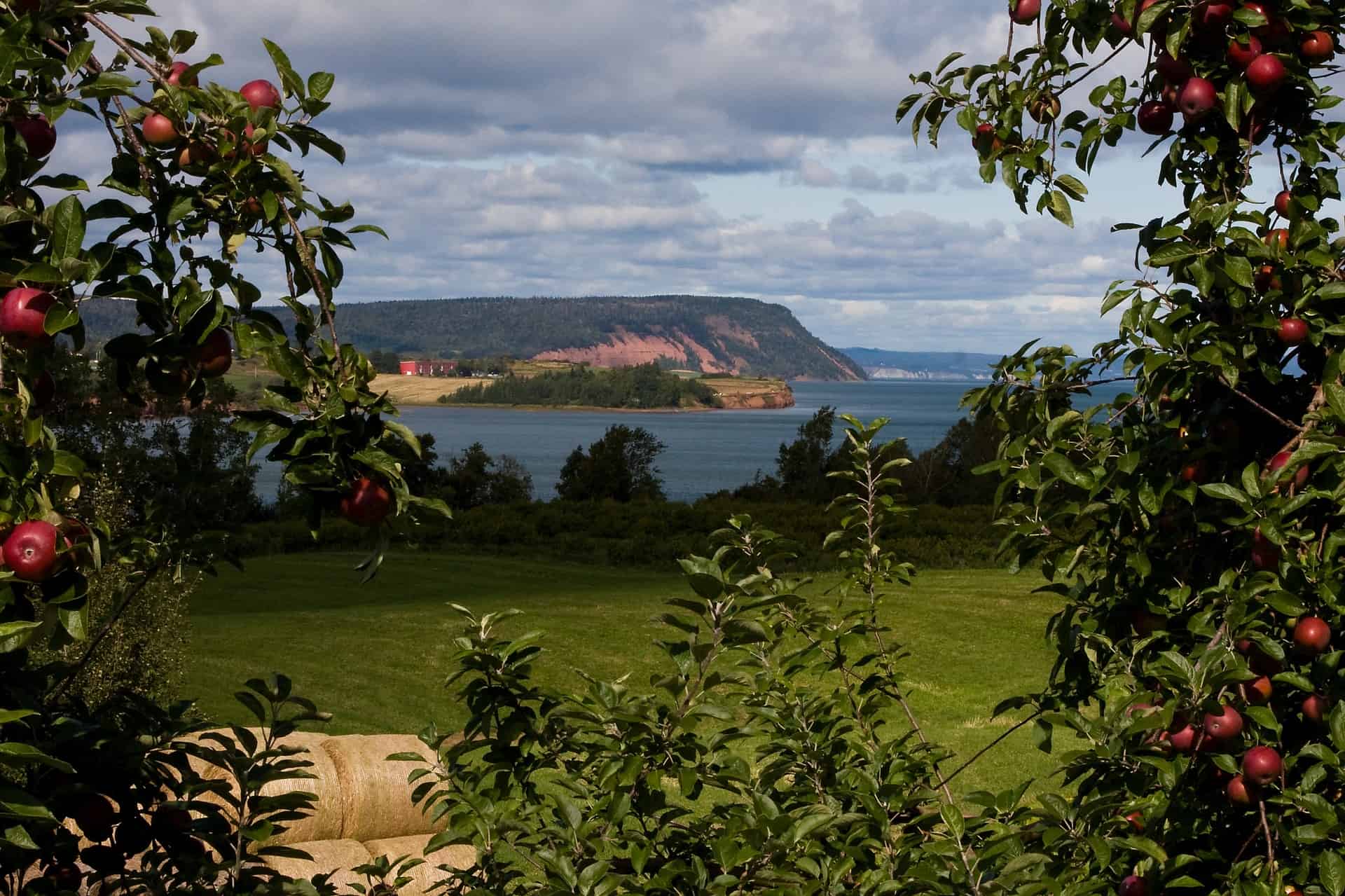 Nova Scotia’s fertile soil and unique maritime climate make it an ideal place for producing wine. Located only an hour outside of Halifax, the Annapolis Valley is home to several award-winning wineries and several wine tasting tours are available for cruise ship passengers.

If you’re looking for more of an off-the-beaten-path experience, head across the Halifax waterfront to Fisherman’s Cove, a quiet and quaint 200-year-old fishing village. You’ll find a handful of colorful shops along the waterfront, plenty of seafood joints, and ice cream shops. You can even rent a kayak and explore the coast on your own or join a guided trip out to McNabs Island.