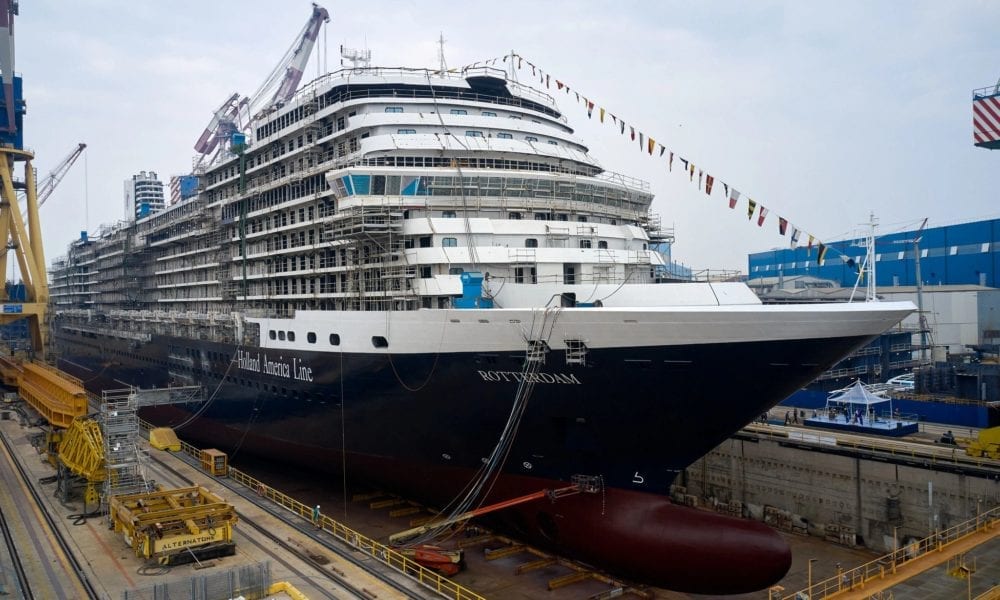 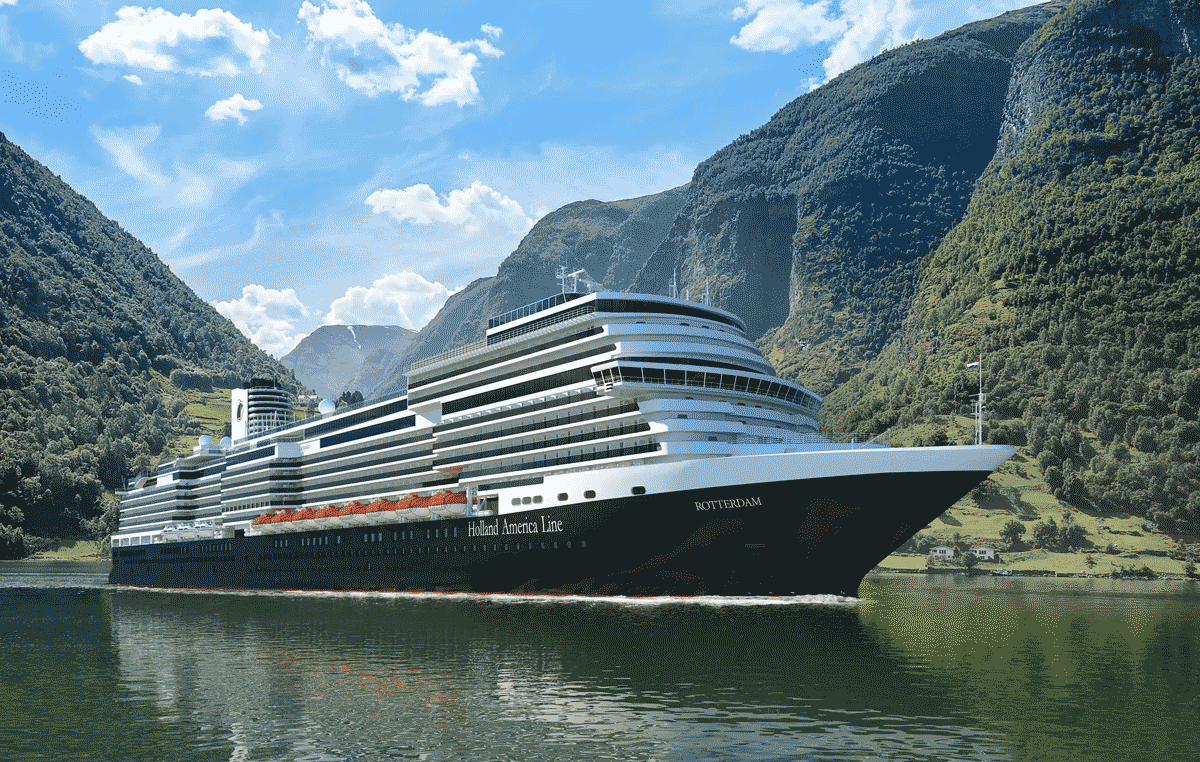 While we await the arrival of the new Holland America flagship, let’s explore the history of this legendary ship name, see what the new ship has in store, and take a look at the progress so far. 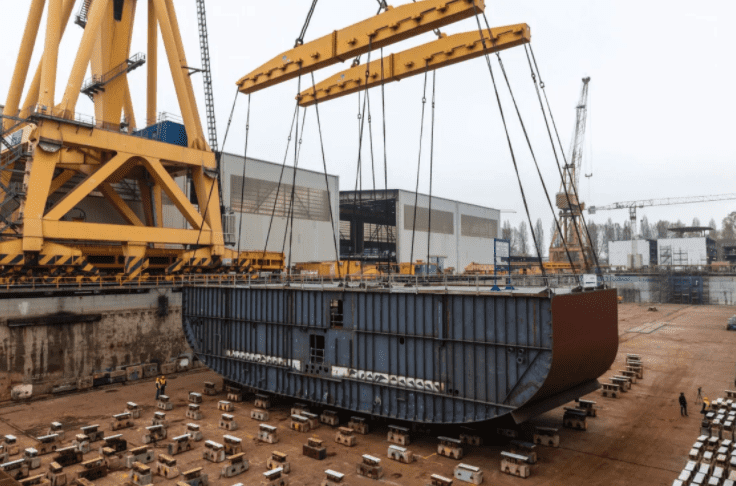 Last fall the keel was laid in Italy for the upcoming ship. (Photo courtesy of Holland America Line) 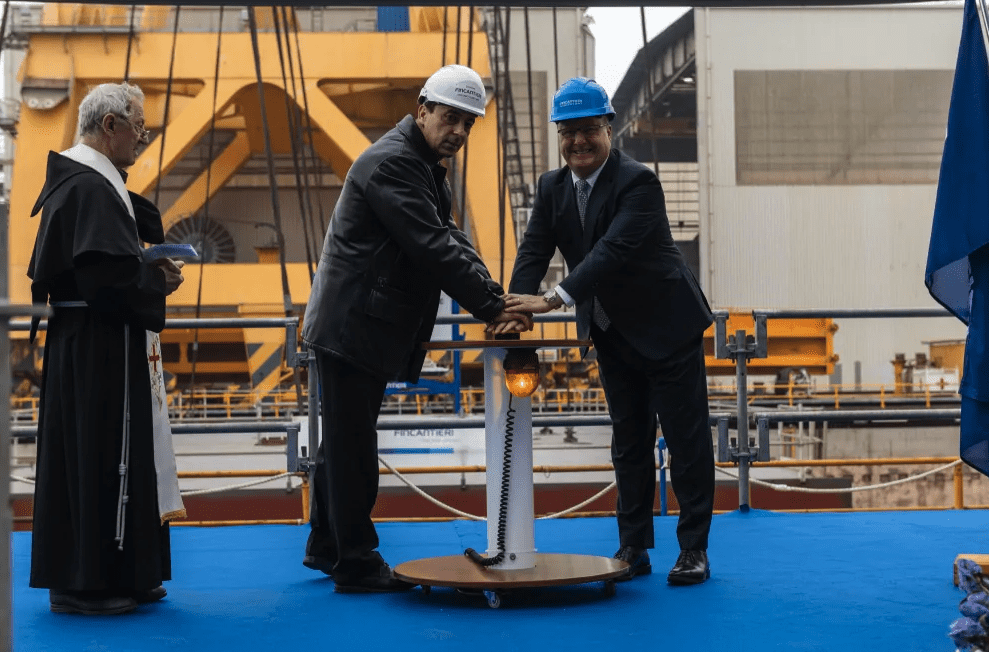 The Seventh Cruise Ship to Be Named Rotterdam

The first Rotterdam was also the first Holland America Line ship, making her maiden voyage from the Netherlands to New York on October 15, 1872. The ship was named after the city of Rotterdam where the company was headquartered. Rotterdam II was built in 1878 and Rotterdam III sailed from 1876 to 1906. 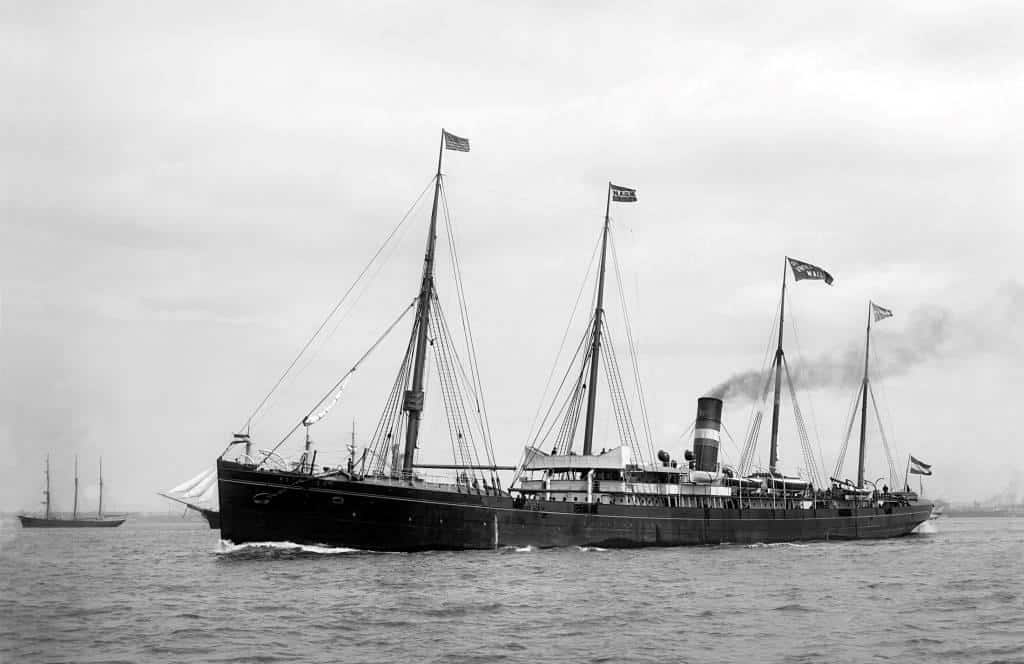 The Rotterdam II sailing in the 1800s. (Photo courtesy of Holland America Line)

The fourth Rotterdam entered service in 1908, served as a troop carrier during WWI and sailed transatlantic cruises after the war.

Rotterdam V, also known as “The Grande Dame” sailed across the Atlantic beginning in 1959 as a two-class ship, transitioning to single-class service 10 years later. 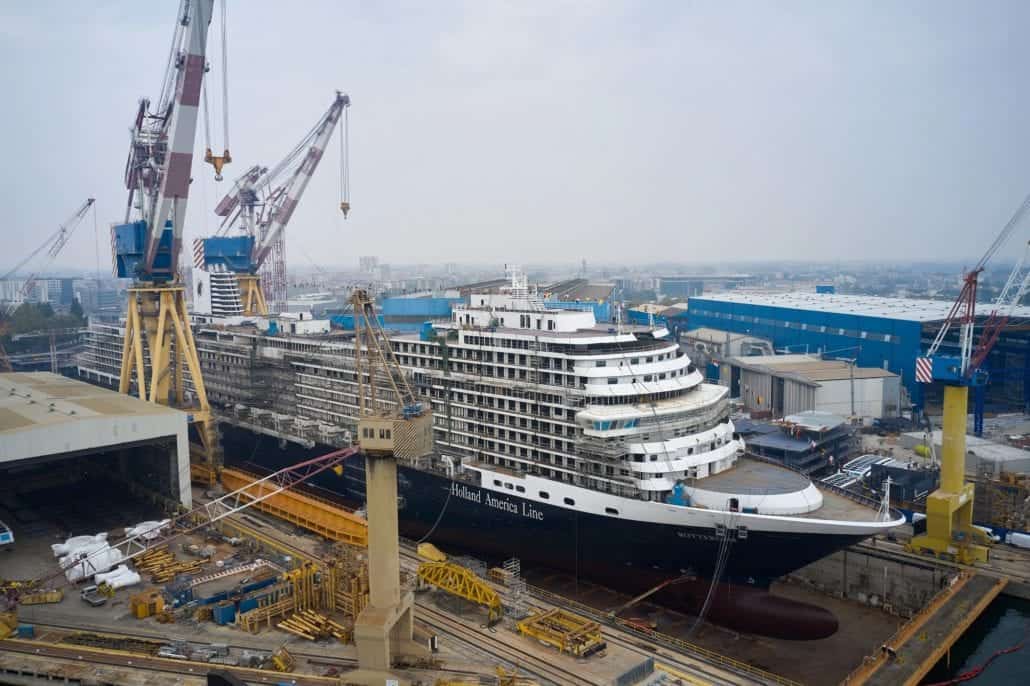 She Originally Wasn’t Going to be Named Rotterdam

As recently as early July, the seventh Rotterdam was destined to be christened Ryndam. But thanks to Holland America Line’s decision this summer to sell four ships, including Rotterdam VI, the line chose to rename Ryndam. 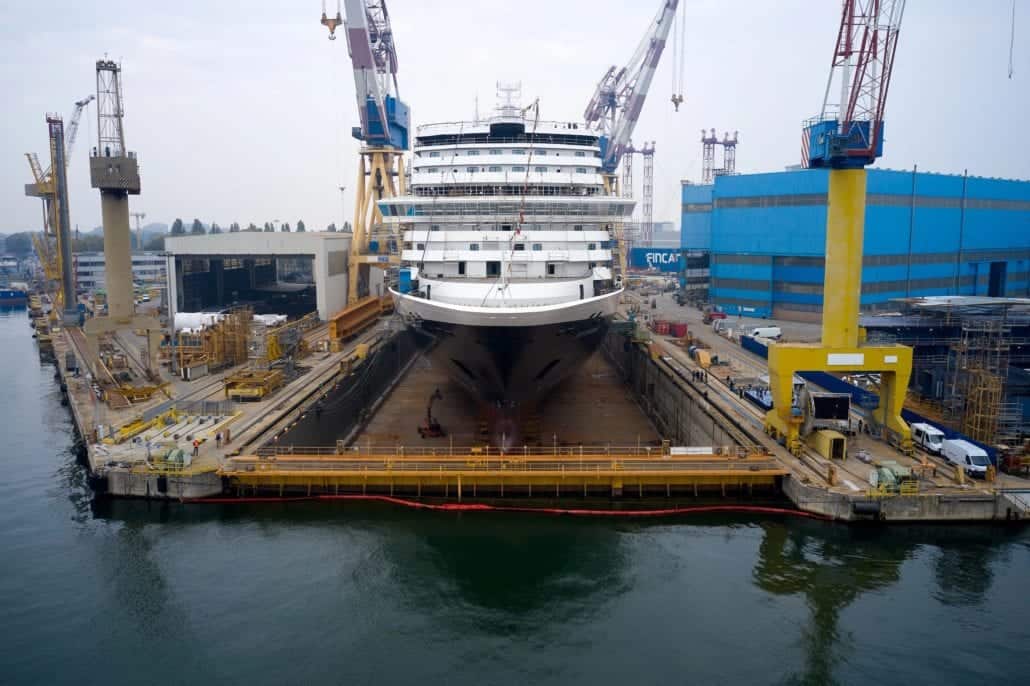 “With the current Rotterdam leaving the company, we knew we had a unique opportunity to embrace the name as our new flagship and carry on the tradition of having a Rotterdam in our fleet,” Gus Antorcha, Holland America Line’s president, said. “Seven is a lucky number, and we know she’s going to bring a lot of joy to our guests as she travels across the globe.” 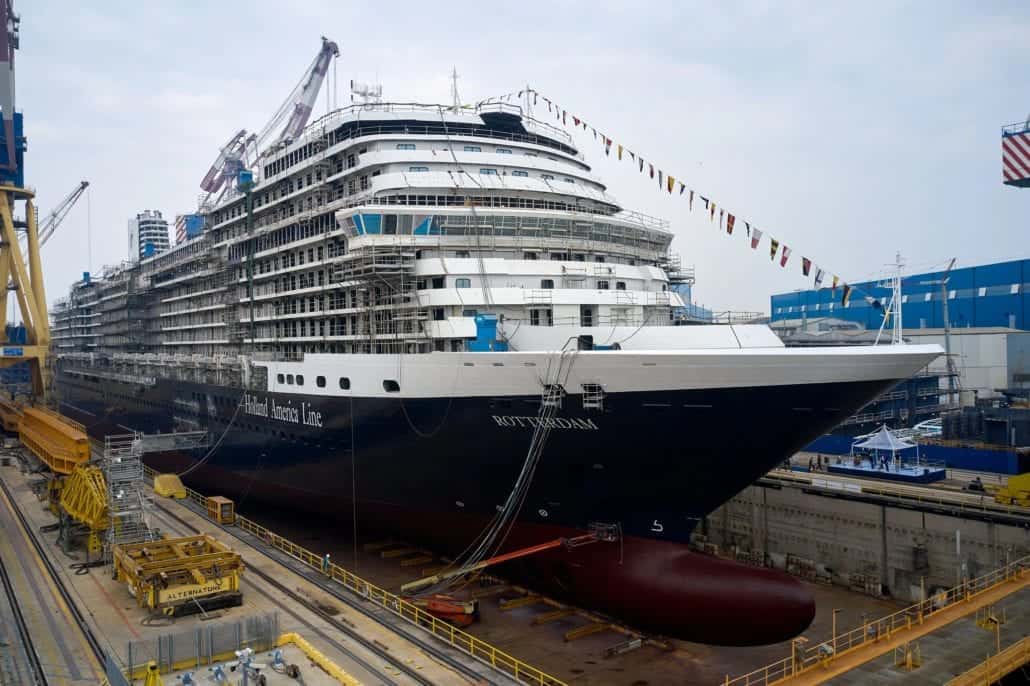 Rotterdam is currently under construction in Italy. (Photo courtesy of Holland America Line)

The Inaugural Season will cruise to the Mediterranean, Baltic and Norway

On August 1, 2021, Rotterdam’s “Premiere Voyage” is scheduled to sail a seven-night cruise from Trieste, Italy, to Civitavecchia, Italy.

From there, she’ll sail for the Netherlands, kicking off a series of 7 and 14-night roundtrip cruises from Amsterdam.

In October, the ship will sail for Fort Lauderdale on a 14-night transatlantic cruise. 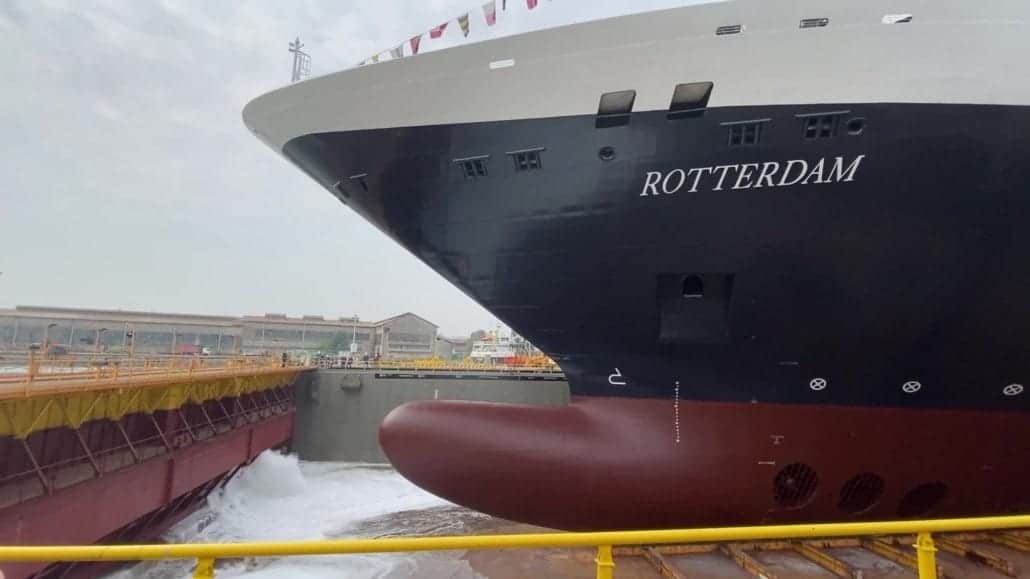 Rotterdam gets her first taste of water. (Photo courtesy of Holland America Line)

Rotterdam Will Feature All Your Holland America Line Favorites

The third ship in the Pinnacle-class, Rotterdam will host 2,668 passengers and weigh in at 99,500 tons. 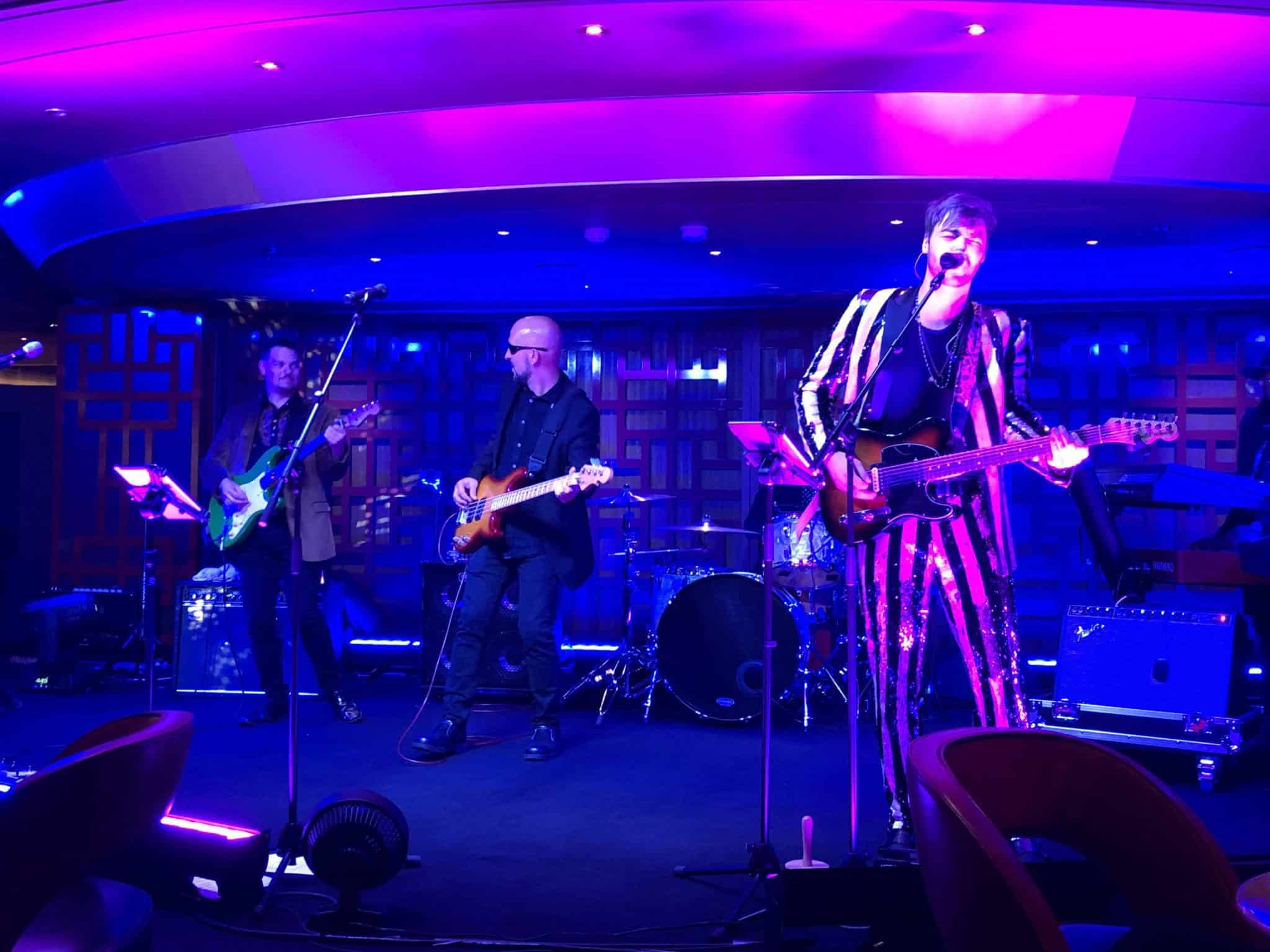 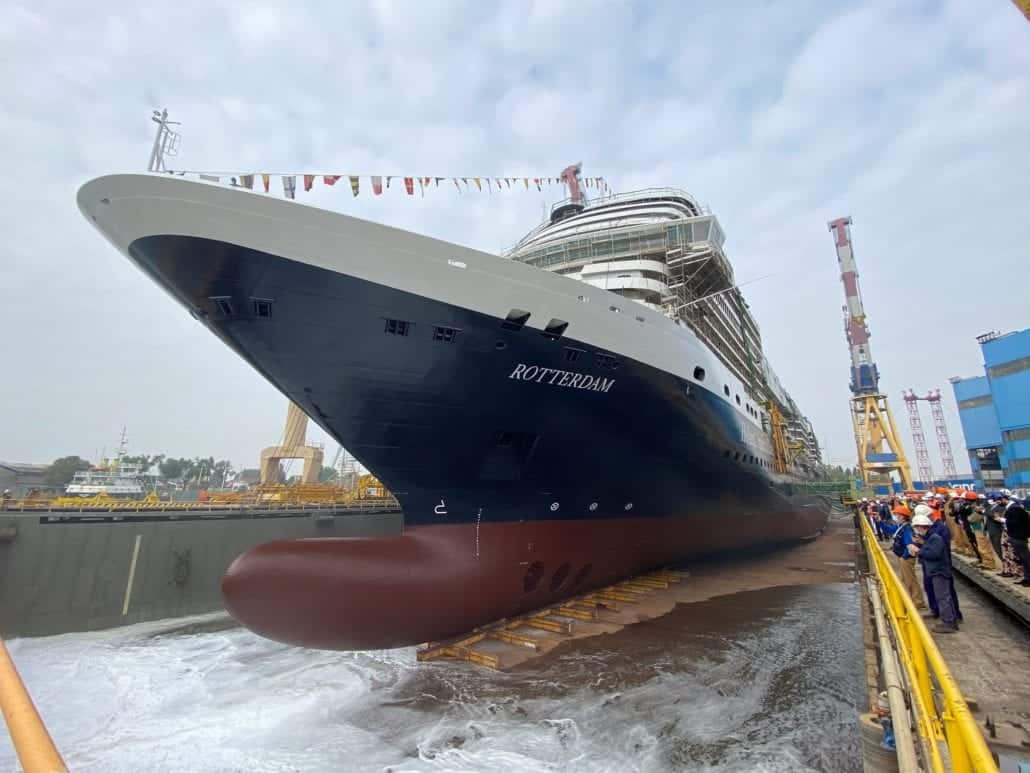