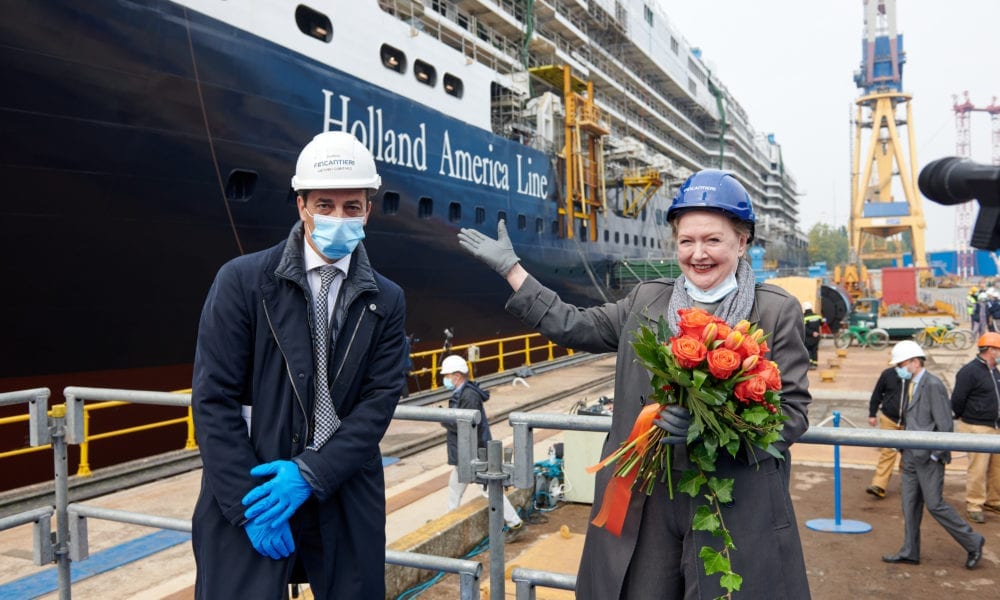 The cruise industry may be at a standstill but that doesn’t mean that ship construction is. Holland America Line celebrated a coin ceremony on Thursday aboard its upcoming Rotterdam, which is being constructed at Fincantieri’s Marghera shipyard in Italy. 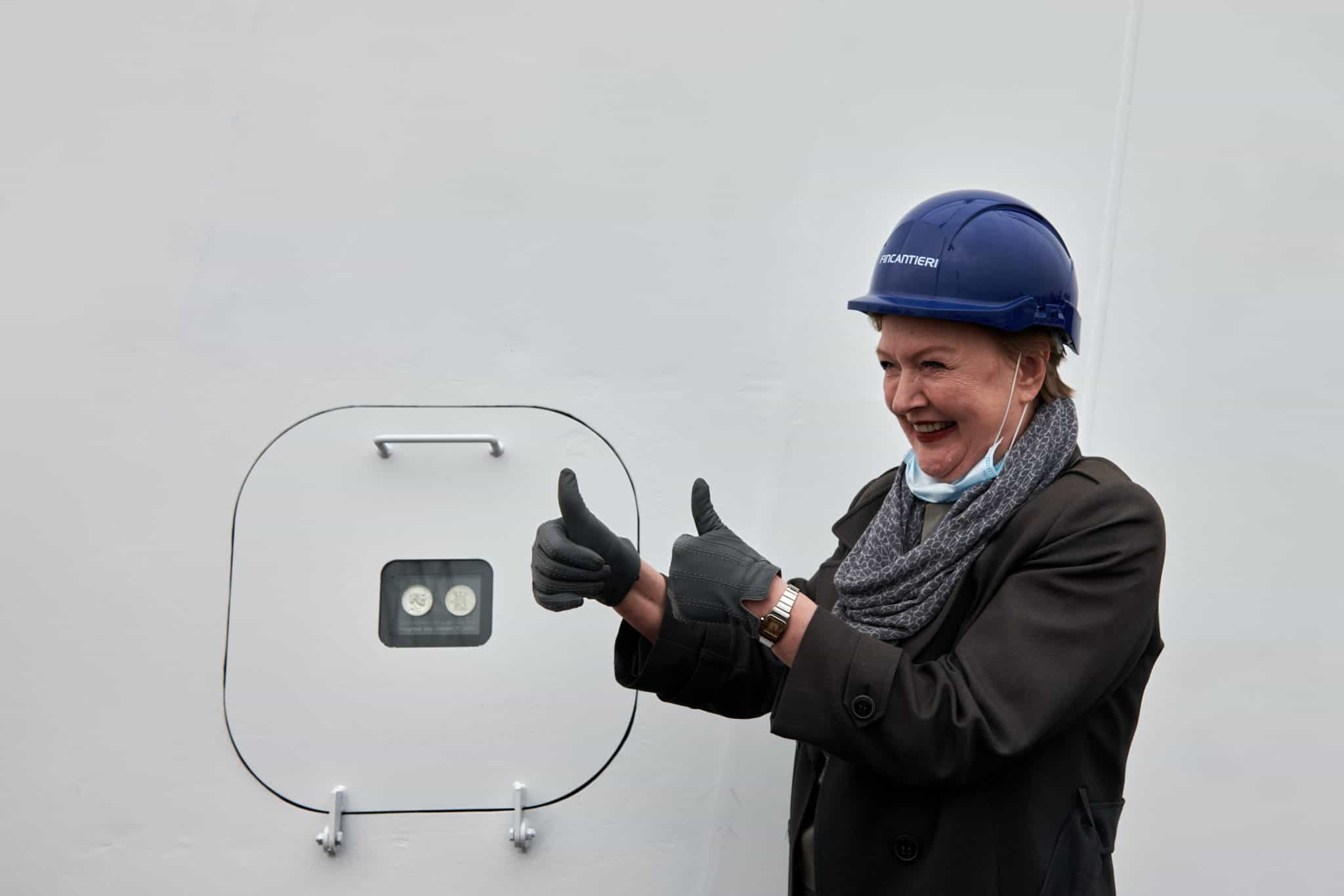 A coin ceremony for a vessel typically takes place when its keel is laid during the construction process.  Tradition says that placing two coins under the new ship’s keel block as a sign of good fortune and blessing.

Following the Italian shipbuilding tradition, Mai Elmar, executive director of Cruise Port Rotterdam in the Netherlands, served as the ship’s madrina and participated in the festivities.

During the socially responsible ceremony, Dutch coins minted in 1872 to honor Holland America Line’s first Rotterdam were welded to the outside deck of the ship to bring good fortune, followed by a blessing by the shipyard chaplain. 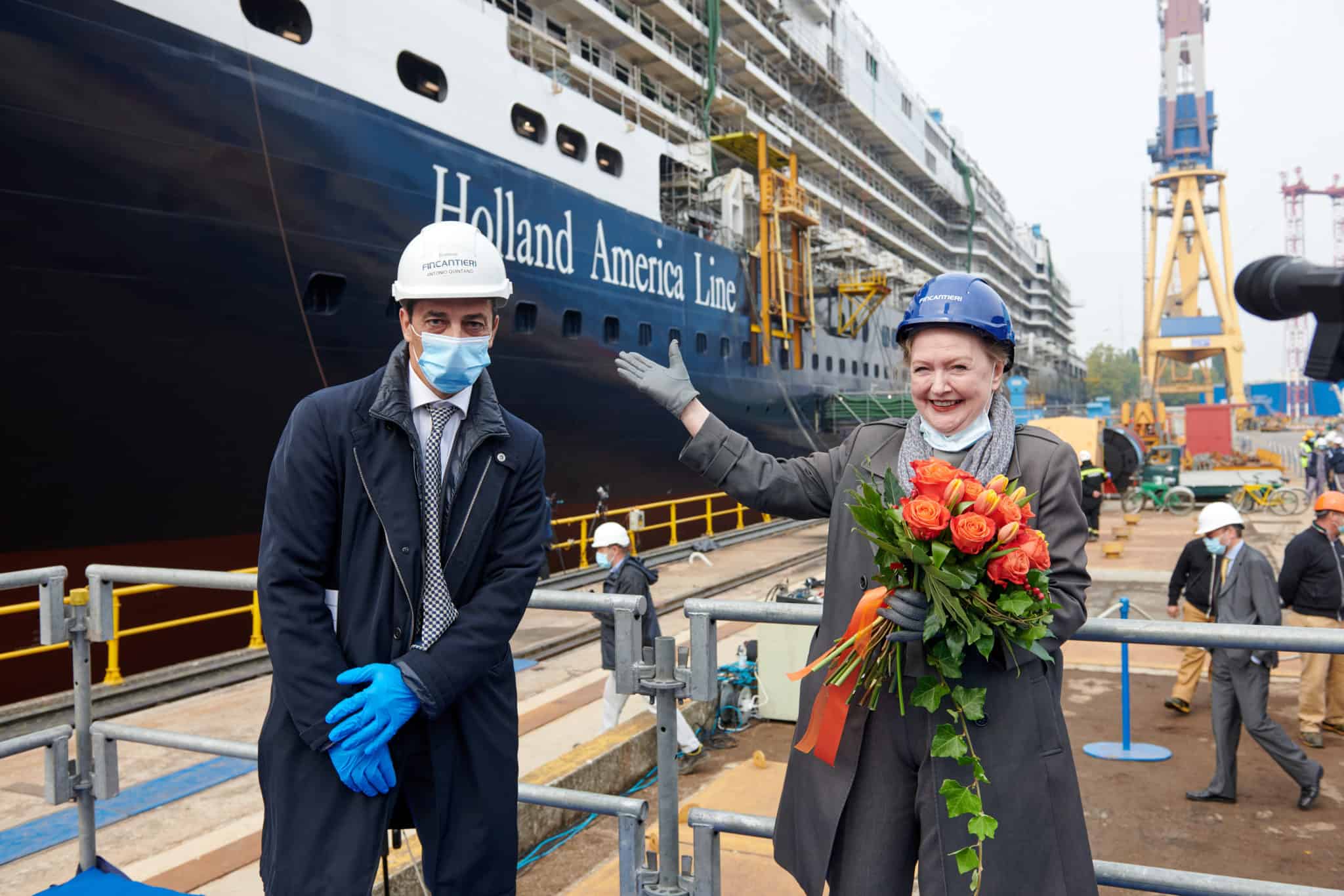 “We are pleased to honor the coin ceremony tradition and celebrate this milestone that signals less than a year until Rotterdam’s delivery,” said Gus Antorcha, president of Holland America Line. “With a name like Rotterdam, there is no other person more ideal than Mai Elmar to serve as the ship’s madrina. Mai’s name is synonymous with the cruise industry in the port city of Rotterdam and she has been a tremendous champion of our brand for decades. We’re thrilled to have her take on this special role.”

On October 7, Rotterdam’s drydock will be filled with water and the ship will be floated out to begin the next stage of construction at an outfitting pier.