Citing global issues, Royal Caribbean announced that they would be delaying the launch of their upcoming cruise ship Odyssey of the Seas. The 4,900-guest Quantum Ultra-class ship, which was originally scheduled to debut in Fall 2020, is now being pushed until April 2021. 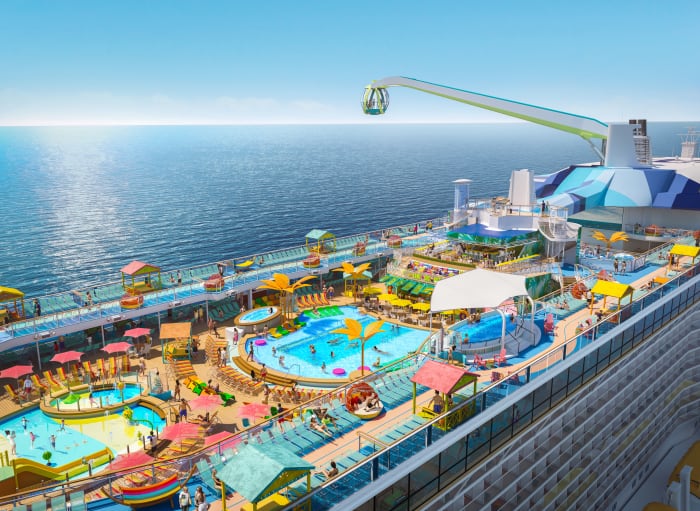 The company said in a letter to travel agents, “The health crisis has unfortunately also impacted shipyard operations, as well as our supply chain. As a result, the debut of our newest fleet member, Odyssey of the Seas, will be delayed, resulting in the unfortunate cancellation of all sailings between November 5, 2020 – April 17, 2021.”

Guests impacted by the cancellations will receive a 125 perfect future cruise credit or a refund to their original form of payment. The cruise company said refunds can take up to 45 days.

Guests can also use Royal Caribbean’s “Lift and Shift” program, designed to keep the guest on the same itinerary as long as they are in the same stateroom category and within the same four-week period of the original cruise the following year.

Two Upcoming Changes to Odyssey of the Seas

In March 2019, a guest filed a lawsuit against Royal Caribbean for damages sustained after he dislocated his shoulder while using Sky Pad aboard Mariner of the Seas. The incident caused the cruise line to temporarily shut down the attraction in order to make modifications.

When the ship debuts next April, it’ll spend the spring and summer season sailing in the Mediterranean before repositing to Florida in late October 2021. Odyssey of the Seas will be the first Royal Caribean Quantum-class ship to be homeported in Port Everglades.

Author: adayincozumel
Filed Under: News
The Unexpected “Perk” Norwegian Is Giving Cancelled Cruisers
Cruise Experiences You Could Pay More For In The Future