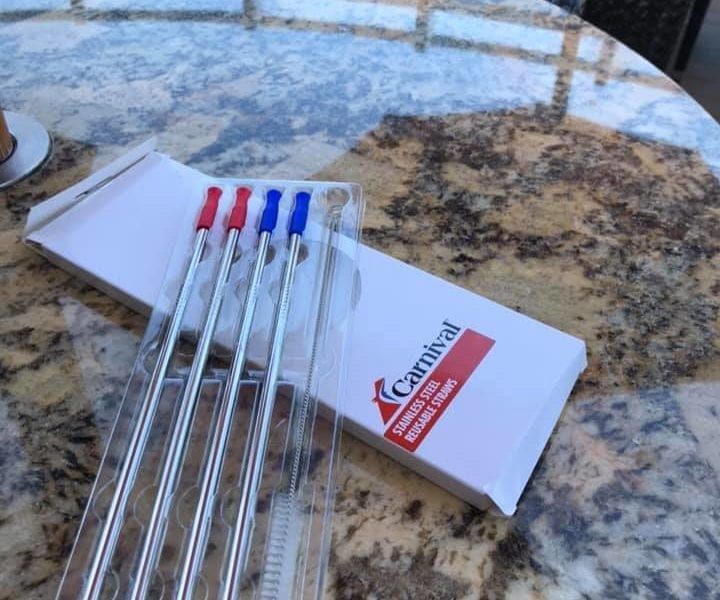 In their continuing efforts to safeguard the environment, Carnival Cruise Line recently announced that they would begin selling both silicone and stainless steel straws fleet-wide. As one might expect, the news — designed to eliminate plastic straws from the waste stream — was met with cheers, jeers and everything in between. 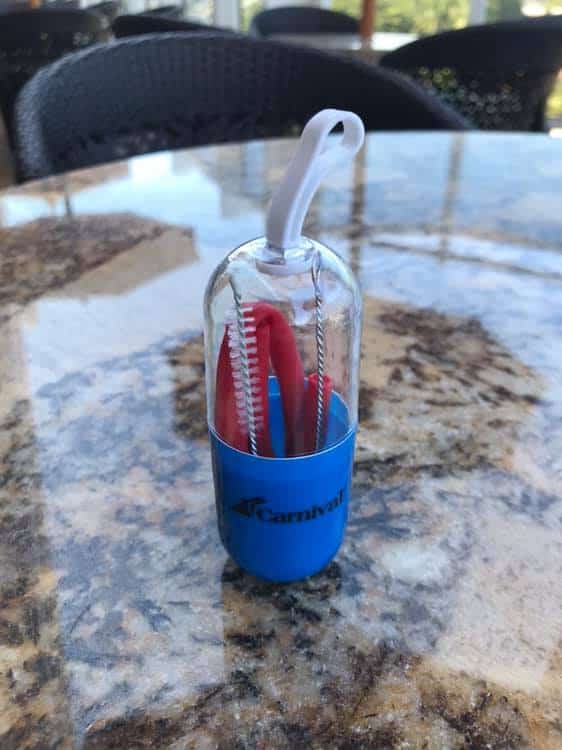 The silicone straw, which comes with a brush with which to clean it, will cost $4 and comes in a container which can easily be clipped to a lanyard. (Photo via John Heald’s Facebook page)

How Much The New Straws Will Cost

Brand Ambassador John Heald detailed the change on his Facebook page. “As we say goodbye to plastic straws,” he wrote, “here are the straws that will be available soon on all the ships from most of the bars.” He then ran a picture of the new products, saying that the silicone straw would cost $4 while the stainless steel version, sold in packs of four, would be $5. “Both,” he added, “come with cleaning brushes.”

In a subsequent comment, Heald added that the edible straws, which Carnival introduced earlier this year, would continue to be available. “We are seriously very proud that we are now going to be at the forefront of environmental protection,” he said in a video message. “Yes, there will be people who say, ‘I like plastic straws.’ You won’t be able to get one onboard anymore.”

Reactions to the news came in basically four categories:

Sadly, the majority of those who said they would bring their own specifically mentioned buying plastic straws as opposed to paper ones, which are far better for the environment. (In fact, surprisingly few people suggested paper straws as a solution which perhaps Carnival should explore.)

Like other cruise lines, Carnival has been working towards removing as many single-use plastic items from their ships as possible. But as with other cruise lines, their efforts have been met in some corners with skepticism, given that the majority of ships still serve drinks in plastic cups.

Solving Two Problems At Once? 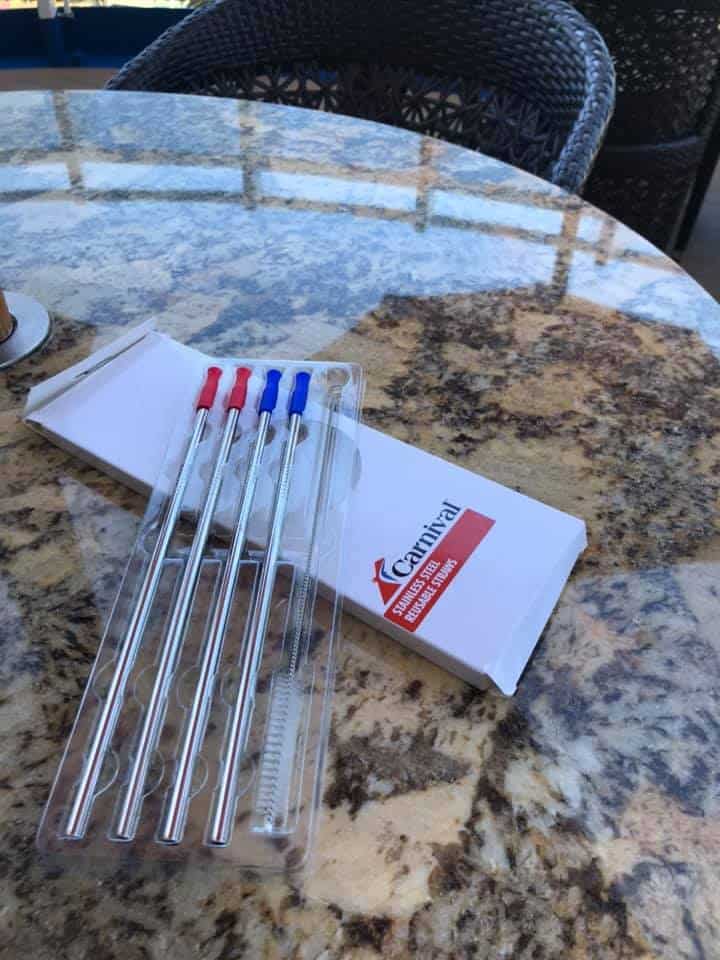 The four-pack of straws is perfect for families. (Photo via John Heald’s Facebook page)

More than a few cruisers suggested that the new, reusable straws might make a good gift for Platinum and Diamond members of Carnival’s popular VIFP loyalty program. Over the past few months, the “Carnival Logo Gift” presented to VIFP members has come under fire by some, prompting the company to switch from branded lanyards to luggage tags.

Other cruisers commenting on Heald’s post suggested that the straws should be given to people as part of the CHEERS! package.

What’s your take on the new straws? Will you buy them, use the edible variety or bring your own from home?