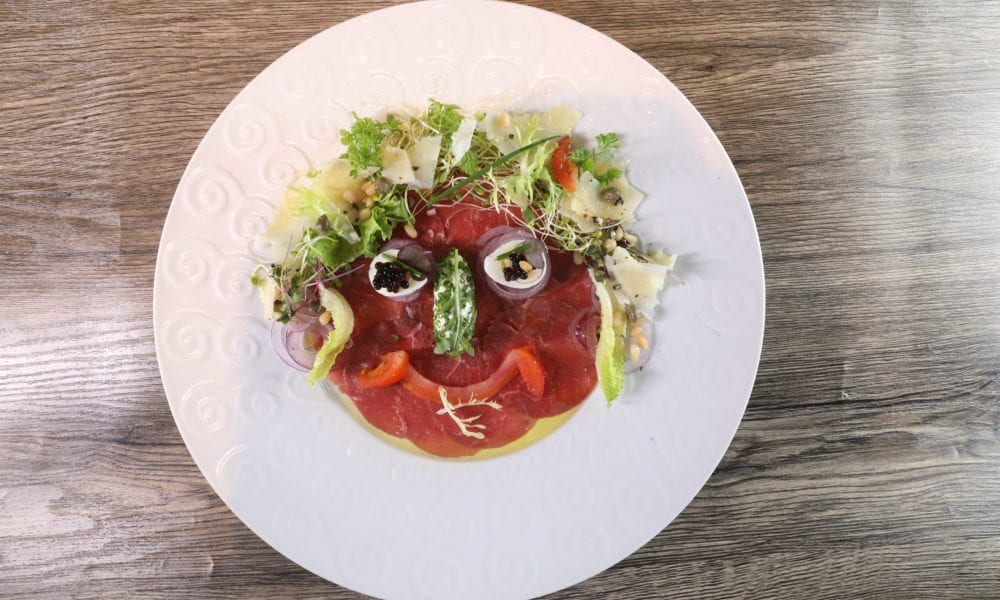 Carnival Cruise Line announced today that a new seafood restaurant designed by acclaimed culinary artist Rudi Sodamin will be among the varied dining options on Mardi Gras when it debuts next summer. 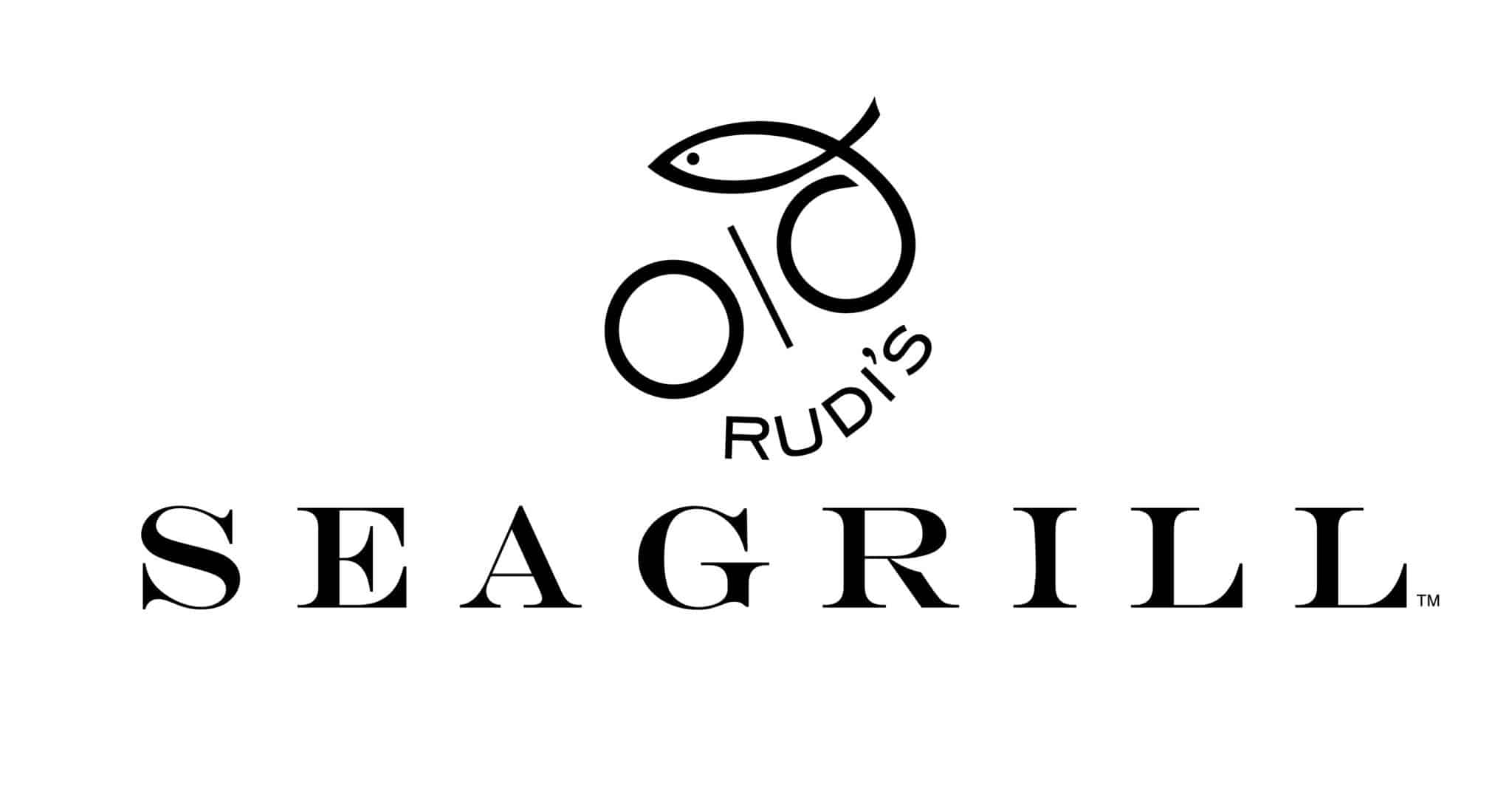 Sodamin’s reputation for curating unique dining experiences will lend itself to Rudi’s Seagrill which will offer dishes as artistic as they are flavorful. In addition to an extensive selection of seafood entrees and sides, there will also be several dishes presented as playful “food faces” that double as Instagram-worthy pieces of art.

“I’ve spent decades perfecting dishes for my restaurants both onboard and ashore, but it has been such a special experience to partner with Carnival to bring this exciting restaurant concept to life,” said Sodamin. “I believe the quality of a restaurant starts on the plate, so with Rudi’s Seagrill, I want guests to enjoy the food and feel connected to their meals in a fun and engaging way.” 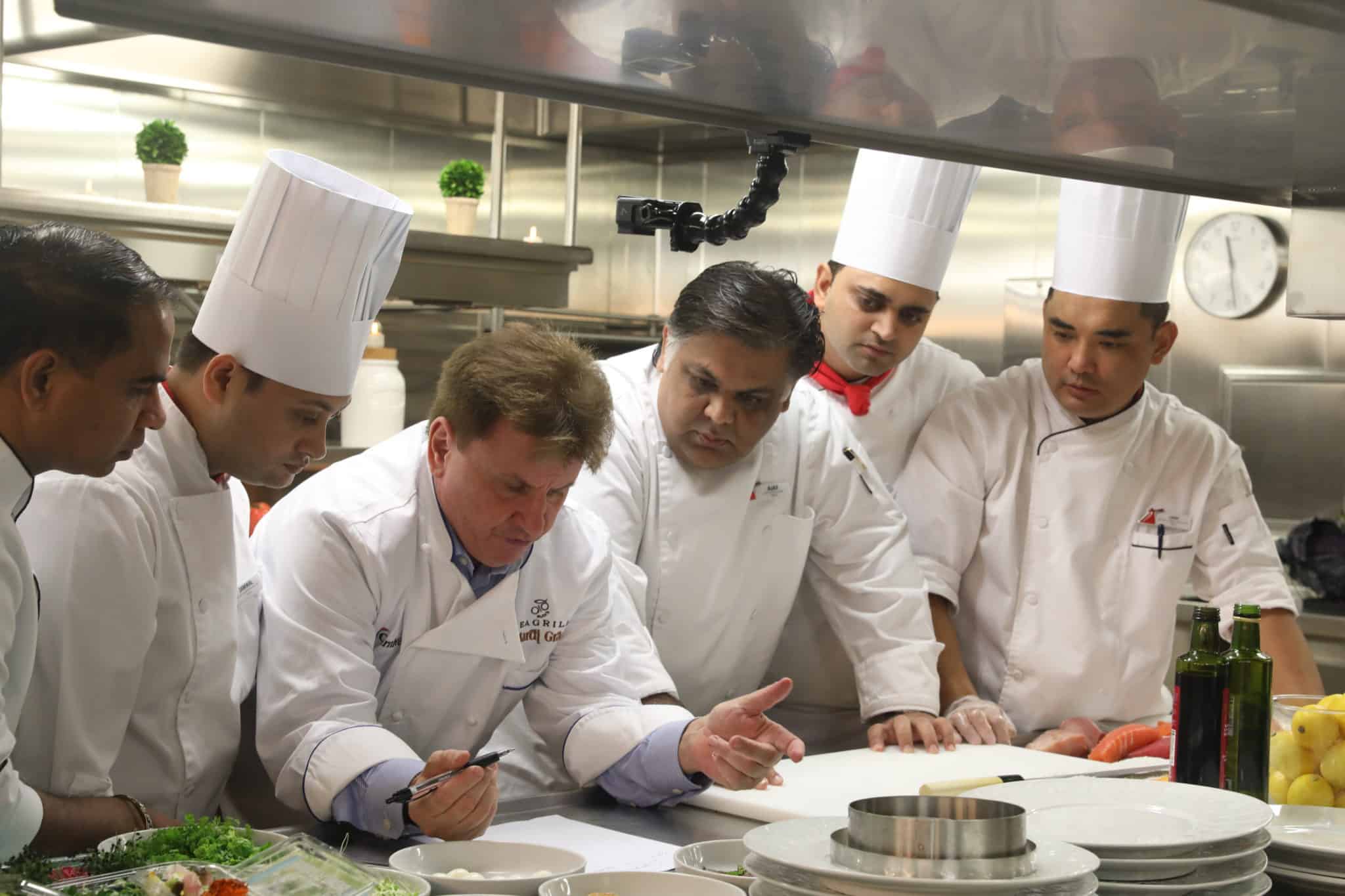 Creatively crafted with keen attention to detail, the menu at Rudi’s Seagrill will feature a selection of appetizers, entrees, and desserts presented as food faces including big eye tuna, grilled branzino, seared scallops, and apple cheesecake.

Guests can also choose from a full menu of dishes including crab cake, salt-roasted prawns, broiled lobster tail, and chocolate truffle cake. For guests who prefer non-seafood options, there will be plenty of alternatives, as well. 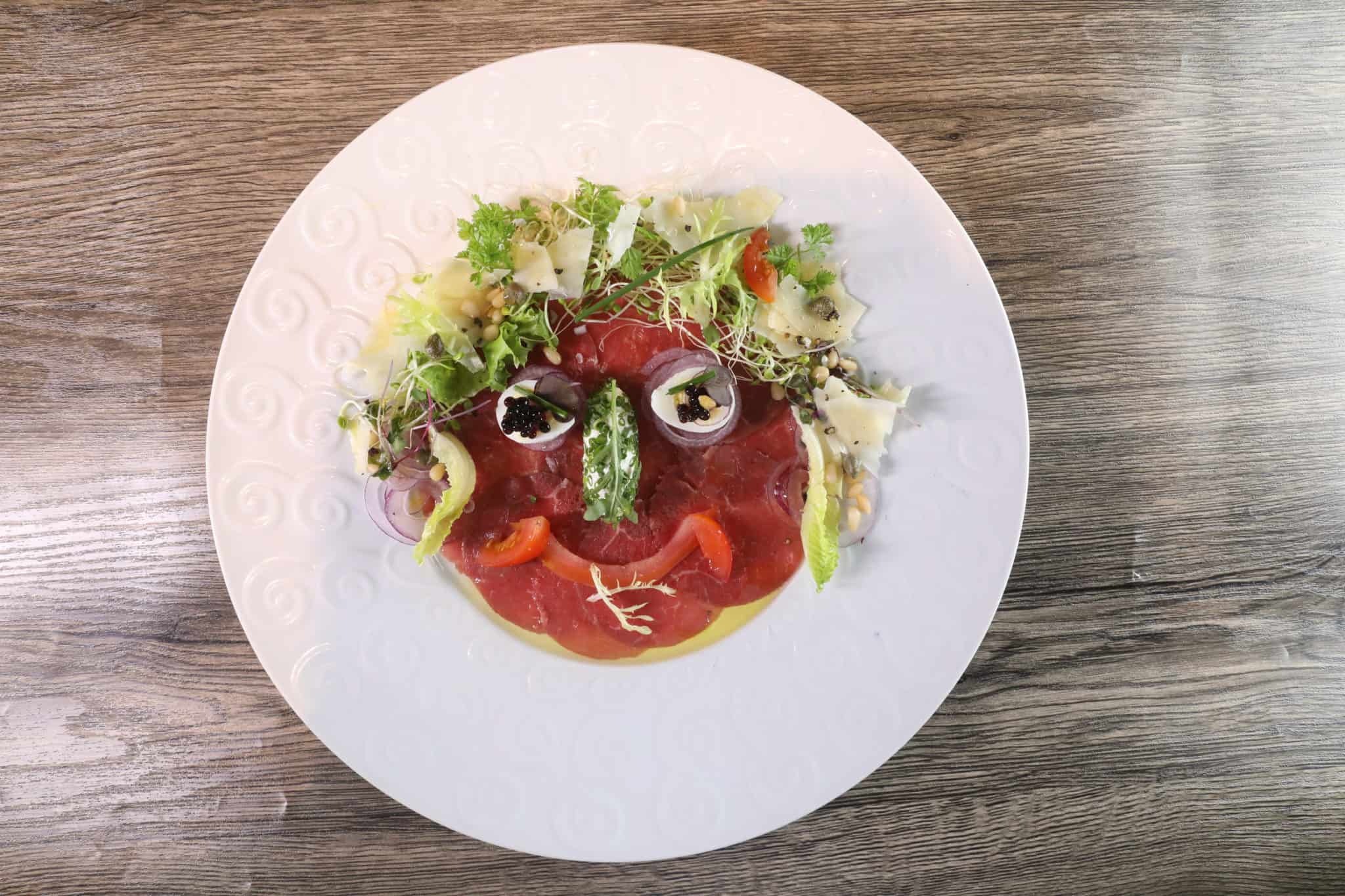 Sodamin’s entrée into the culinary world began with an apprenticeship in Austria at age 14 which led to earning the title as youngest chef at sea leading a team of 260 culinary professionals.

Sodamin, one of the hospitality industry’s most innovative chefs, serves as Holland America Line’s Master Chef, is a member of a number of prestigious culinary organizations including the Club des Chefs des Chefs and has authored a dozen cookbooks including “Food Faces” which features 150 vibrant images of his edible creations. The book, as well as other merchandise, will be sold onboard Mardi Gras. 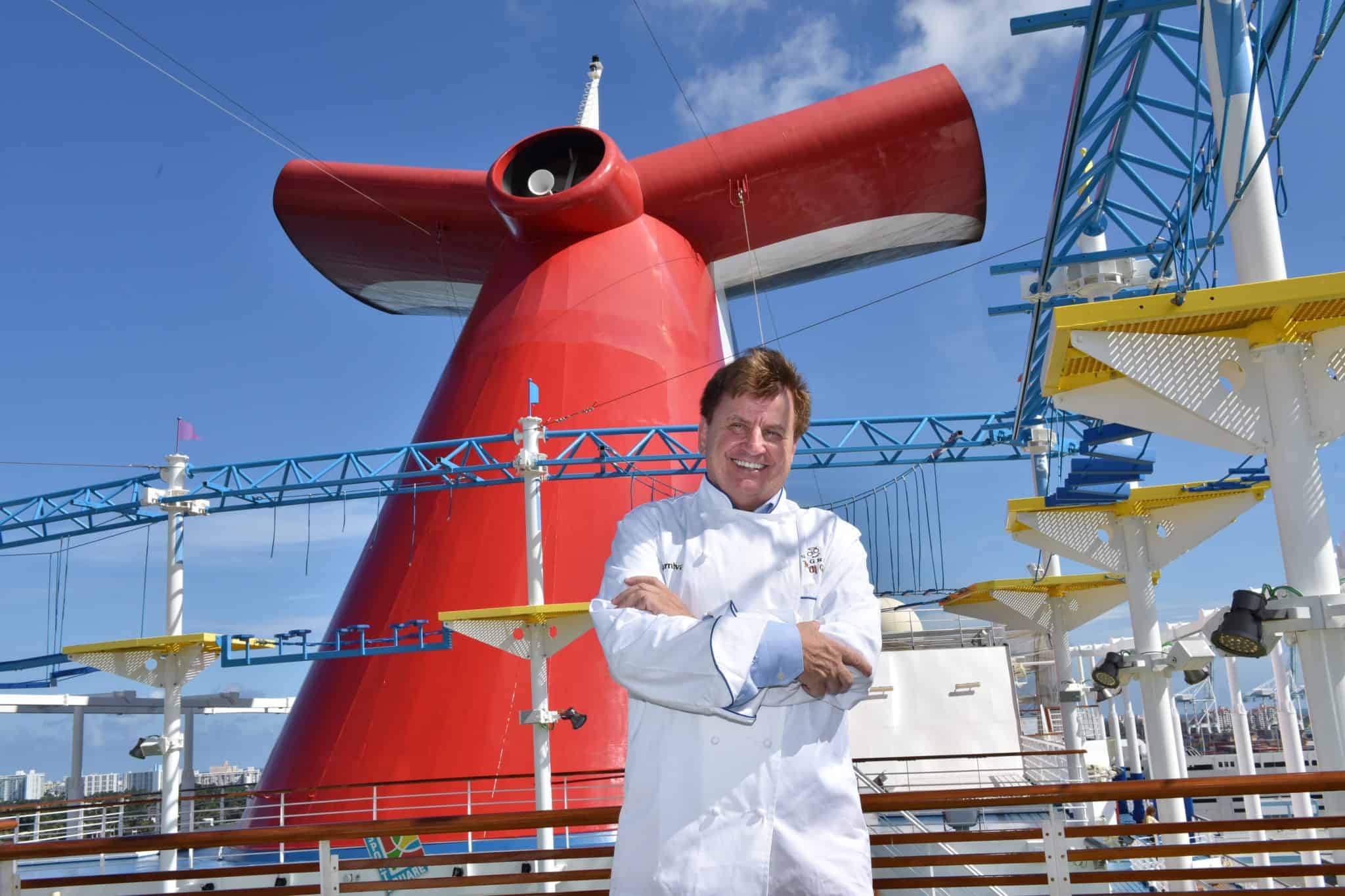 Situated on Deck 8 between La Piazza and Summer Landing, Rudi’s Seagrill will boast an 80-seat indoor dining room with warm lighting and stylish design elements as well as an al fresco area on The Lanai. 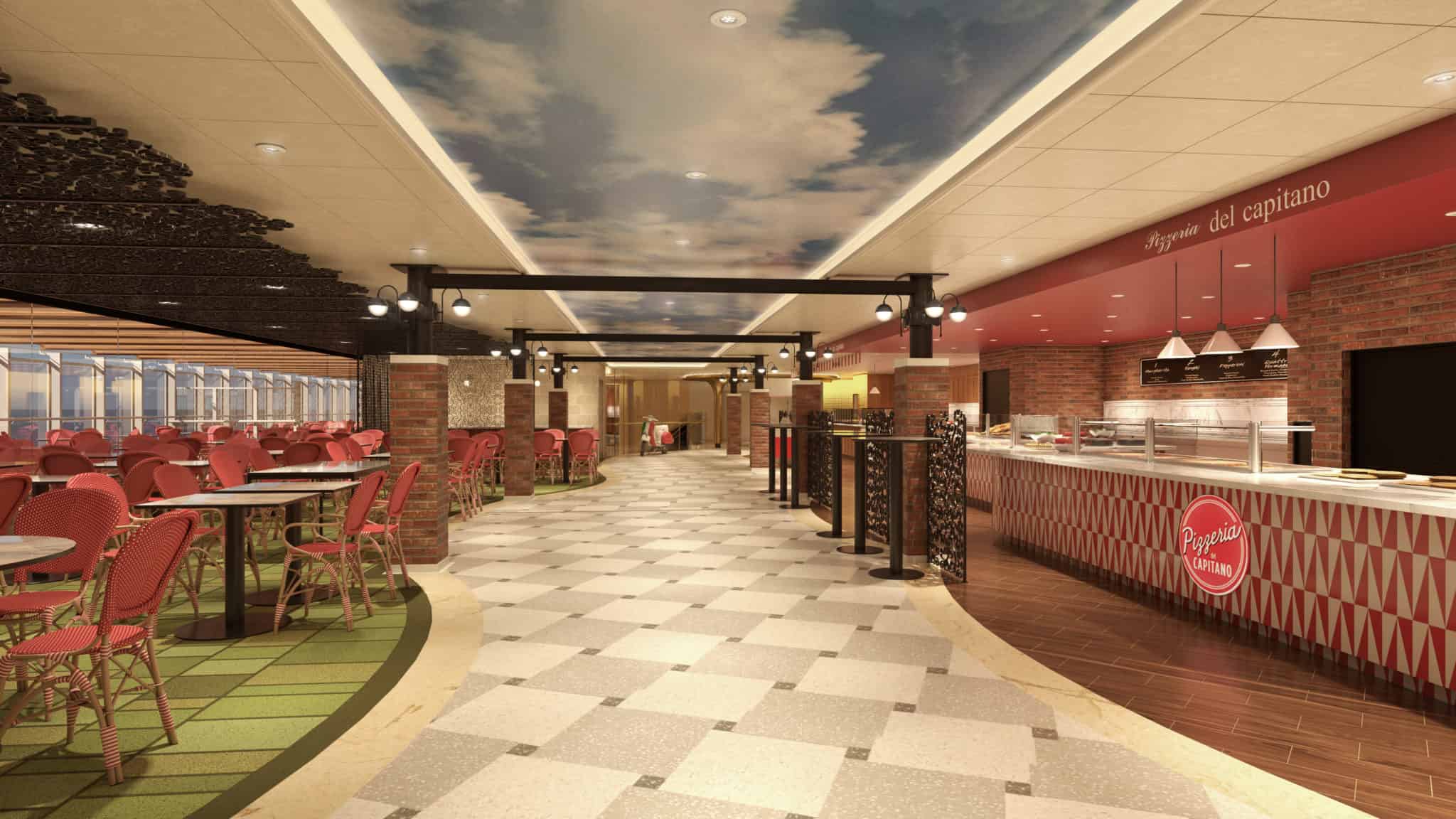 Stroll along the Piazza and you’ll find all kinds of Italian delights. (Rendering courtesy of CCL)

From creative décor to distinctive table settings, the restaurant will offer a fun and immersive atmosphere with Sodamin’s food face-themed artwork front and center as well as highlights including fish-shaped ‘Gurgle Pots’ that make comical gurgling sounds when poured and plates featuring Rudi’s most beloved food. Rudi’s Seagrill will carry a reservations fee in line with Carnival’s other full-service specialty restaurants. 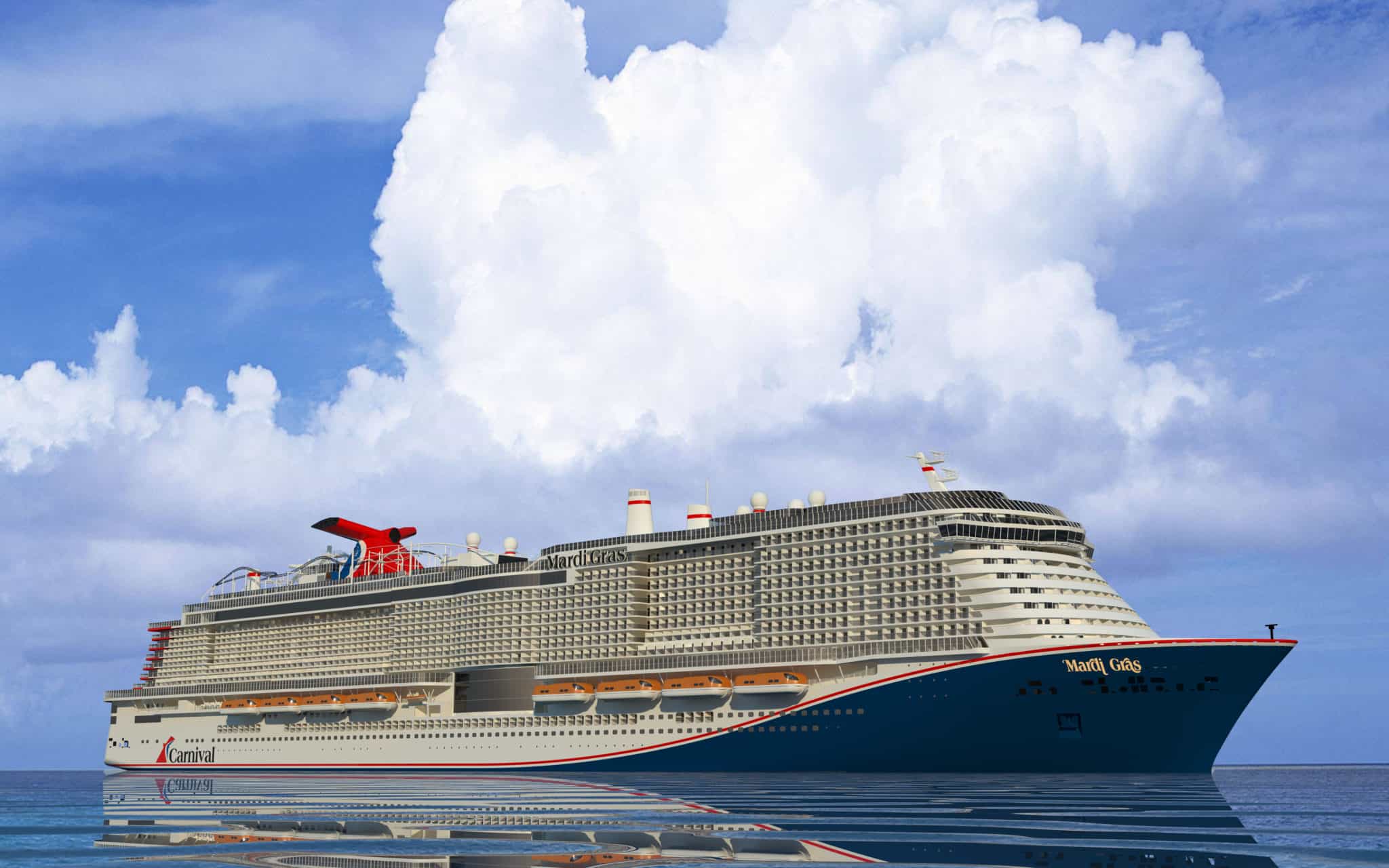 Currently under construction at the Meyer Turku shipyard in Turku, Finland, Mardi Gras is slated to enter service in Europe Aug. 31, 2020, before repositioning to New York for a series of voyages then shift to Port Canaveral for year-round seven-day Caribbean cruises beginning in Oct. 2020.