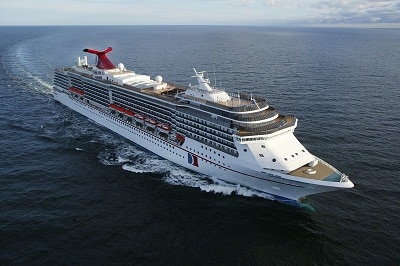 Unusually heavy fog is wreaking havoc on several cruises set to sail today out of Tampa. As a result, several ships are seeing their departure delayed and their itineraries altered.

Carnival Issued A Warning In Advance

On Saturday, Carnival Cruise Line’s Brand Ambassador, John Heald, posted a notice on his Facebook page warning that trouble might be brewing for Carnival Miracle passengers. “As you are preparing for your cruise,” the note said, “we want to make you aware of a weather alert. Dense fog is forecasted for the Tampa area tomorrow and this may impact the arrival of the ship and your embarkation.”

As of Sunday morning, the Carnival MIracle was still sitting in port at Tampa. (Photo: Carnival Cruise Line)

Unfortunately, things didn’t go as planned. As of 11 a.m. Sunday, Carnival was telling people via text “The Port of Tampa remains closed. Please do not proceed to the cruise terminal until you receive our final update. Next update: 2 p.m. EST.  (Passengers needing further updates can text CCL1 to 278473 (aka CRUISE).

Meanwhile, Royal Caribbean’s Brilliance of the Seas and Rhapsody of the Seas were also stranded in port… but in their case, it was overnight, as they’d been scheduled to depart on Saturday, the 29th. Naturally, this situation led to a great deal of frustration from passengers…  which the cruise line addressed via Twitter. “I’m sorry we haven’t been able to sail yet and can understand your frustration,” wrote Alexis on behalf of the company to one unhappy cruiser who messaged Royal Caribbean’s official Twitter feed. “It is not our intent to disappoint you. Rest assured, we are closely watching the fog situation and will have the ship on its way as soon as it’s safe.”

They say that on a clear day you can see forever… but on a foggy day, the Brilliance of the Seas winds up stuck in port!

Meanwhile, several passengers on board reported on social media that because of the delays, their itineraries would be altered. But no solid details could be given until the ships were given the all-clear to set sail. And of course, as inevitably happens in such situation, those who found their vacation interrupted wanted to know how they would be compensated.

Author: adayincozumel
Filed Under: News
The 2018 Cruise Stories You’re Still Talking About
Meet The 100-Year-Old Cruiser We Hope To Someday Be