Celebrity Edge Heads Off to America 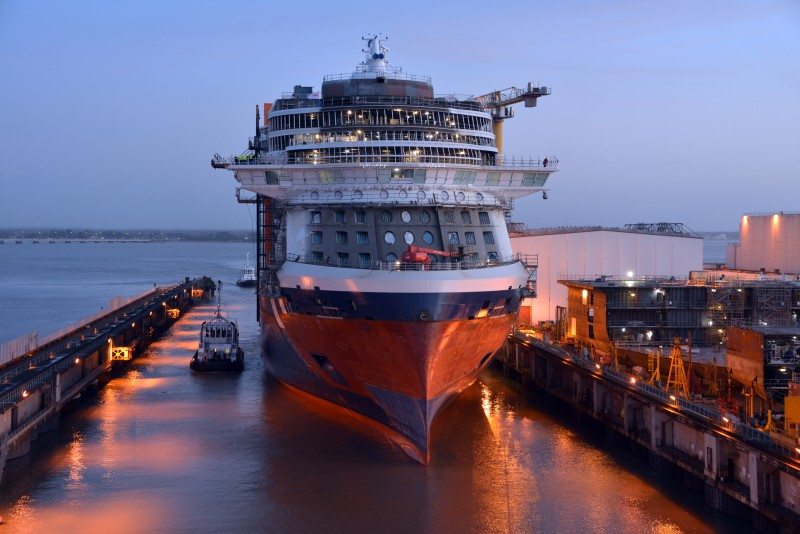 Celebrity Cruises’ newest ship Celebrity Edge officially left the shipyard on Sunday in France and started the long journey to America across the Atlantic Ocean.

She is making her way to her new home, Terminal 25 at Port Everglades in Hollywood, Florida, near Fort Lauderdale and is scheduled to arrive on Monday, November 19. As of this morning (November 6), Edge was 3,300 nautical mile from her destination. Onboard, over 1,400 crew members and others are hard at work putting the finishing touches on the massive ship.

In spring 2019, the vessel will cross the ocean again to spend the season sailing in the Mediterranean with a range of 7 to 11-night cruises visiting iconic cities such as Barcelona and Rome.

Bookings for the ship are now open at celebritycruises.com/edge or through your travel agent. Edge will be joined by her sister ship Celebrity Apex in 2020.