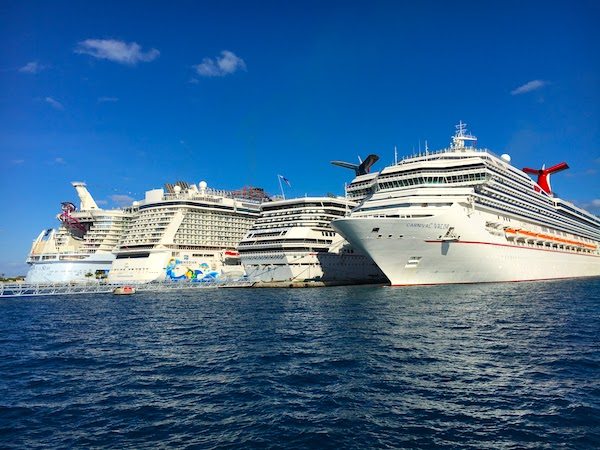 Cruise ships took a beating in the editorial pages of the Nassau Guardian this week, with a Letter To The Editor dubbing them “floating trash piles” and making numerous inflammatory and often unsubstantiated claims. It was the latest salvo in the increasingly vitriolic war of words being waged by some Bahamas residents and at times stoked by members of the local government.

What the Letter Says

“I wonder,” begins the letter — signed only “Humble Nationalist” — “how many Bahamians know how destructive cruise ships are for our environment and how little they do for our economy, compared to stopover tourism.”

It is, of course, undeniable that stopover tourism — meaning people who arrive on the island, usually via plane, for a longer visit — pumps money into the local economy, especially when factoring in hotel stays. However, the number of cruise ship passengers who visit the islands each year dwarfs the number of stopover tourists.

Among the other charges lodged at cruise ships by the author of the anonymous missive are some of the routinely debunked myths about thousands of gallons of sewage being “routinely dumped into the ocean.” It also goes on to state that ships produce “tons of garbage on each voyage” with the unspoken implication being that the refuge is also dumped into the sea.

The letter also contains flat-out misinformation. At one point, it claims that another reason the ships are harmful to the Bahamian economy are that the casinos are allowed to remain open in port. “I wish!” quipped one cruiser aboard the Norwegian Escape who was headed toward Atlantis – one of the most popular resorts in the Bahamas – to do some gambling.

Why the Bahamas Must Change

The writer did mention one common complaint which has been echoed by the local Minister of Tourism. “Passengers have very little incentive to stay long onshore,” he wrote, “or even get off the boat in the first place.” This, however, has less to do with the cruise ships than it does the port itself. which has garnered a reputation in recent years as offering little in the way of a quality experience for cruisers, many of whom feel bombarded by the taxi drivers and merchants hawking their wares at the pier.

“They should have a reason to come here,” Minister of Tourism Dionisio D’Aguilar recently told the paper. “There should be something wonderful for them to do here.” And it is that desire to improve the Bahamas experience for cruisers which has driven recent talk of a complete renovation of the port.

Why This Battle is Bad For Both Sides

The recent spate of back-and-forth on the issue seems ill-advised all around. By repeatedly pointing out that cruisers no longer find the Bahamas to be the dream destination it once was, the islands appear to be putting the cruise lines in a power position during any upcoming negotiations. And for those who depend on tourist dollars for their survival, this very public feuding could have the effect of becoming a self-fulfilling prophesy wherein passengers who might otherwise be planning to go ashore opt instead to stay on the ship thanks to preconceived notions that are stoked by the battle.