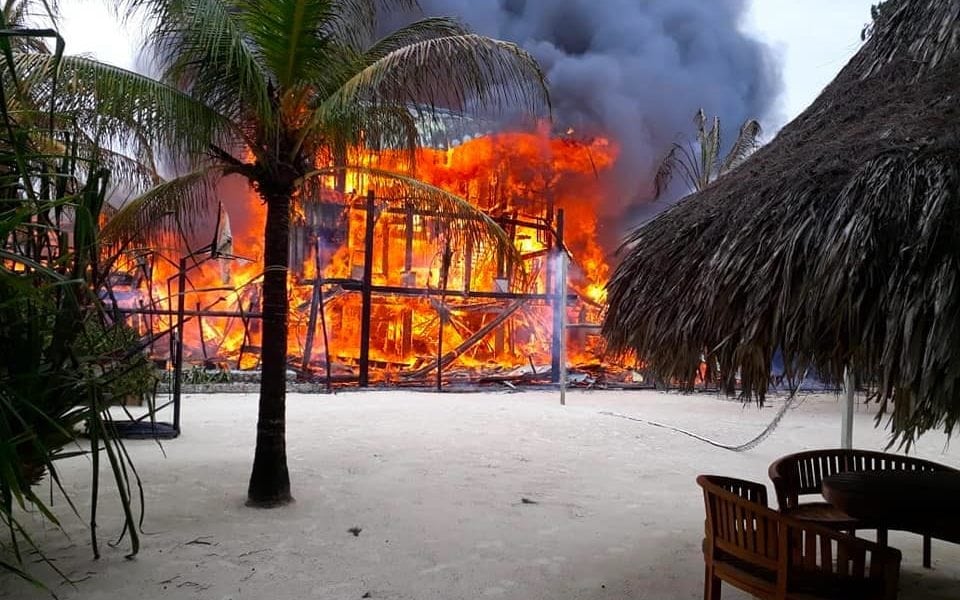 Popular cruise destination Little French Key, located just off the coast of Roatan, was destroyed by a fire which ripped through the resort on Sunday, August 26, causing over $3 million in damages.

Because the animal sanctuary — which has long taken in and helped rehabilitate animals that had been abused in circuses and zoos — had been under attack by what owner Moshe Lahijani calls “an engineered bombardment of false, negative [stories] against this little corner of paradise,” it is believed the fire was likely arson. “Multiple locations, many structures have been burned, and we are in the process of accessing the total damage.”

In speaking to Lahijani early Monday morning, he told us that fortunately, a majority of the animals were able to be rescued from the inferno, with the exception of a rabbit and two parrots. As a result, they are in the process of creating makeshift, temporary shelters to house the displaced animals until a more permanent solution can be arranged.

How You Can Help

In a Facebook post this morning, Lahijani spoke of allegations which had been leveled against the resort in the past which he said “hurt me very deeply, with tears running down my cheeks.” Pushing aside his first instincts, he “took a deep breath, walked away from the situation” and pursued a more positive path. Despite this decision, tragedy has now struck.

Hoping to rebuild the sanctuary, Little French Key has set-up a Go Fund Me Page in the hopes of raising enough money to make this possible. “If you love Little French Key,” the page pleads, “now is the time to act [as] we seriously are in need of assistance. All you can do to help us will be much appreciated… we really need it, the animals need it, the employees need it and Little French Key needs it.

Long one of the most popular shore excursions among cruisers heading to Roatan, the sanctuary — which also offers beautiful beaches and is adjacent to the second largest coral reef in the world — is located 10 minutes from Mahogany Bay and 35 minutes from Coxen Hole’s cruise port. On the Facebook page, Lahijani indicated that they are hoping “to be open as early as this Tuesday, August 28, to receive guests on a limited basis” and “honoring the reservations.”