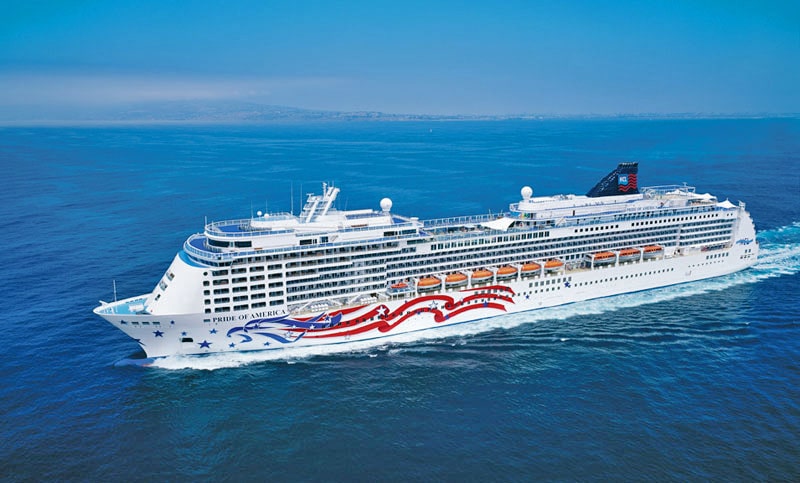 Thanks to Hurricane Lane, some cruisers will be staying at sea a bit longer than they had originally anticipated… and others will find their own cruise delayed and itinerary altered.

According to a spokesperson from Norwegian Cruise Line, their ship, Pride of America, has changed its itinerary in order to remain well clear of the storm’s path. “Due to Hurricane Lane in the Pacific,” they say, “we have modified the itinerary for Pride of America. The ship is currently out at sea, away from the storm. Pride of America is expected to return to Honolulu on Sunday, August 26th.”

This is, of course, going to cause some difficulties for a majority of guests on both sailings. “We understand the disappointment and inconvenience travelers are experiencing as a result of the weather conditions in Hawaii,” the statement concluded. “Our team is working dilligently to assist our guests, including deploying our Care Team to Honolulu. We encourage guests to continue to monitor NCL.com for updates.”

According to Seatrade Cruise News, when the ship departs on Monday, August 27th, the new itinerary will feature Hilo on Tuesday, Maui on Wednesday and an overnight in Kaua before returning to Honolulu on Saturday, September 1.

The Situation In Hawaii

According to the New York Times, Hurricane Lane — currently a Category 2 storm — has so far caused “torrential rain, surging floodwaters and road-clogging landslides on the state’s Big Island.” Additionally, thanks to increased winds, a brush fire on the western side of the island was spreading quickly while around 4,000 people had lost power.