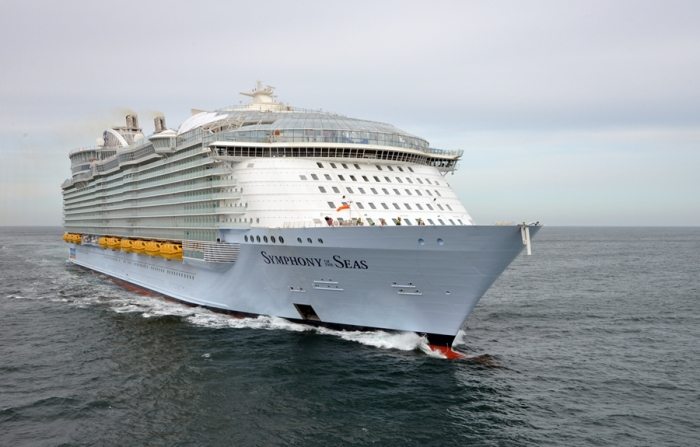 What if it was possible to “hear” what a picture sounds like?

While this will never technically be possible, Royal Caribbean has made a move towards defining what the scene in a photo should sound like. They’ve designed and built a first-of-its-kind tool that transforms travelers’ most memorable photos into an original soundtrack with a video to match.

More than a year in the making, SoundSeeker is a patent-pending digital experience powered by artificial intelligence that uses machine learning to create original soundtracks based on the content of each photograph.

On SoundSeeker.com, users upload three photos of their choice, and the AI analyzes them based on color, landscape, backdrop, emotion, body language, and facial expression. It then turns them into a shareable and unique soundtrack, virtually DJing some of life’s most exciting moments.

Analyzing the colors in the photo. – Royal Caribbean

Royal Caribbean teamed up with experts from Berklee College of Music, and technologists from around the world, to create the unique song generator. Berklee used music theory to create a roadmap for the tool that helps determine the musical pairing to photos, accounting for pitch, tempo, instrumental combinations, and more.

The process for the AI to learn how to match music correctly took more than 600 hours, in which Royal Caribbean and a team of musicians and technologists reviewed hundreds of music tracks along with 10,000 photos, matching each of the 2.5 million combinations to 1 of 10 moods.

The AI in SoundSeeker uses Google Cloud Vision to identify objects, facial expressions, and colors in a photo by referencing the roadmap developed by the leaders in music theory at Berklee. The tool is equipped to generate over one million unique tracks, based on custom base tracks, composed exclusively for Royal Caribbean. They take inspiration from everything from 90s hip-hop, to rock, to electronic dance music, and more.

Writer’s Note: I just went to the website and tried the process three times with different kinds of photos each time, and I have to say I wasn’t very impressed. I did serene landscape photos in Norway for the first round, and the music sounded nothing like what I would imagine for those. It was fast-paced and not serene at all. The second time I did fun Caribbean and swimming photos, and it sounded almost the same as the Norway one. Hmmm. Lastly I did random happy photos that all included my face (because it scans for facial expressions). That one wasn’t too bad but I still think the music choice was a bit odd. It doesn’t seem like this new tool is very groundbreaking or useful for me, but try it out and let me know what you think in the comments section!