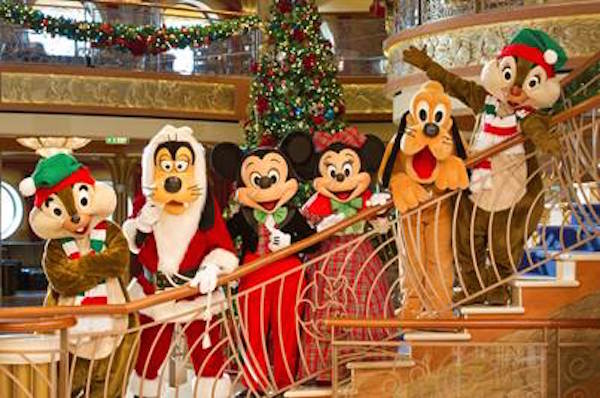 Disney Cruise Line is going all-out this year (like every year!) for Christmastime celebrations. Beginning in early November, the line decks the halls and has a number of festivities in store for guests who sail on their four vessels.

On Christmas morning at the Christmas tree in the atrium, Santa and his helpers have a special surprise for the kids, and there will be a musical performance from the kids. A traditional Christmas dinner will be served that night in the dining rooms.

For Thanksgiving, guests enjoy a traditional feast and Mickey and Minnie Mouse will visit dressed in traditional Thanksgiving attire. Also during these special voyages, NFL football games will be broadcast live on the ship’s jumbo LED screens on the lido deck.