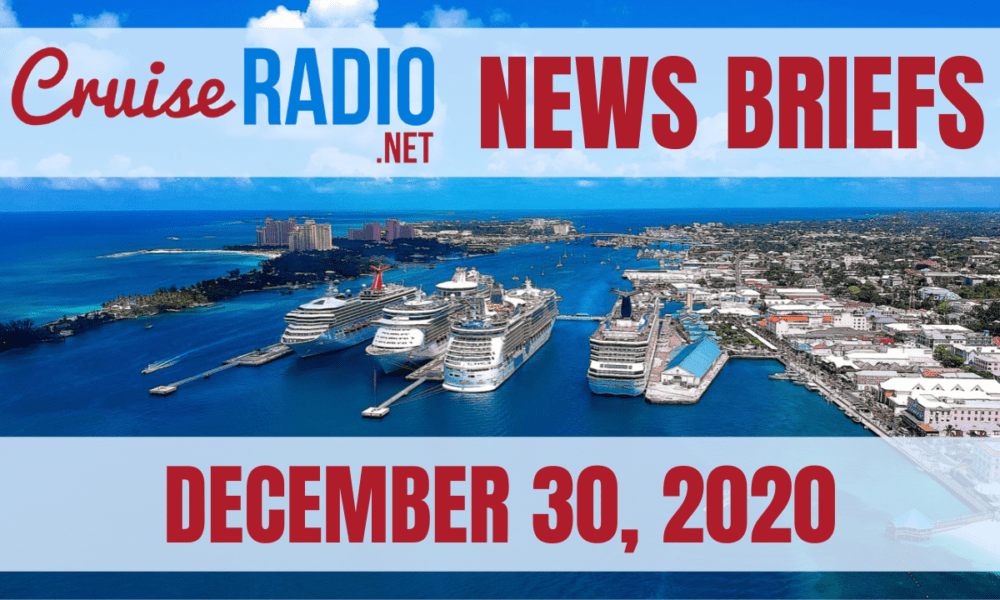 Norwegian Cruise Line has announced that all sailings will be canceled through March. Previously, the line had suspended cruises through that month on all but three ships — Norwegian Encore, Escape, and Joy. Now, those voyages are canceled too.

Norwegian has not yet indicated which ships in its fleet will resume sailing first.

Disney Cruise Line has released a new sneak peek video on its upcoming ship, Disney Wish, which reveals some details about its atrium, called the Grand Hall.

The Grand Hall will be designed to reflect the beauty of a storybook castle, which makes perfect sense since the video also revealed what the iconic statue inside will be — Cinderella.

German line AIDA Cruises has canceled its New Year’s Eve sailings aboard AIDAperla and AIDAmar due to cybersecurity issues.

AIDAperla is set to resume sailing on January 2, followed by AIDAmar on January 3.