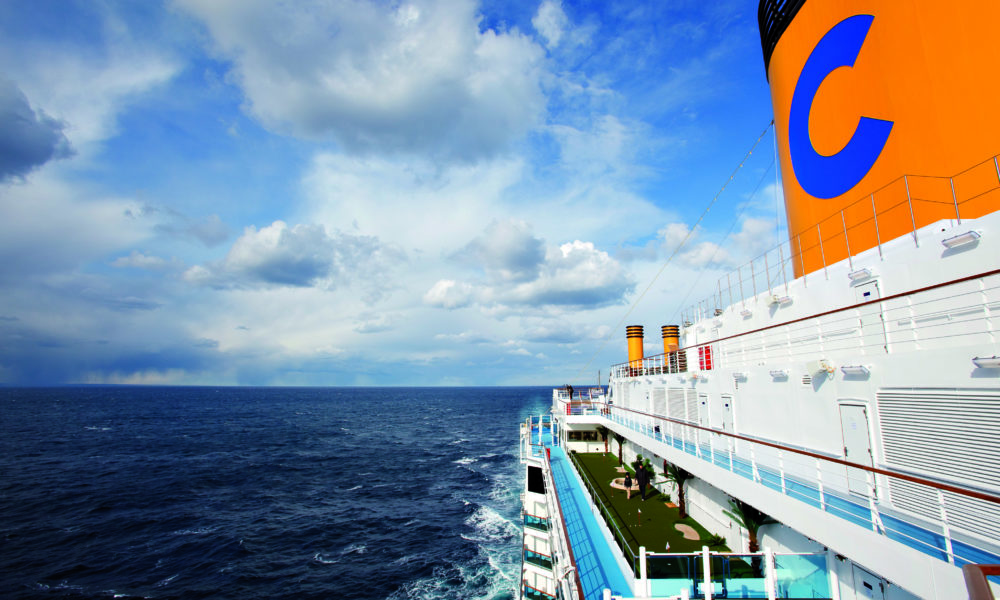 The Deliziosa, which has been offering one-week cruises calling at Trieste, Katakolon, Athens, Iraklion, and Bari, will end her current cruise November 7 in Trieste. The ship will then pause operations for seven weeks, canceling sailings on November  7, 14, 21 and 28, and December 5, 12, and 19.

The resumption of Costa Deliziosa operations is scheduled for December 26. It will sail an Italian itinerary cruising the Adriatic Sea and the eastern Mediterranean with stops in Trieste, Bari, Brindisi, and Catania.

Costa Smeralda, the other Costa ship currently in service, will continue Italy-focused sailings as scheduled.

The suspension of service was made as France and Germany instituted tougher rules. The two nations are key source markets for the Magnifica’s 10-night voyages across the Eastern and Western Mediterranean to ports in Italy, Greece, and Malta.

Also yesterday, TUI Cruises suspended the operations of the Mein Schiff 6 in Greece, after news of a stricter lockdown that takes effect Saturday, November 7. TUI says it will run one last cruise from Corfu, without port stops, and featuring all sea days before suspending service for the rest of the month.

“As a result of the short-term nature and on the basis of our hygiene and health concept, we have received a special permit to carry out the trip to Greece from November 8 to 14 as a blue trip without shore excursions,” the line said in a statement. “Unfortunately, with a heavy heart, we have to cancel the other planned cruises to Greece that start on November 14th, 21st and 28th.”

TUI Cruises was also forced to cancel its Germany-based program earlier this month, but still has plans to cruise in the Canary Islands in November.

In some good news, MSC announced yesterday that its flagship MSC Grandiosa will continue operating seven-night Western Mediterranean itineraries and has extended its current sailings through March 27, 2021.

Another ray of hope is this weekend’s launch of cruises to nowhere out of Singapore aboard Dream Cruises’ World Dream. And Royal Caribbean’s Quantum of the Seas plans to begin similar short sailings of two to four-nights from Singapore on December 1.

Meanwhile, closer to home, US-based cruise lines are hard at work preparing for a phased-in return to service following last week’s lifting of a ‘no sail order’ imposed by the Centers for Disease Control and Prevention.

Cruises to nowhere or sailings with a stop only at cruise line private islands are the most likely initial offerings. But to get there, cruise ships will have to prove compliance with a tough set of health and safety measures and be ‘recertified’ by the CDC. Trial voyages will be held to test onboard mitigation initiatives.

Author: adayincozumel
Filed Under: News
What To Do While Visiting By Ship
Cruise Ship Staterooms Are Now For Sale