MSC Cruises Suspends One Ship As Europe Locks Down

As travel restrictions tighten in key source markets due to a resurgence of illness, MSC is suspending Mediterranean sailings on MSC Magnifica. The temporary pause will affect planned voyages from November 8 through and including December 18, 2020.

MSC was the first cruise line to return to service in the Mediterranean with its flagship MSC Grandiosa, which has been cruising incident-free for over two months. The line says the ship will continue and extend her current 7-night itinerary in the Western Mediterranean.

But as case numbers have risen sharply across Europe, especially in key source nations, new travel restrictions are making it harder for travelers to choose to cruise aboard Magnifica.

“France and Germany are two key source markets for the ship’s 10-night voyages across the Eastern and Western Mediterranean, with port calls at destinations in Italy, Greece, and Malta,” MSC said in a statement.

The cruise line says safety aboard both MSC Magnifica and Grandiosa have been enhanced with newly activated measures under its health and safety operating protocol, including the following:

“The MSC Cruises health and safety protocol was designed from the very beginning to be able to adapt to the evolution of the pandemic situation ashore to ensure the best protection possible for guests, crew and the communities the ships visit,” MSC stated. “The additional measures were activated over the past two weeks on board the company’s two ships currently at sea for this reason.”

MSC, a global cruise line based in Switzerland, also announced the cancellation of its 2021 World Cruise, which was due to be hosted by MSC Magnifica. It cited the continued unavailability of the majority of ports on its proposed itinerary as a key factor. Guests will be contacted individually with rescheduling options.

When MSC Magnifica resumes operation after her temporary pause, she will continue sailing from December 18, 2020, with a one-off eight-night Christmas cruise itinerary followed by a return to her current 10-night itinerary across the Eastern and Western Mediterranean until the end of April 2021.

The cruise industry continues to face rough waters in its restart plan, with no end in sight to the global health crisis. Early this week, CLIA announced the extension of a voluntary suspension of cruise operations in the US through December 31, 2020.

In Germany, where TUI Cruises had been sailing incident-free since late July, the government has ordered the line to once again pause sailing effective today. TUI noted that since July, over 40,000 passengers have sailed on its cruises with no outbreak of illness. 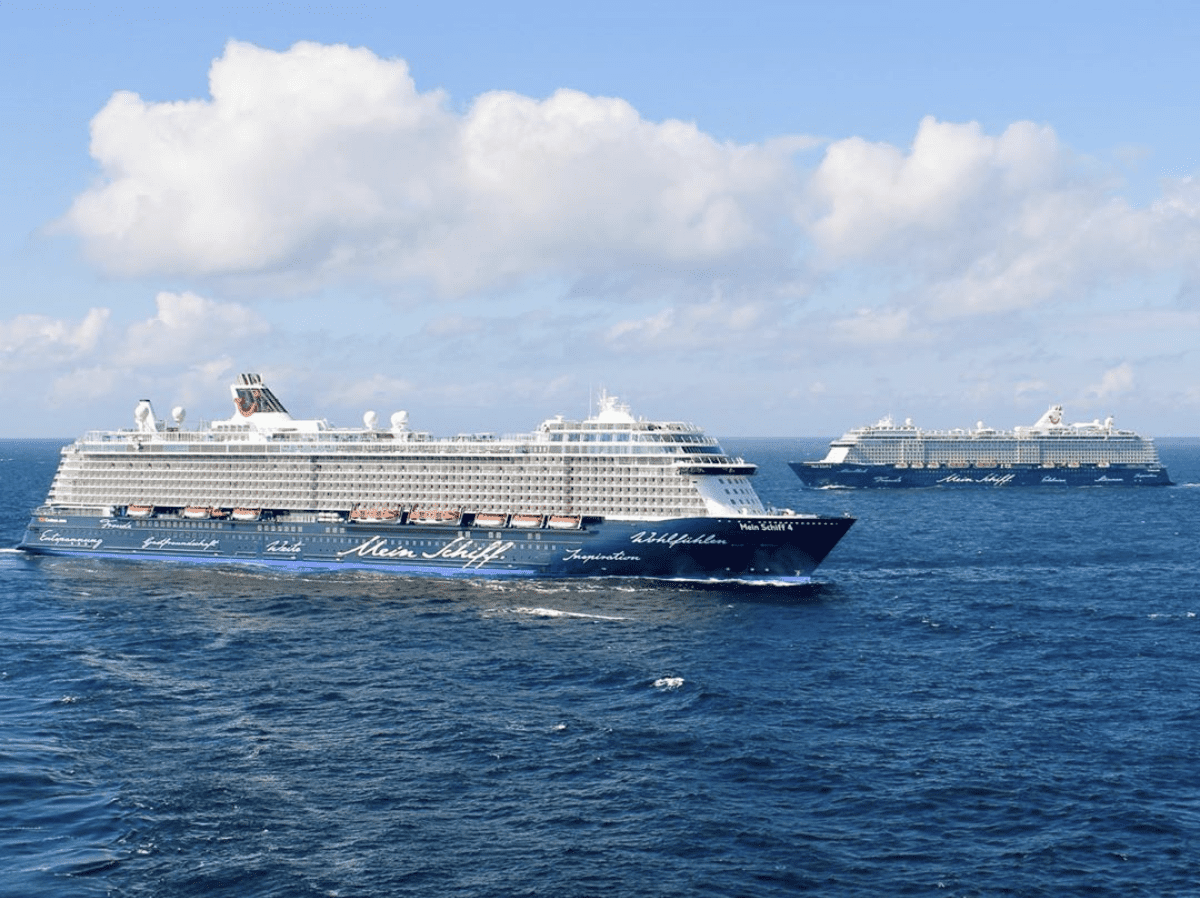 Two TUI cruise ships as seen from onboard Mein Schiff 2.

A worsening situation and tighter restrictions in the UK are just one more current obstacle in the way of a cruising restart. The UK government is still advising its citizens against cruise travel, but a ray of hope came last week when UK Minister for shipping and aviation Robert Courts told a forum organized by CLIA that he will continue to support the case for a safe resumption “as soon as it is safe to do so.”

Author: adayincozumel
Filed Under: News
What Happened To Carnival Air Lines? A Look Beyond Cruise Ships
‘Cruises To Nowhere’ Underway in Singapore, Royal Caribbean Up Next