Back To Sea For A Third Carnival Corp. Cruise Ship 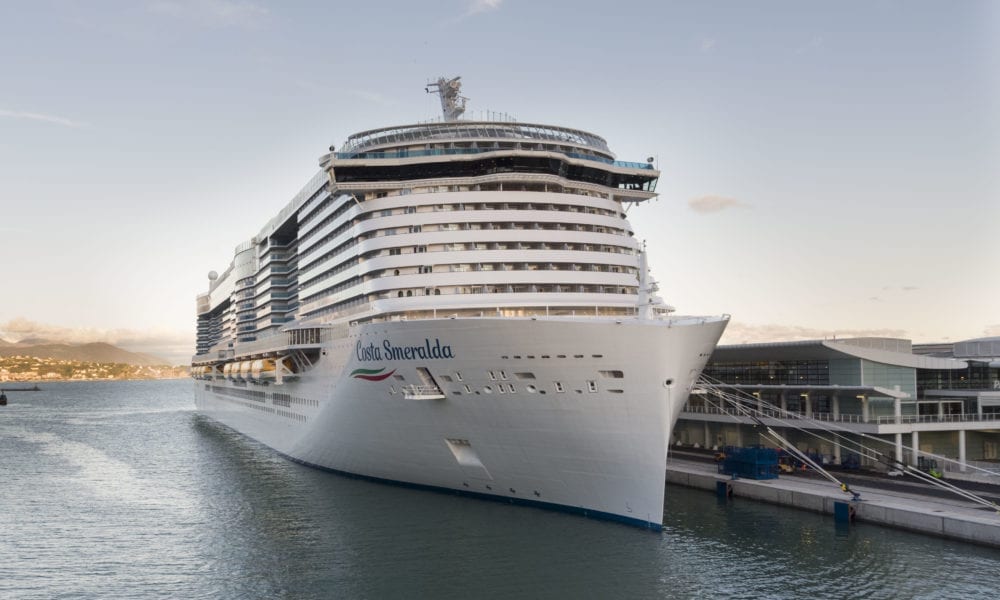 Carnival Corporation (CCL) has now added one more ship to its slate of vessels that have returned to cruising.

Every ship that sails overseas gives teams in America another opportunity to learn what protocols are working. (Photo courtesy of Costa Cruises)

Smeralda is the third Costa ship to return to service in Europe since the sailings opened back up in Italy in August. Smeralda joins both Diadema and Deliziosa in Mediterranean sailings.

The weeklong cruise will sail from Savona and throughout Italy with port calls to La Spezia, Cagliari, Naples, Messina and Rome. The return-to-cruise is a homecoming of sorts for Smeralda as she’s been sailing from Savona since her debut in December 2019.

“We are gradually returning to operations with an increasing number of ships, in a responsible and safe way, thanks to the new health protocols,” said Michael Thamm, Group CEO, Costa Group & Carnival Asia.

All Guests Are Tested Before Boarding

All of Costa’s ships are sailing under new health guidelines. One of the most important changes put into place is that guests will be receiving an antigen test at the pier before boarding the ship, with the possibility of a second molecular test if there is a question as to the outcome of the first test.

Other new protocols onboard include wearing a mask when necessary, physically-distanced dining and entertainment, new ventilation systems and controlled shore excursion experiences.

Like MSC Cruises, Costa has crafted the cruise experience to be an insular environment with guests only coming into contact with those in good health.

Europe continues to blaze the path forward for the resumption of cruising and showing the world that ships can sail safely.

In August, MSC Cruises Grandoisa was the first major cruise line to resume sailings in the Mediterranean, followed by Costa the following month.

Back in the United States, the no-sail order for cruise ships expires on October 31.

However, Carnival Cruise Line, Royal Caribbean, Norwegian and MSC have all canceled voyages through November. The earliest they would return to cruising would be December 1, 2020.

Author: adayincozumel
Filed Under: News
Brand New Celebrity Cruise Ship Arrives The Bahamas [PHOTOS]
You Can Live on This Cruise Ship For $25,000