US Cruise Industry Another Step Closer To Sailing 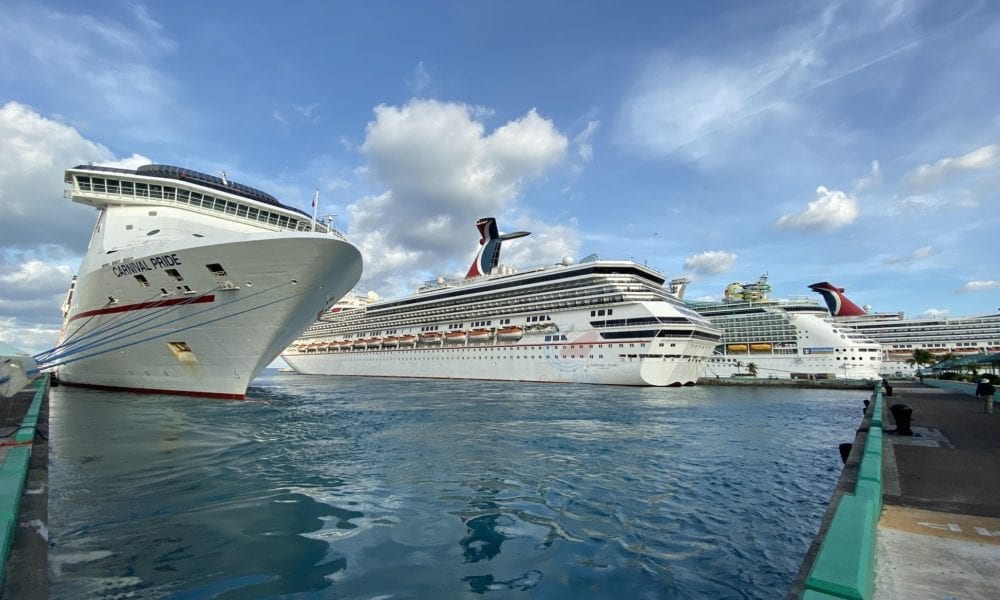 The cruise industry moved one step closer toward opening on Friday afternoon as Vice President Mike Pence had a conference call with cruise line leaders, along with officials at the U.S. Centers for Disease Control.

Today’s meeting was about mandatory testing for all crew and passengers, the resumption-of-cruise plans submitted to the U.S. Centers for Disease Control, along with lifting the no-sail order at the end of the month. The current no sail order by the CDC is set to expire on October 31.

The meeting came exactly a week after the originally scheduled meeting was canceled between cruise industry reps and the White House.

Notes published by the White House said, “During the call, Vice President Pence gave a brief overview of the current state of the No Sail Order and highlighted the shared goal of reopening the maritime economy, with a focus on the cruise line industry safely sailing again.”

It continued, “HHS Secretary Azar and CDC Director Redfield touched on their commitment to the collaborative effort that produced the Healthy Sail Panel’s 74 recommendations, and the Federal government’s support of the industry to safely and responsibly sail again, but cautioned that the cruise industry would have to backstop their venture to resume operations.”

Currently, Royal Caribbean and Norwegian brands have ships canceled through November 30. Carnival still has ships scheduled to return on November 1.

Carnival CEO: “No Other Industry Does 100 Percent Testing”

Even before that meeting was set to take place, tensions arose when the CDC’s desire to extend its no-sail order until sometime in early 2021 met with pushback from the White House.

As a result, the no-sail order was extended only through October 31, a date that had little impact on the cruise industry, given that it already collectively announced that they would not be sailing out of U.S. ports before November 1.

A couple of factors will come into play regarding the CDC lifting the ban or extending it once again: the virus’ landscape in Florida at the end of the month and Europe’s continued success in the Mediterranean.

Already, the industry has been working toward creating and implementing a series of health protocols that would be put in place before they could set sail.

On September 21, two sets of plans outlining these protocols — one crafted by the Health Sail Plan formed by Norwegian Cruise Line Holdings and Royal Caribbean, the other presented by industry trade group Cruise Lines International Association — were presented to the CDC.

Although the plans were independently crafted, each outlined basically the same protocols. One thing which CLIA has made clear is that the lines will insist on a 100 percent mandatory testing policy for all of its ocean-going cruise ships that carry over 250 guests. This testing would be for both crew and passengers.

Already, many if not most of the protocols presented to the CDC are being put into practice by the few ships which are currently sailing overseas. This includes two ships owned by Costa Cruises, a division of Carnival Corporation. Carnival also expects to have ships from another of their divisions, AIDA Cruises, sailing in the very near future.

As Carnival Corporation CEO Arnold Donald said during a recent earnings call, these sailings not only show how effective the protocols are, but offer the American-based brands an opportunity to see them in action even as they are moving towards implementing them.