11 Things for Cruisers To Do in San Juan, Puerto Rico 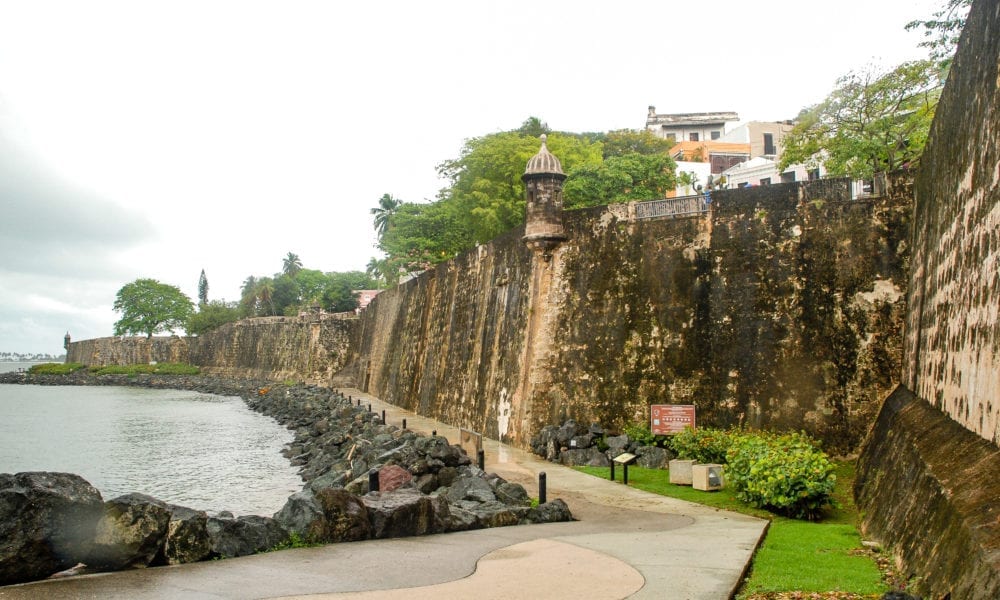 San Juan, the vibrant capital city of Puerto Rico, truly has something to offer for every visitor. As one of the oldest settlements in the New World, the city is rich in historical sites. But San Juan doesn’t just offer history.

Its location on one of the largest islands in the Caribbean affords the port easy access to a wealth of natural treasures including beaches, tropical rainforests with mountain trails and waterfalls, and unique and delicious cuisine.

Sitting on the north coast of the island of Puerto Rico, San Juan has a rich and exciting history. The weather is reliably tropical with frequent showers in the summer, and warm but drier winters. For travelers, San Juan is one of the most interesting ports of the Caribbean. 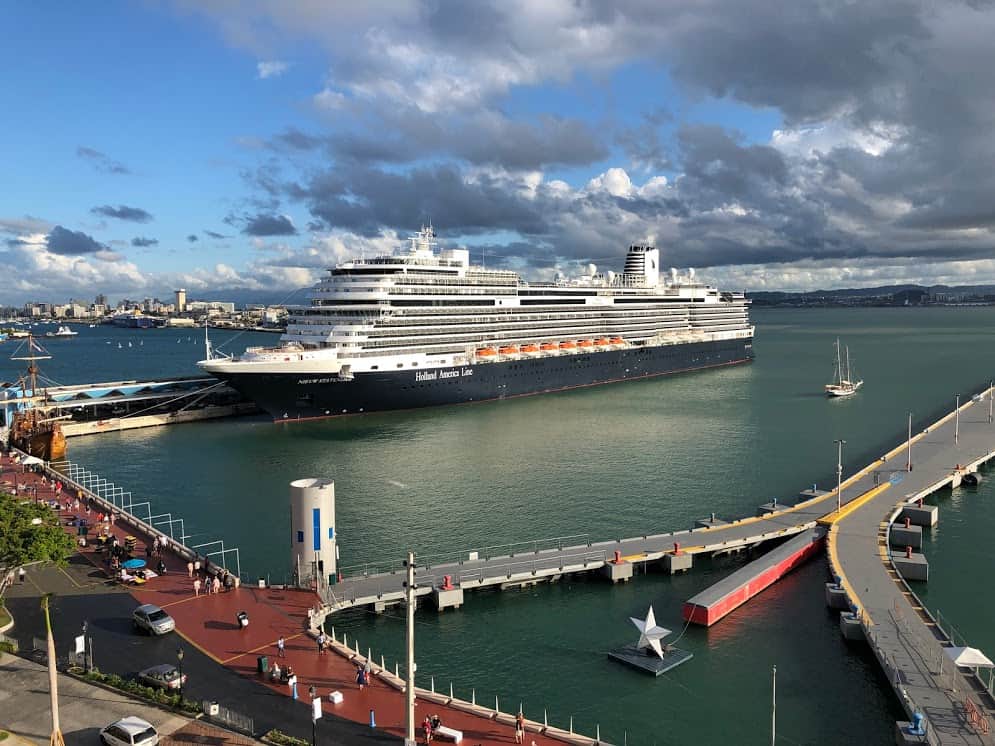 When sailing into the harbor, don’t miss the opportunity to be out on deck to see the ship sail past the old city’s fortifications — it is really something to behold!

Most ships dock at one of the piers which are located on the southern side of Old San Juan. If this is the case for your vessel, then all the sights and flavors of Old San Juan are a short walk away and are immediately visible from the piers.

However, others, such as most Royal Caribbean ships, are berthed a bit further away at the Pan American Pier, which is an easy and short taxi or Uber ride away.

RELATED: 5 Most European Cities In North America To Visit on a Cruise

Things For Cruisers To Do In Puerto Rico The beating heart of the city, Old San Juan is the remarkably intact Spanish colonial walled town that was once one of the most important cities of the Spanish colonial empire. Based upon a grid pattern and surrounded by the sea on three sides, walking around the streets is a joy as “getting lost” is not really a possibility.

Beautiful flower-filled squares are around corners and townhouses are painted all manner of colorful Caribbean hues, while more restaurants than you could possibly try in even a dozen visits tempt passersby.

Even though Old San Juan is only about 7 blocks wide and 7 blocks long, the terrain and weather can make what appears to be a short walk longer than anticipated. Dress accordingly, wear comfortable shoes, and always leave time to stop for a cocktail or café! 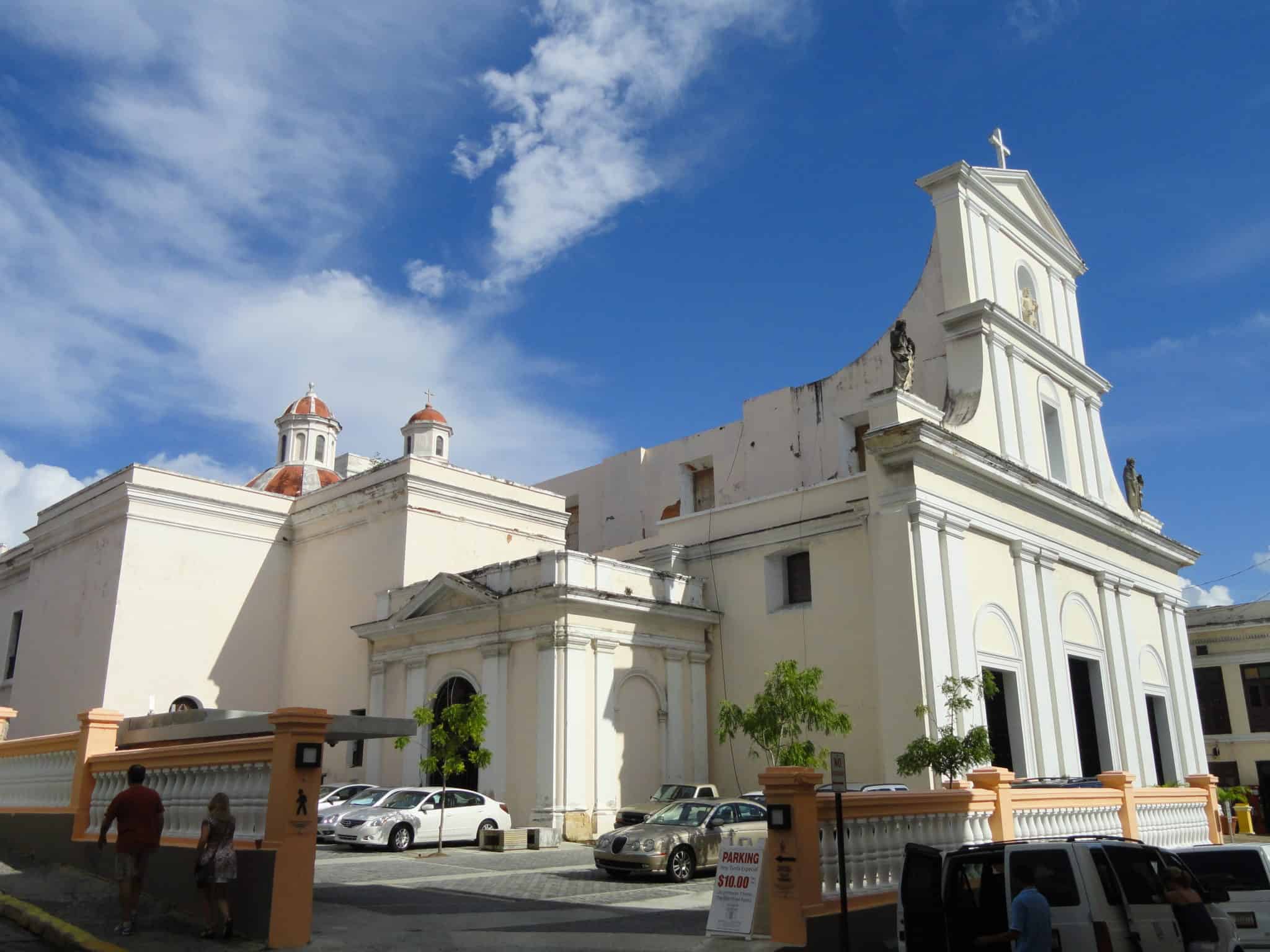 Celebrating 500 years of serving the community, one of the oldest buildings in San Juan (and also the oldest cathedral in the United States) is the Cathedral of Saint John the Baptist. It is a beautiful building to tour. The interior is understated but elegant and worth popping in to view.

Additionally, the tomb of Ponce de Leon, one of the most famous Spanish explorers, is located inside the church. If you don’t have the time to go in or are not inclined, the exterior is still worth passing by as the surrounding square and steps are often adorned with flowers in large pots and make for excellent photographs. 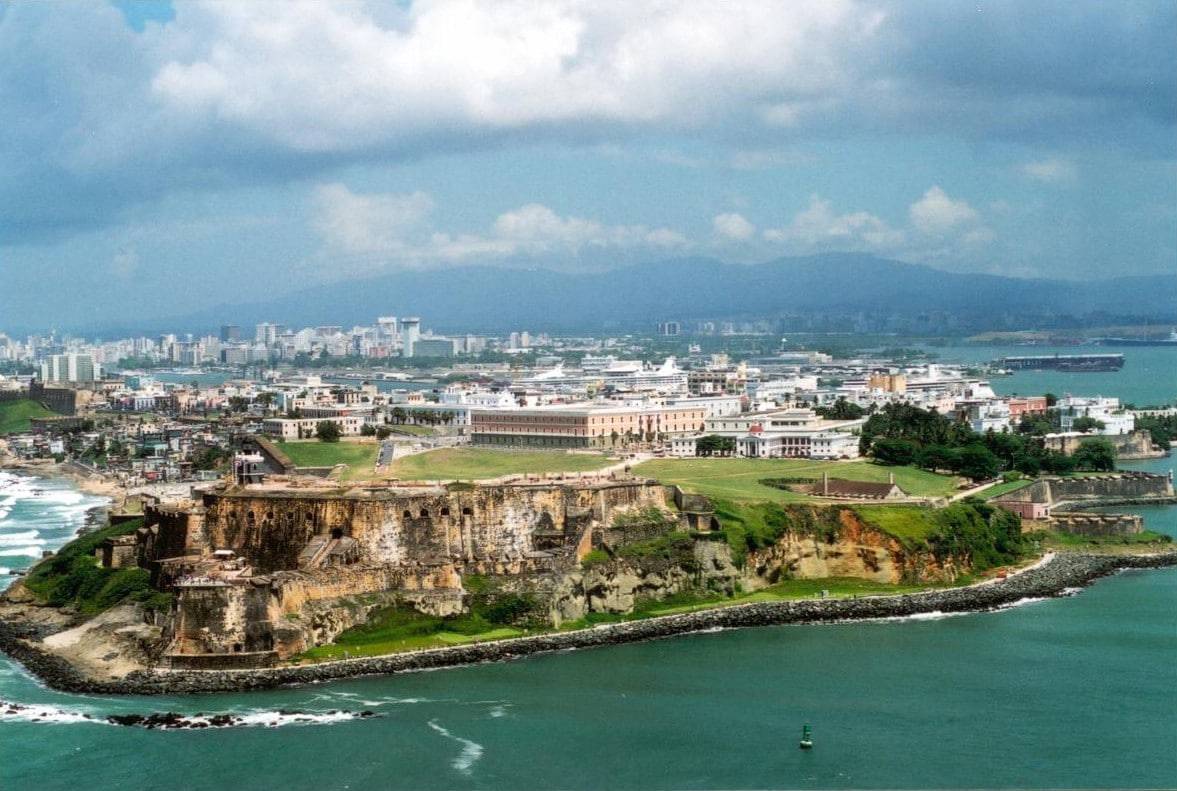 Practically the symbol of San Juan, the Castilo de San Felipe del Morro was used as a military installation from its foundation in 1539 all the way until 1961. As a UNSECO World Heritage site, it truly is one of the “must-see” locations in San Juan. Visitors are invited to tour the fortifications, climb hidden passageways, and imaging life for the soldiers who were stationed there.

Just outside the gates of the fort is a huge grassy area, great for relaxing, flying kites, and enjoying the ever-present breeze with lovely views of the ocean and surrounding city. Your ticket to the Castilo also includes access to the other fort in San Juan, San Cristobal, so if you want even more historical sights, stroll on over there after a visit to El Morro. The Paseo del Morro trail follows masonry walls, dating back to the 1630s, that surround the city of Old San Juan. photo by kkanouse/Flickr

Winding along the ancient walls and fortifications of the city, the Paseo del Morro is a delightful walk to take with sweeping views of the sea. The walk begins at the Paseo de la Princesa, immediately west of the cruise piers. The entire walk is almost completely paved and mostly flat, though there are steps at the end leading up into the famous El Morro fortress.

If you don’t feel like making the entire walk around the city, a good stopping point is at La Puerta de San Juan, a gateway painted red which allows access to the city. A word of wisdom: the walk is mostly unshaded, so it is best done in the morning or late afternoon. 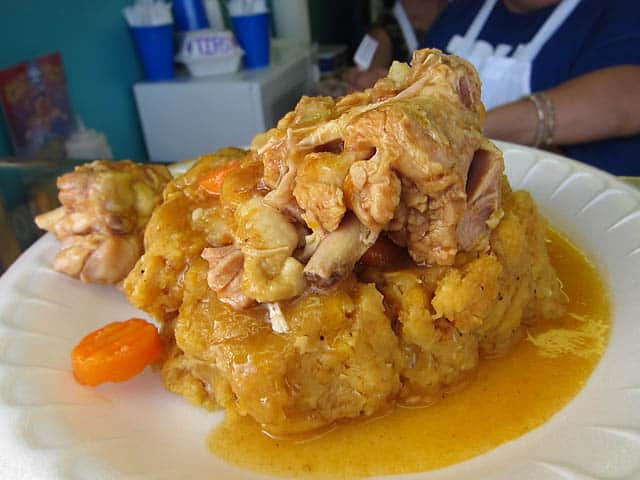 The signature dish of Puerto Rico, mofongo is made from mashing and frying plantains (a banana-like fruit), mixing them with salt, garlic, and other flavors, and then forming the concoction into a ball. While it might sound strange, we can promise you that the result is pure heaven!

Often served with toppings like shrimp, chicken, or a simple broth, mofongo is something that should not be missed on your visit to San Juan. 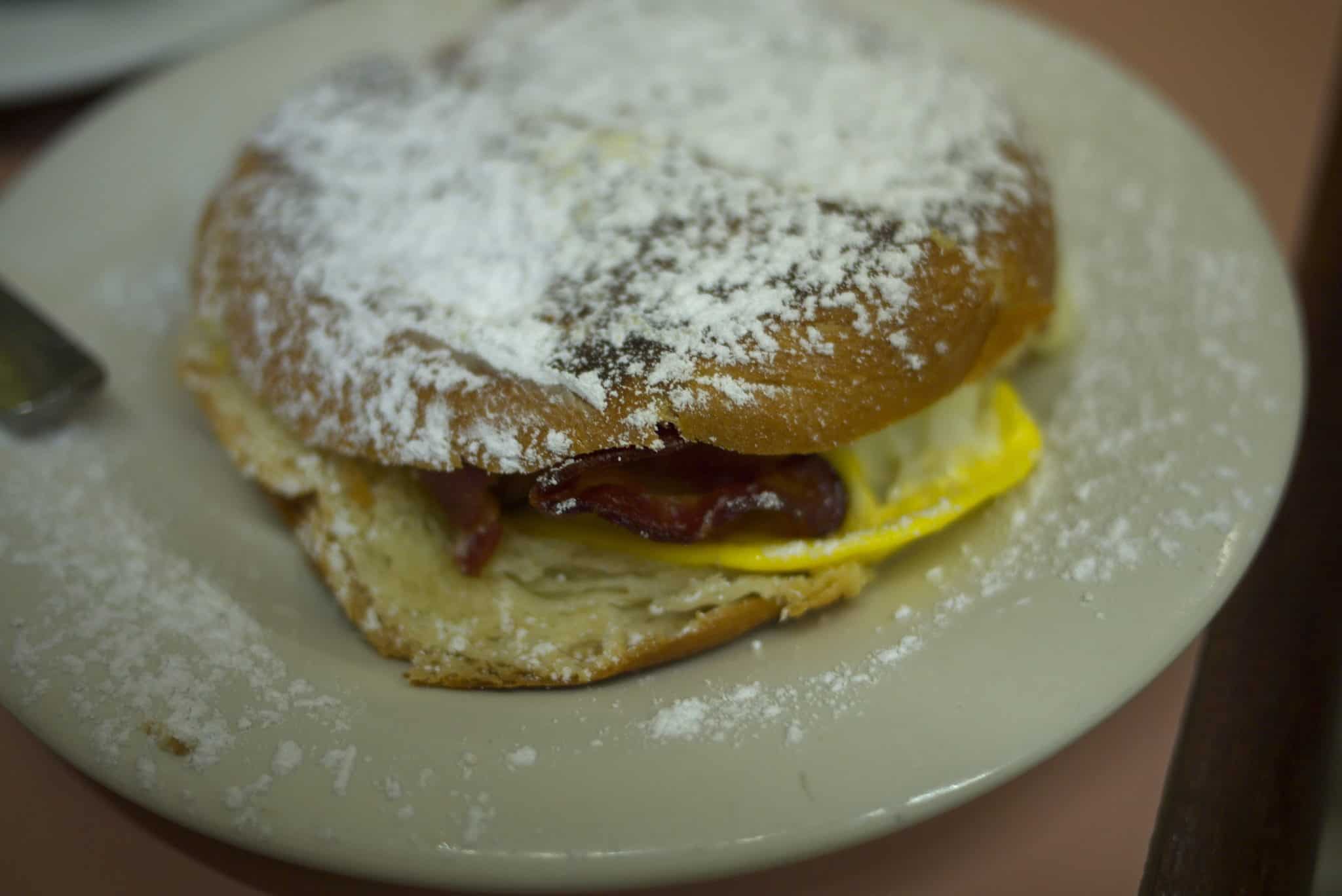 A local pastry topped in powdered sugar, Mallorcas are available plain or filled with a variety of items such as cheese, ham, or guava paste. If this sounds like something you may want to try (and you should!), they are best at their namesake restaurant, Cafeteria Mallorca located on Plaza San Francisco. Other local shops sell them as well. 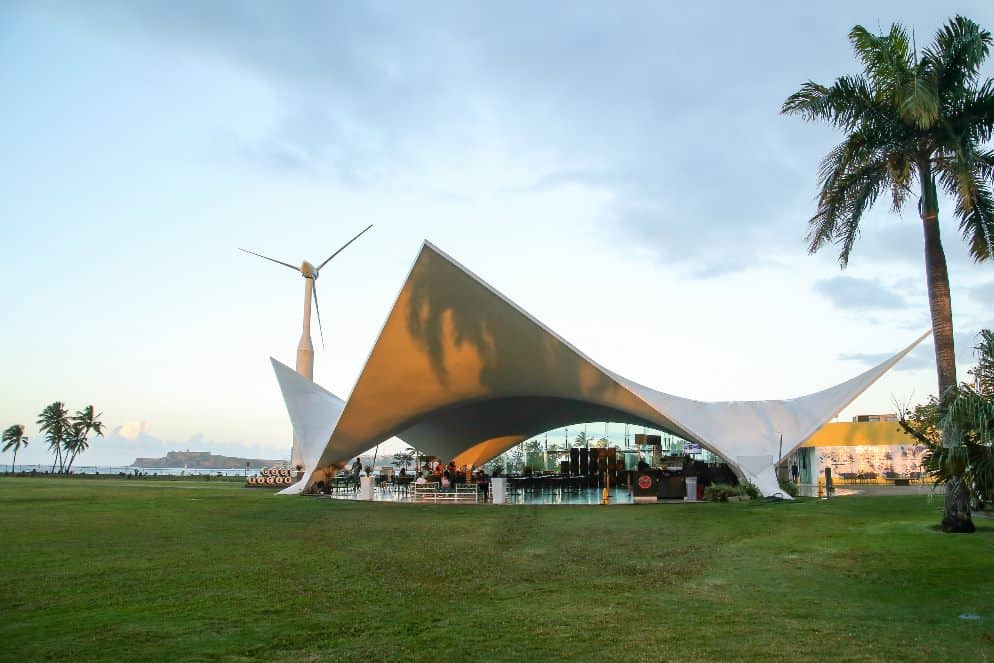 For fans of rum, the Bacardi factory in San Juan is often described as a cathedral of sorts. To get there, you can take a tour through your cruise line or other operator, take a taxi, or utilize a public water bus/ taxi combo. When onsite, tours of the distillery are offered which showcase the process of rum production, the history of Bacardi, and of course, tastings. Also located on the grounds is a spectacular outdoor tasting terrace, shaded by a retro covering. 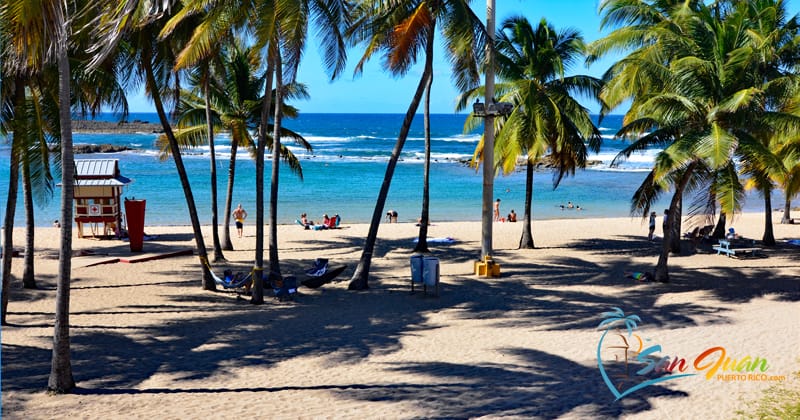 Puerto Rico is justifiably famous for its beaches, and there are several to choose from near San Juan. Each has beautiful golden sand and crystal clear water. The closest to the port is a short taxi ride away at Playa Escambron. This beach has facilities for changing, as well as restrooms, lifeguards, and refreshment stands.

Further from the port are the beaches of Condado and Isla Verde, which are just as lovely as Playa Escambron. However, facilities are generally inside hotels or condo complexes, so a day pass to one of the resorts may be your best bet. The Hilton, Marriott, and San Juan Beach and Water Club all offer passes. 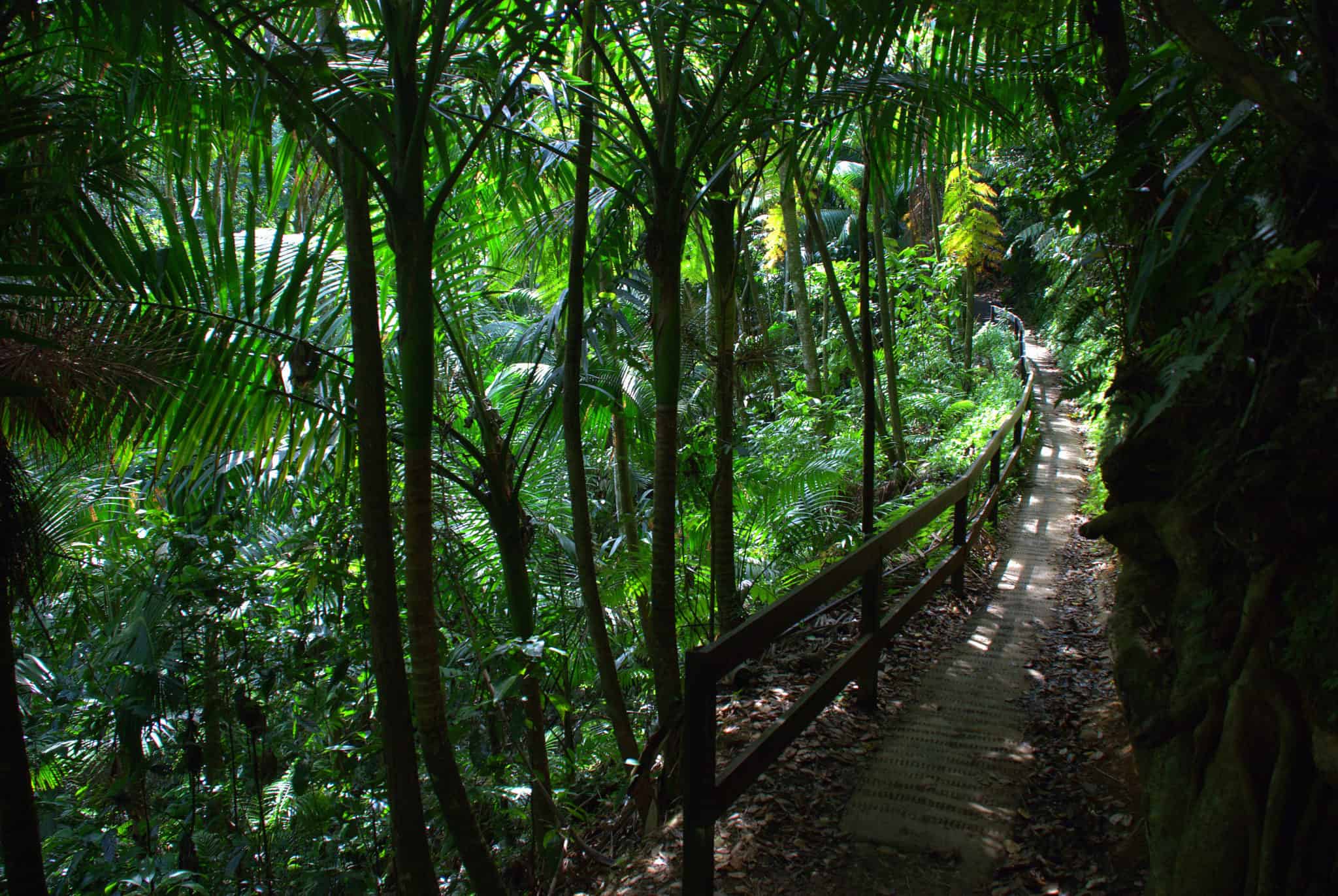 Located about an hour and a half from the port in San Juan, El Yunque is a United States National Forest. A true rainforest, the park is a delight to visit. Despite sustaining significant damage from the hurricanes in 2017, it has rebounded spectacularly — a testament to the resilience of nature. Hikes in the forest lead to waterfalls, and observant visitors might even see the tiny coqui frog, Puerto Rico’s most famous creature.

To get to El Yunque, a rental car is a must, otherwise, taking a tour is a good idea to ensure your time is spent wisely and that while in the forest, you see the best it has to offer! 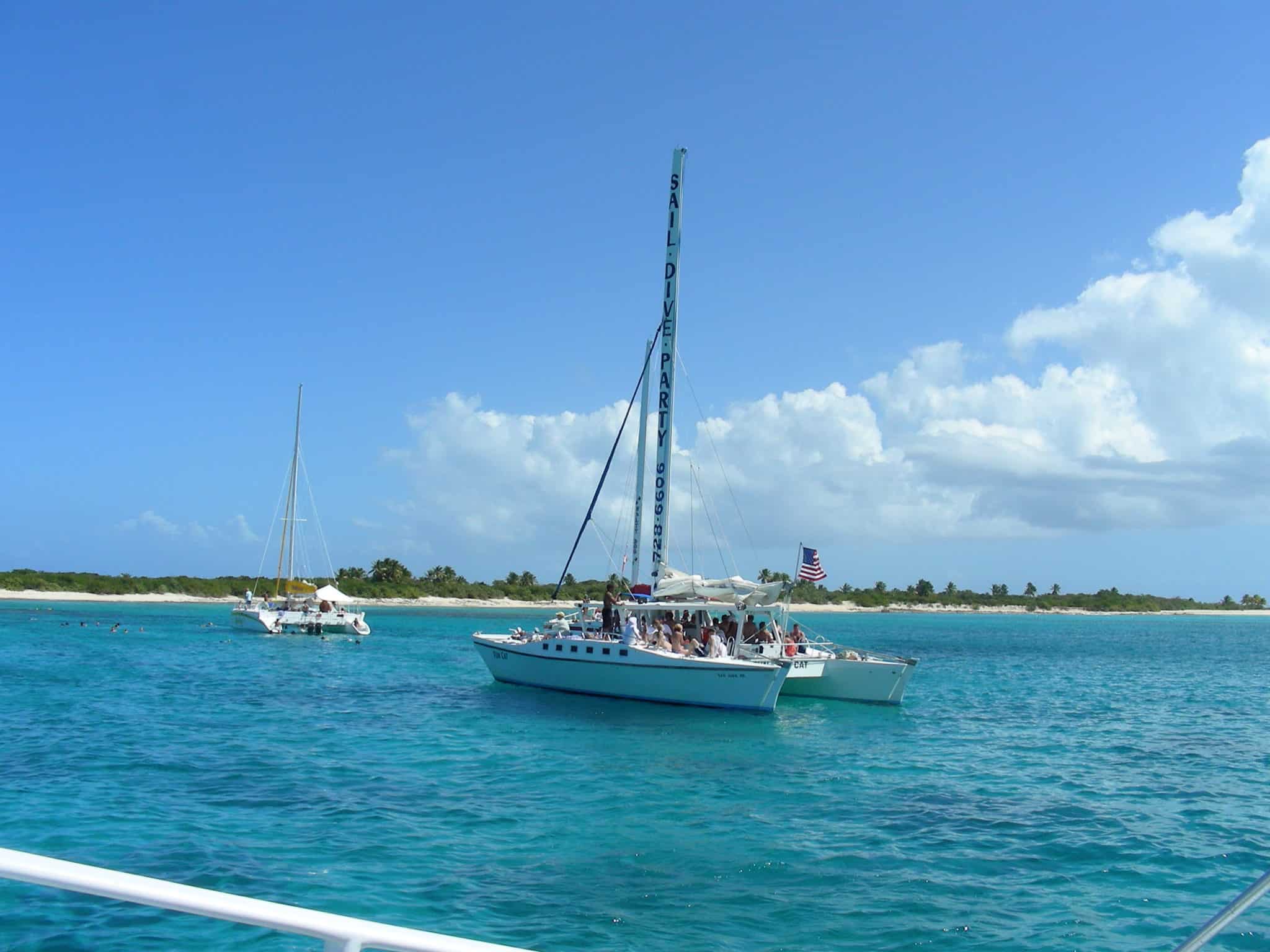 A fabulous option for those who may be weary of history, yachts and catamarans can be hired from a number of different operators in San Juan. Typical cruises tour the harbor area, go along the north coast of the island, and, if time permits, visit a “deserted” tropical island.

Prices usually include lunch and snacks along with rum punch after all the swimming is done. If you have a late evening in San Juan, consider hiring a boat for a sunset cruise — they are breathtaking! 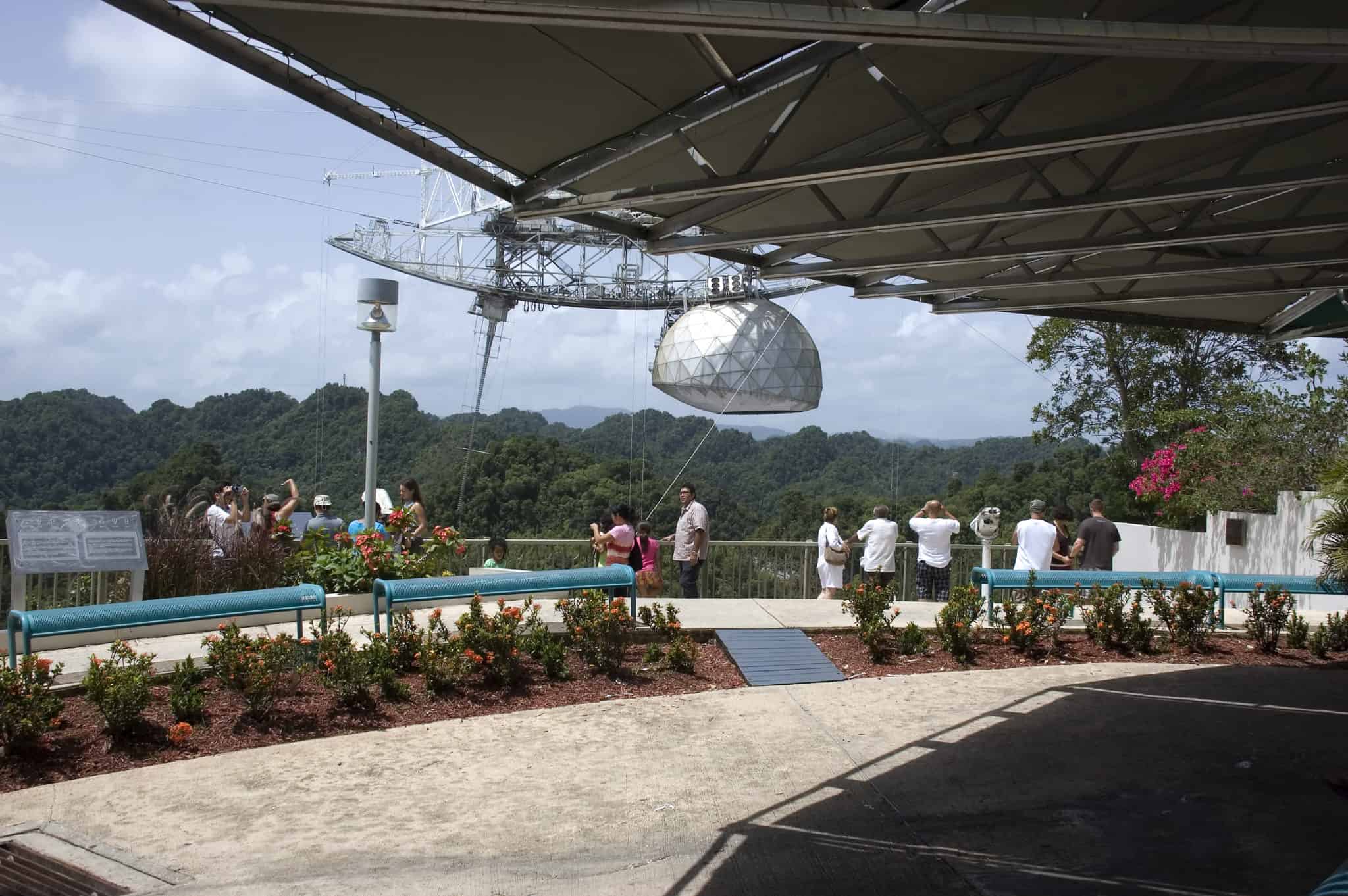 Fans of astronomy and science will be interested in seeing the Arecibo Observatory. Located about an hour west of San Juan, the radio observatory is the second largest in the world, constructed in 1963 in the depression left by a sinkhole. Visitors can watch a short film on the history of the observatory, attend a guided tour of the Visitor Center, and view the incredible structure itself.

A food truck is on-site for refreshments and a gift shop has fun science-related items. Due to the distance from San Juan and its location in the jungle, it is recommended to take a cruise line tour or hire a local guide to visit the Arecibo Observatory. 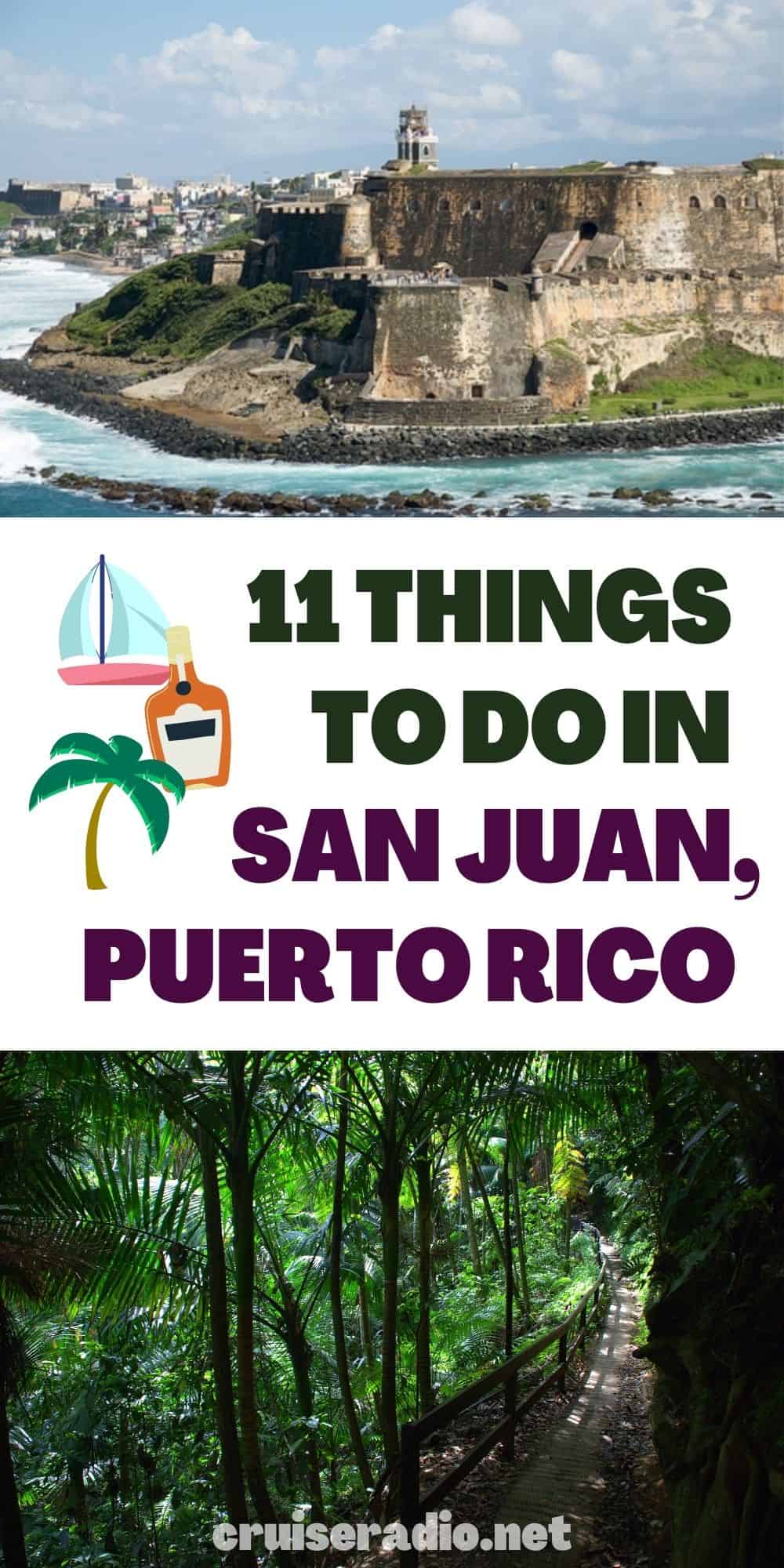