5 Things to Do in Olympia, Greece Port 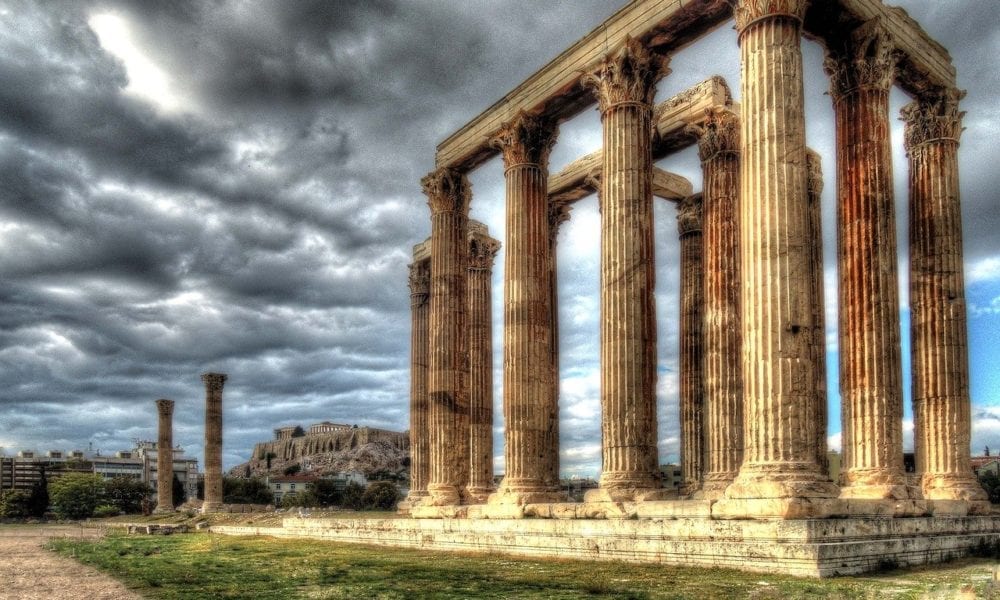 The archaeological site of Olympia is famous for being the venue of the ancient Olympic Games that were held every four years to celebrate the god Zeus.

However, the port town saw a tourist boom at the end of the 20th century. The summer season at Olympia attracts tourists, locals and some of the largest cruise ships imaginable that come to see its ancient sites. 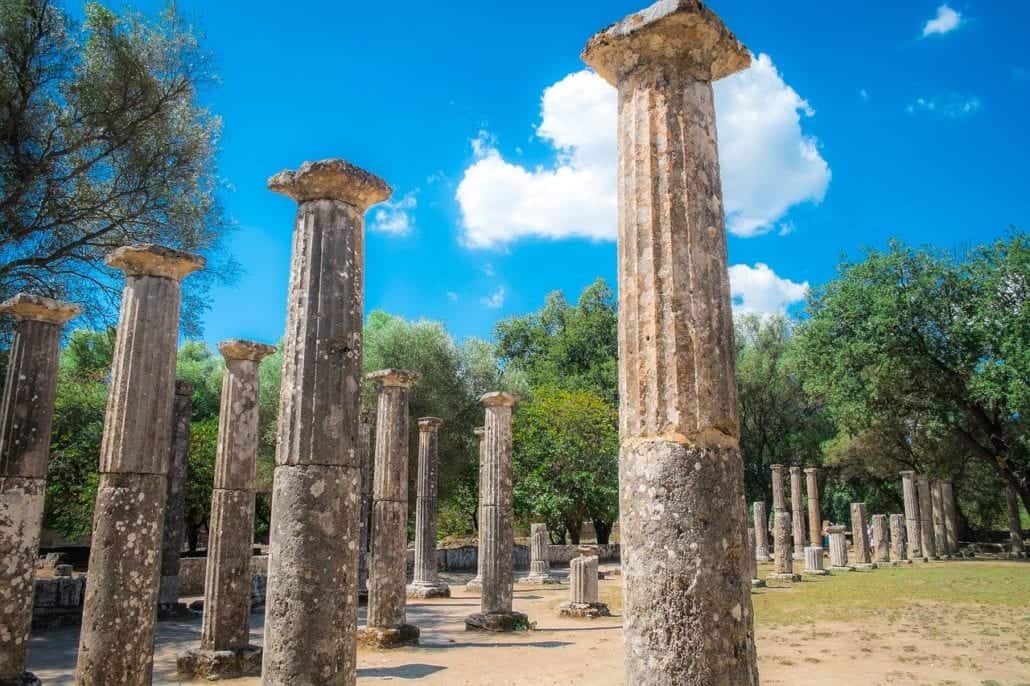 If you are planning Greece for a getaway, don’t forget to add Olympia to your travel itinerary. The historic location is less than four hours’ drive from Athens while you can also take a cruise excursion that provides safe and enjoyable experiences.

Five Things To Do in Olympia, Greece 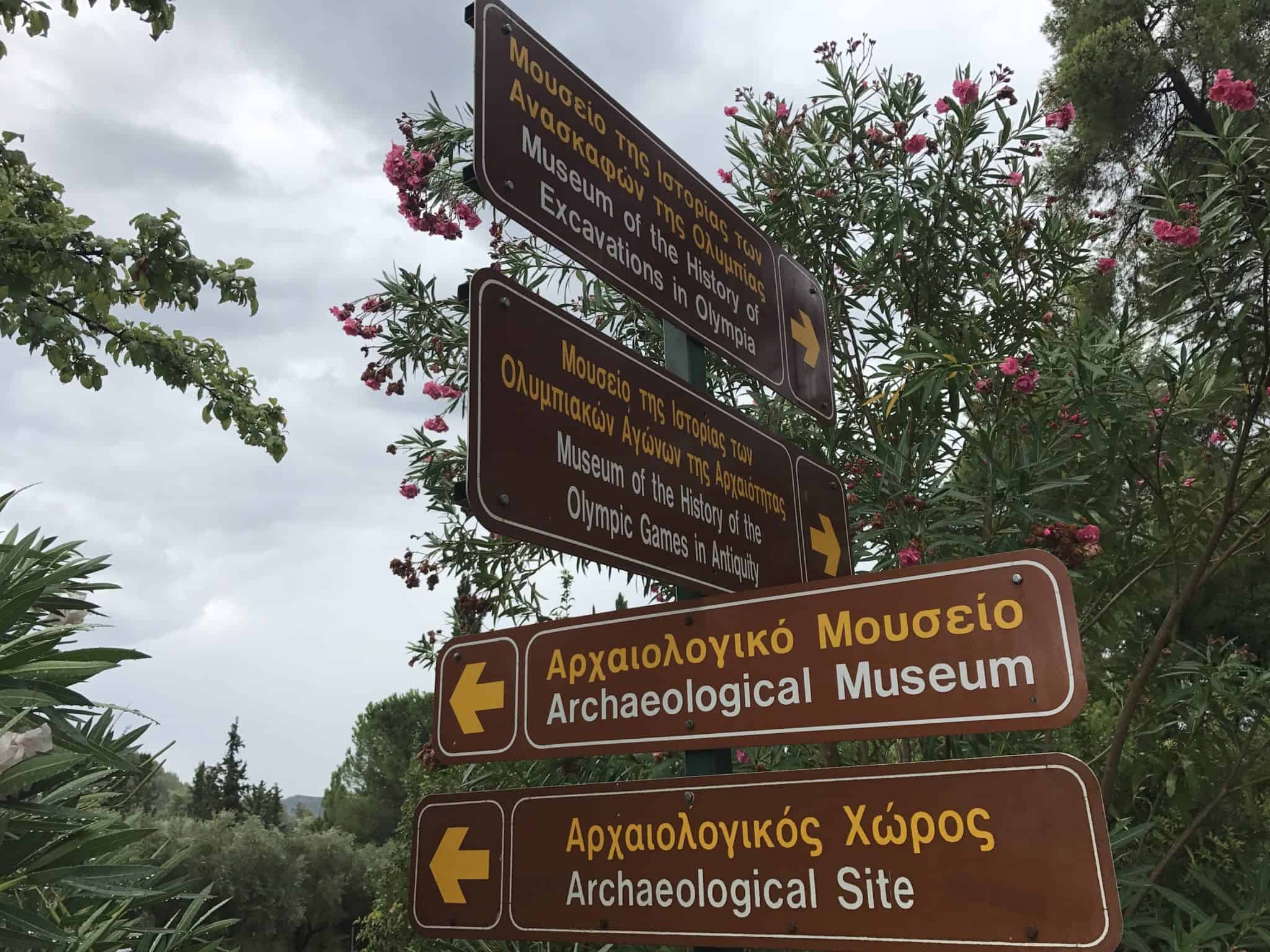 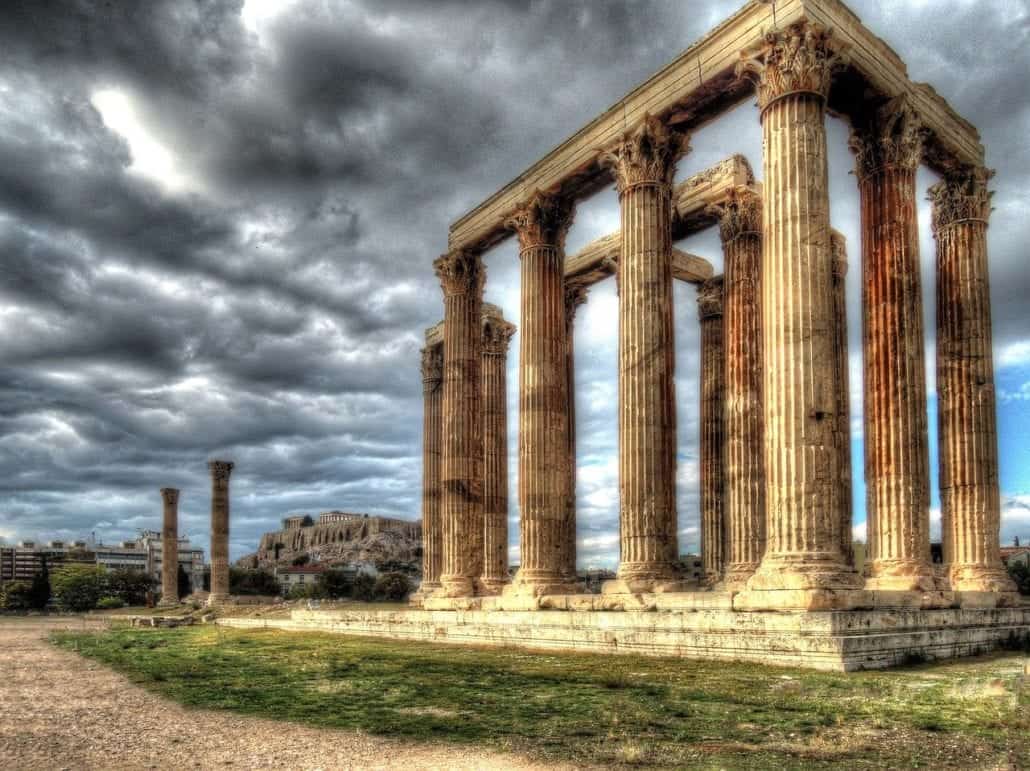 The ruined temple of Zeus was built to honor the chief of the gods around 470 B.C., the same time when the ancient Olympic Games were at their peak. According to historical experts, the temple took around 13 years to build, after a war that took place between Elis and Pisa – the two neighboring powers of the area.

Spanning 15-acres of land, the monuments and the structure of the temple is created using a combination of materials such as limestone, stucco, and Parian marble.

The inside of the temple housed the two most impressive monuments of all time, the ivory and gold sculpture of Zeus and of the Roman Emperor Hadrian, who deemed himself as a god during the era.

Unfortunately, if you visit the temple today your imagination along with the help from guided tours, is all you will have to picture one of the most magnificent temples in the history of Greece. A significant part of the architecture has been damaged due to earthquakes and other natural calamities. However, the site remains and is a must-visit during the tour of Olympia. 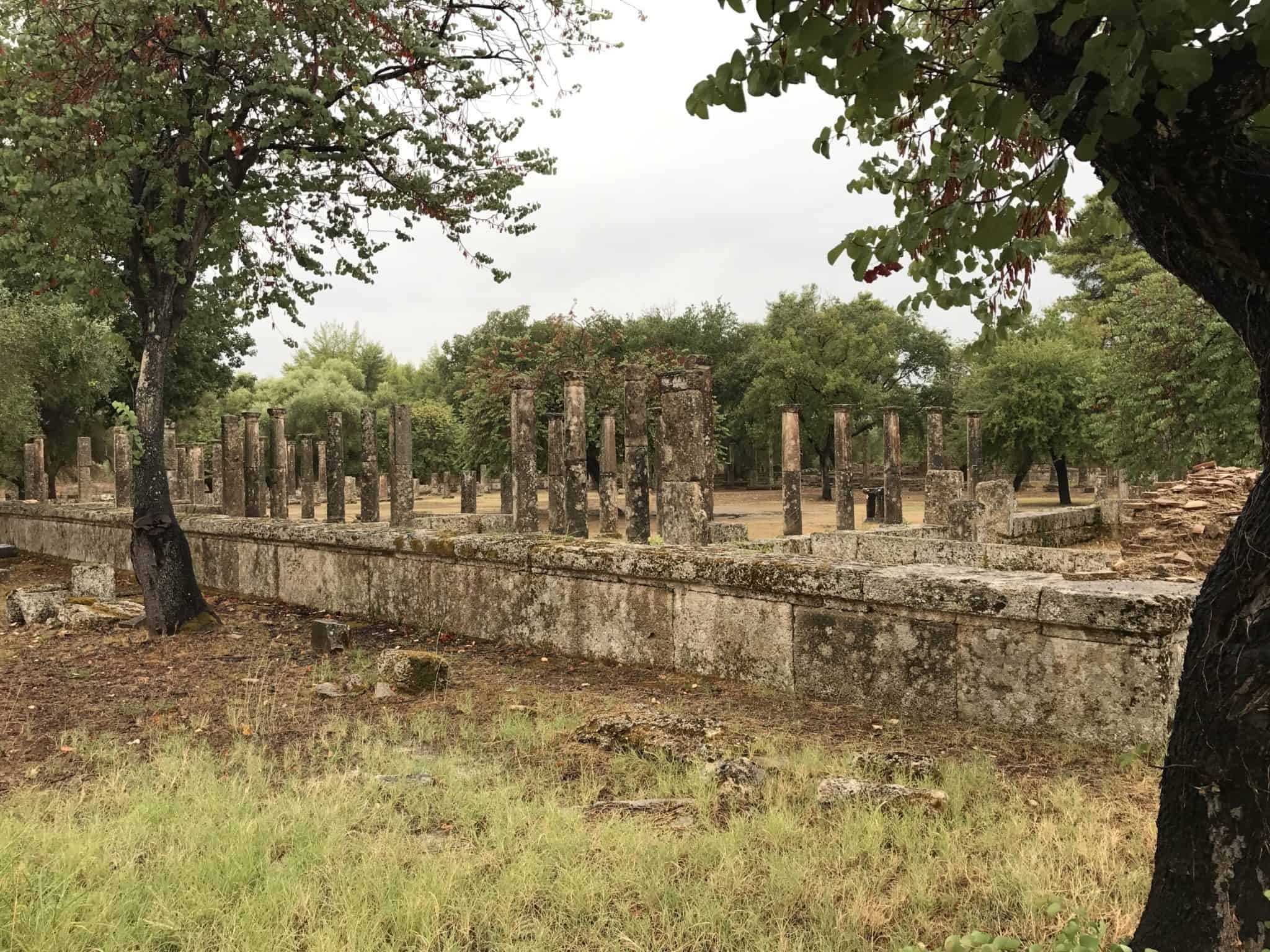 The temple of Hera was initially built to honor both Zeus and his wife, Hera. However, it became solely dedicated to the pious queen when construction for the temple of Zeus began nearby. One of the oldest sites in the area of Olympia, the temple is created using various materials such as limestone, wood, terracotta, and brick.

Dating back to 650 B.C., the temple is believed to have stood for over a thousand years, until the late 30 AD.

Today, many areas of the ancient site have been re-erected.

Models and photographs of the complete structure, are available at the museum. Interested visitors can also see a full-sized copy of the structure in the US inn Jasmine Hill Gardens, Alabama as well. 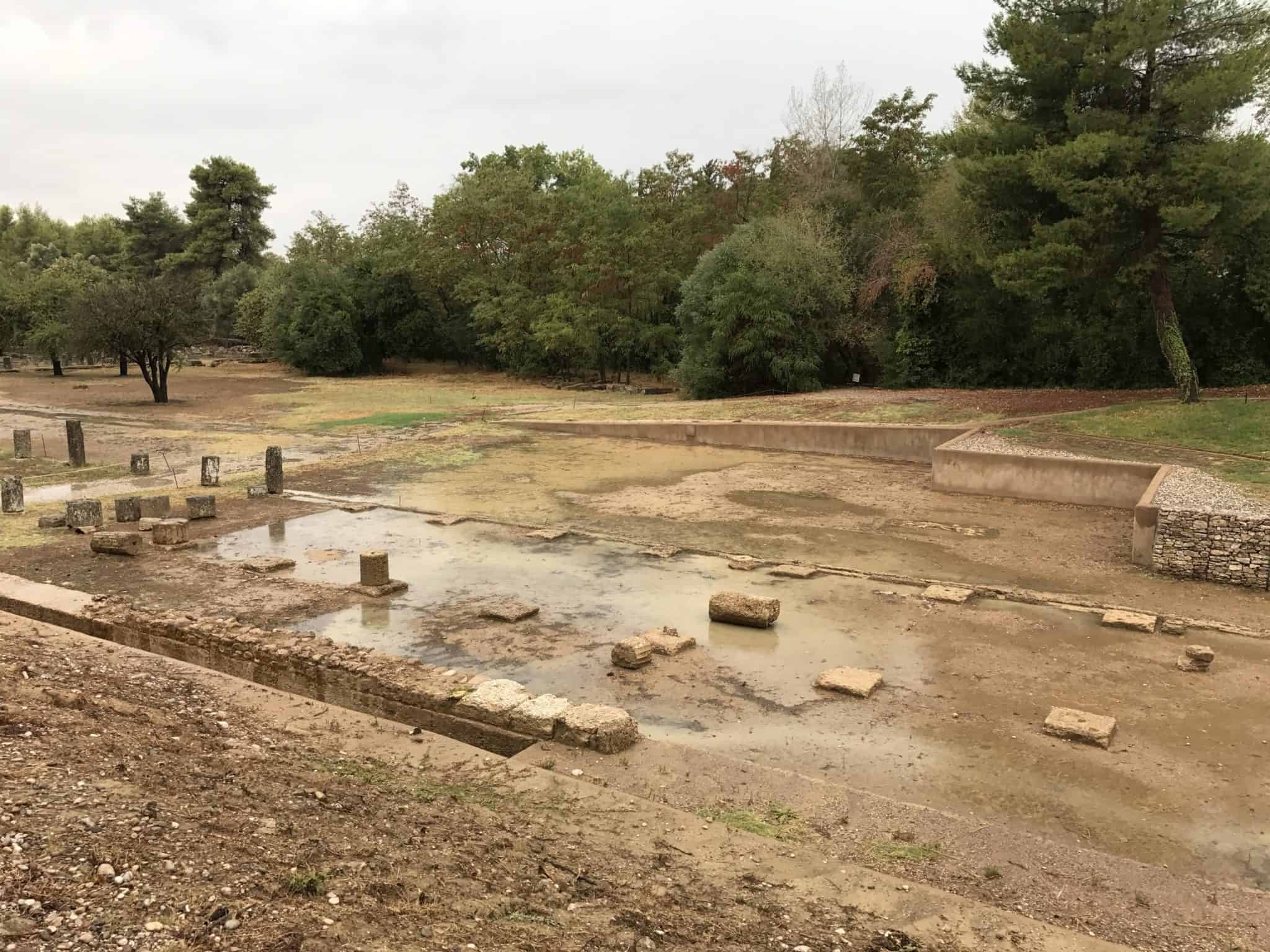 As the name implies, the stadium site is where the Olympic games took place. The gaming area is vast, with a seating capacity of over 20,000 spectators.

Of course, the olden days are visible here with seats made out of mud and the starting/ending line signified by two stone markers.

Besides the Olympic Games, the stadium also hosted the all-women Heraia Games to honor the Goddess Hera.

The games took place at the same time as the main Olympic Games – every four years and allowed the young girls of the area to participate in a footrace.

Climb up the small hill of Mount Krunos, the land that adjoins the historic area of the Olympic Games and witness the breathtaking views of the land below.

While there, you can also pay a visit to the museum dedicated to the Olympic Games. Here, you can find several exhibits and artworks that aim to present all aspects of the ancient games along with the colorful history of the region.

The games stopped in the area long ago. However, the stadium is still a sight to behold and is an attraction for many. The ancient site also saw the limelight again when the hammer throw event of the Athens Olympics was held here.

After a day of visiting the ancient ruins of Olympia, take a refreshing break at the Olympia Gi. A family-based winery located just five minutes from the archaeological sites.

The winery is not only renowned for producing premium-quality beverages but is also famous for its location and serene landscape.

During the wine tasting tours, visitors can walk around the vineyards and learn about the different techniques as well as varieties of the wine.

After the tour, the visitors can enjoy samples of the wine along with their homemade olive oils and refreshments at the air-conditioned guest area. 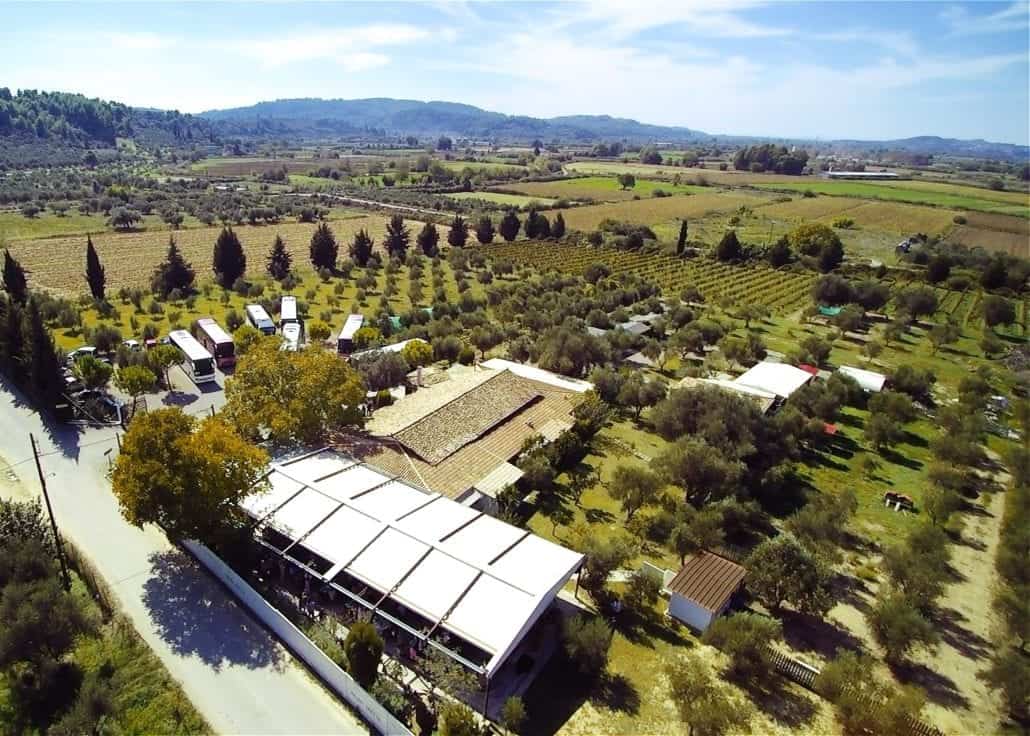 During the tour, the owners offer an overview of the area’s history and its protocol for the production of their food sources.

The highlight of the tour is the dancing and meal conducted towards the end. The meals are served in their dining area, where everything has been prepared locally. It’s truly authentic and as delicious as it can get.

The entertainment is superb and the visitors can enjoy every moment, dancing and laughing with one of the most hospitable families of the Olympia region.

A visit to Olympia may seem like a historical tour at first but when you land in the area, you will be enthralled by the beauty of the countryside.

Ideal for a day tour, the Olympia port is synonymous with total relaxation. Visitors of all ages can enjoy the archaeological sites, landscapes, and the delicious food of the region. Add Olympia to your travel bucket list and plan a sightseeing tour of the ancient area soon.