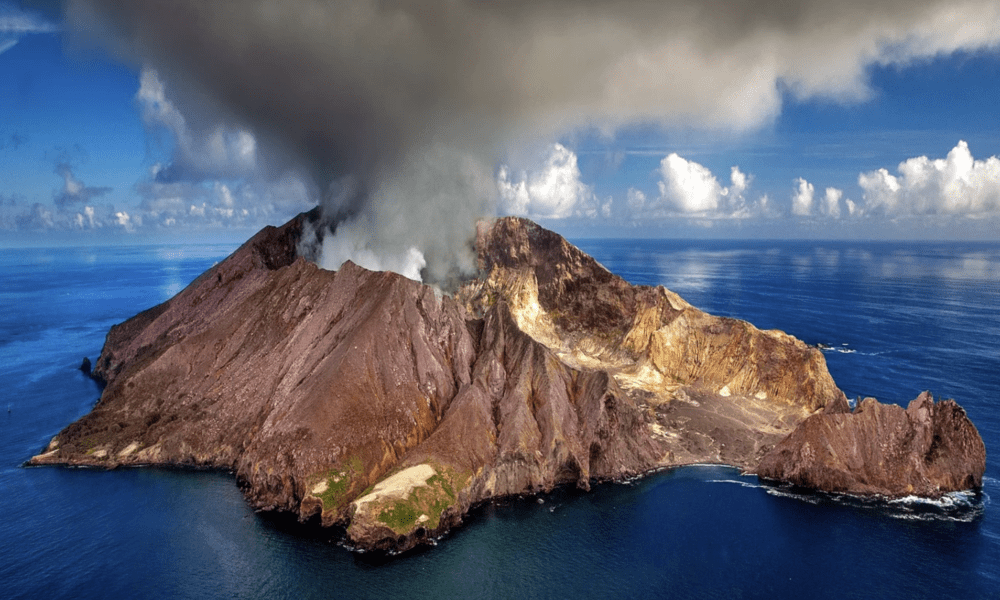 Guests onboard Royal Caribbean’s Ovation of the Seas were touring New Zealand’s White Island when the island’s volcano erupted on Monday afternoon. The New Zealand Herald reports the eruption began on White Island at 2:11 pm local time. It said, 23 people were taken from the island, with five confirmed dead and 18 injuries. 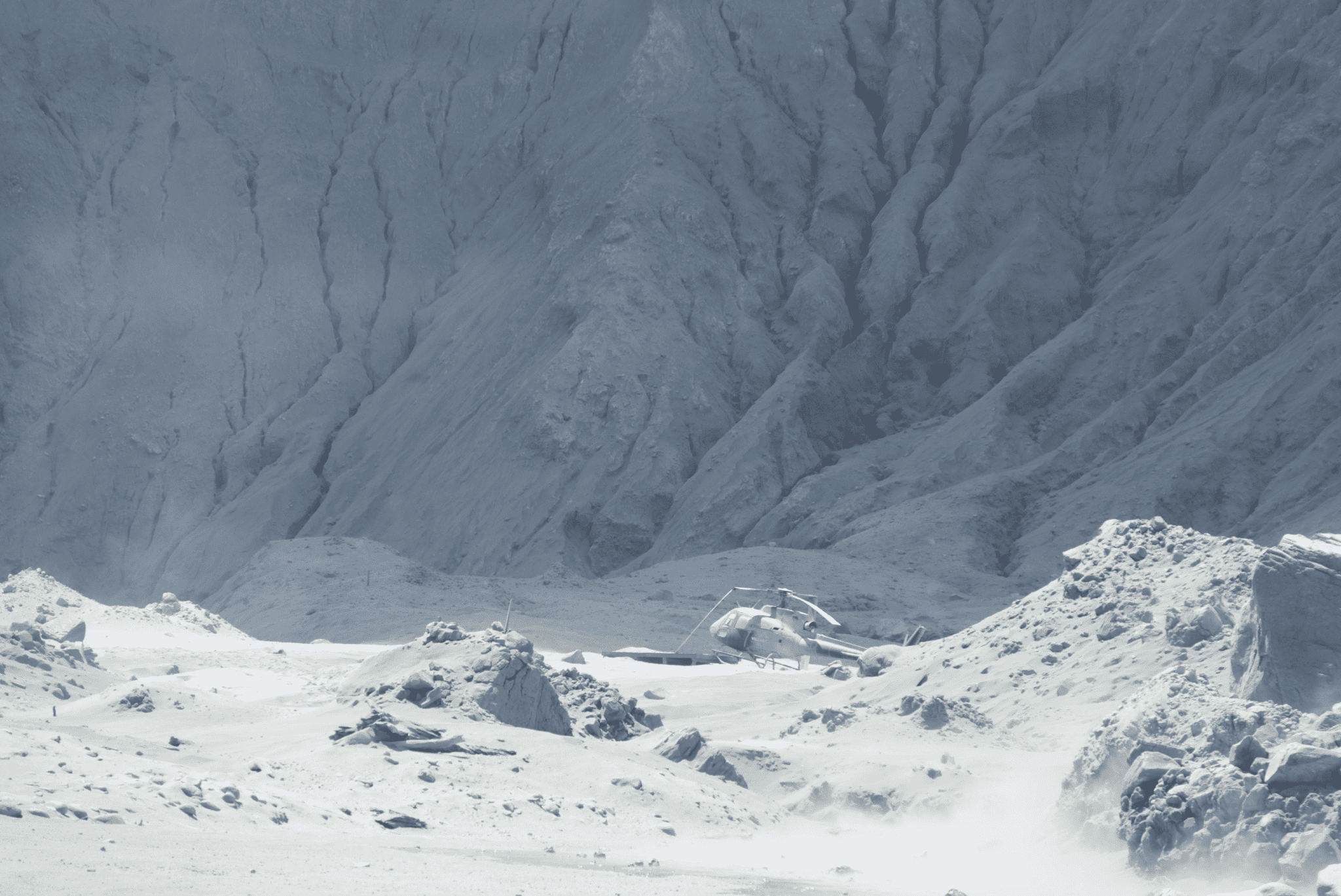 The Herald went on to say, “Many of the people visiting White Island today were from the cruise ship Ovation of the Seas which is berthed at the Port of Tauranga this morning. Port company chief executive Mark Cairns says he understands the majority of those injured in the eruption are from the ship, the largest cruise vessel that visits Tauranga.”

The photos show the magnitude of the blast, taken from Michael Schade who was on a tender boat.

Royal Caribbean said in a statement, “We can confirm that a number of our guests were touring the island today. We do not have any additional details to share at this time. Ovation of the Seas will remain overnight until we learn more about the situation. We will offer all possible assistance to our guests and local authorities. Please keep all those affected in your prayers.” 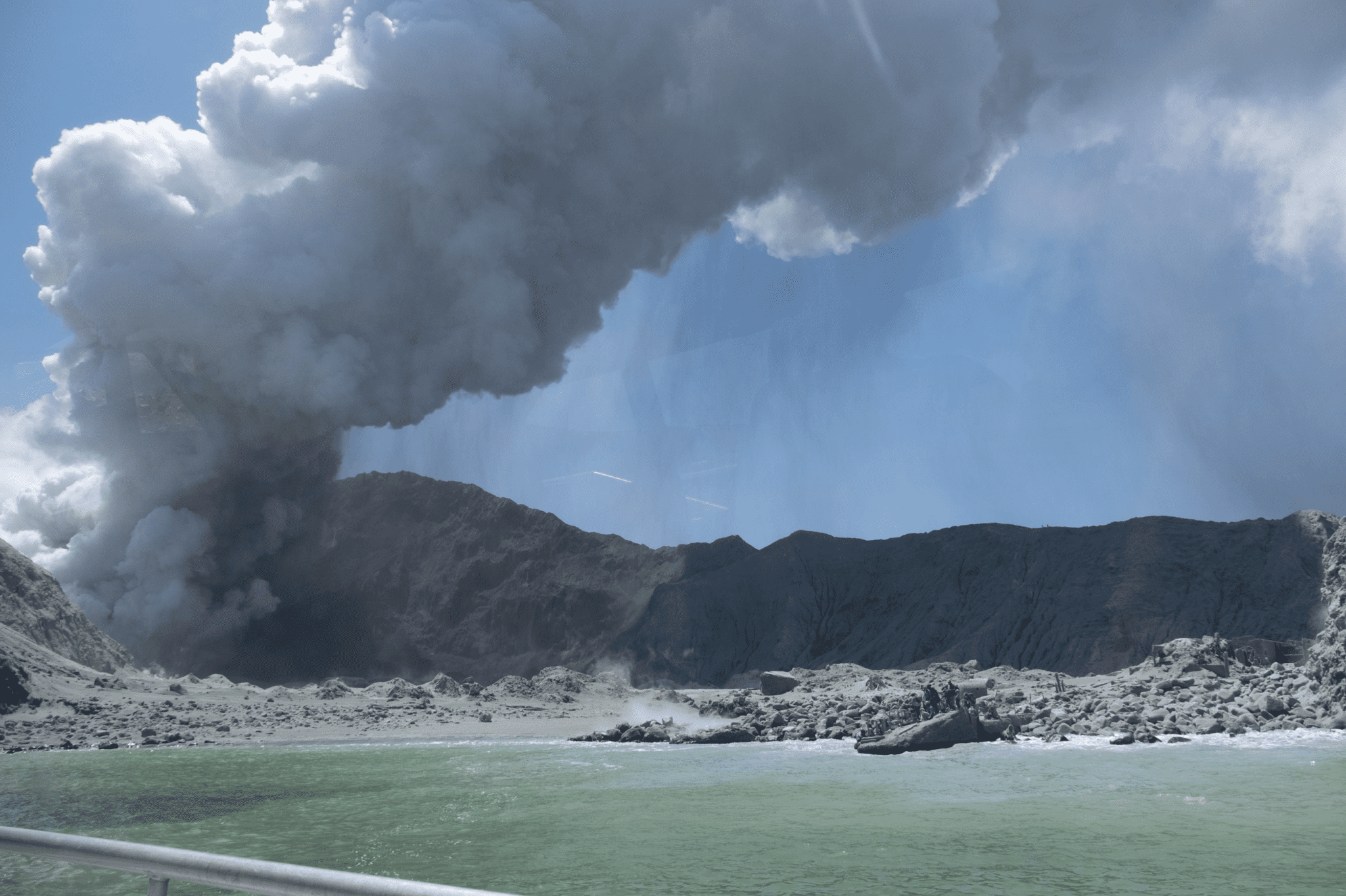 Guest onboard Ovation was on an excursion called White Island Volcano Experience Cruise and Guided Exploration. The excursion boasts giving guests an up-close and personal look at the island.

The captain of Ovation made an announcement that the ship is prepared to stay until all the information is gathered.

Family members have been reaching out to Royal Caribbean via social media to find out the status of family members. The company’s Twitter account said, “Our crisis line has been opened and we’ll be updating it with more info as it becomes available. For anyone trying to reach family or crew, they can call 888-829-4050.”

White Island is located on the northern coast of New Zeland. The last eruption on White Island occurred in August 2013. Ovation of the Seas is currently on a 12-night cruise from Sydney.