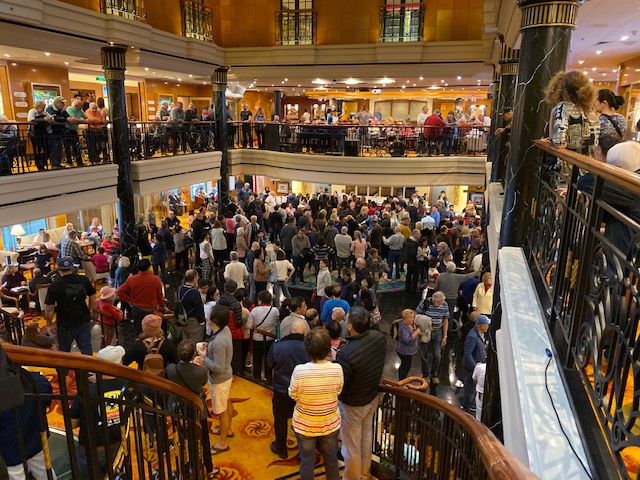 What was supposed to be a 14-day dream cruise has become something of a disappointment for passengers aboard the Norwegian Spirit. As one cruiser put it, “all hell broke loose” as frustrated guests gathered in the atrium to voice their frustration and demand a refund.

How Things Went So Badly On The Cruise 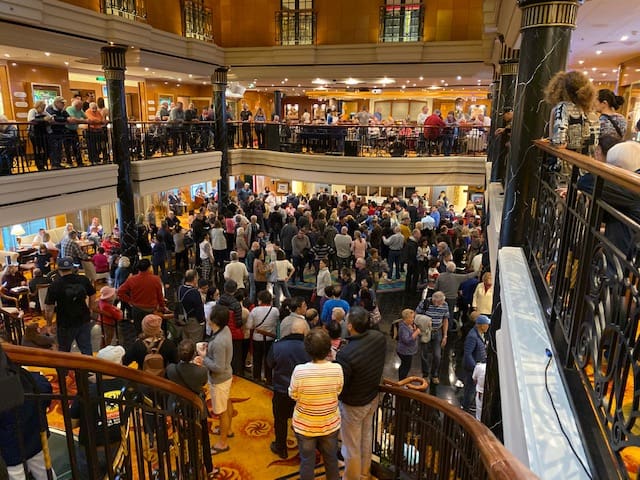 Guests on board the Norwegian Spirit headed to the atrium to demand a refund after numerous ports were skipped on their 14-day sailing. (Photo courtesy of Matt Rogers)

The ship set sail on September 27th out of Southampton, England, but ran into problems almost immediately. In fact, even before passengers boarded, the itinerary had experienced it’s first change. “The first port was supposed to be Amsterdam,” a passenger tells us, “but they cancelled it before we boarded and switched it to Le Havre.”

Thanks to the unpredictable weather and rough seas, however, it was announced that they would not be able to visit Le Havre. “It really was bad,” the Norwegian guest told us. “Then, after stops in Bergen and Flam, they announced they were not going to make it to [our next port of call in] Iceland because they felt they might catch Lorenzo on the way back to Ireland.”

Instead, Norwegian added two other stops in Norway and one in Greenock, which is near Glascow. But this, too, was not to be. “We couldn’t get into Greenock because of high winds,” said the passenger we spoke with. “I wish I took pictures of the pilot boat leaving. It was bouncing all over!”

“People Got Right In His Face And Started Yelling”

Then came the proverbial straw that broke the camel’s back. “All hell broke loose in the atrium,” we’re told. Although the ship was supposed to dock at 8 a.m., an announcement was made at 8:15 a.m. that because another ship was being repaired at the dock, the Spirit’s schedule would be pushed back an hour. “They moved it back to 9:30 a.m., and then at about 9:40 a.m. they came on and announced they couldn’t dock because of high winds.” 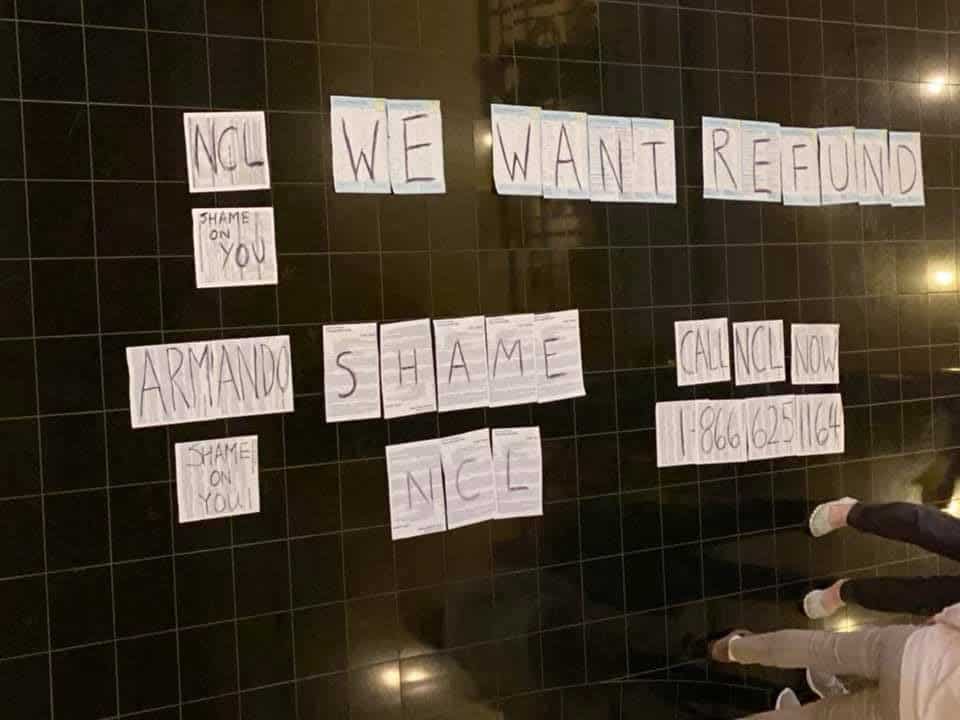 Unhappy guests spelled out their grievances on, among other things, copies of the Freestyle Daily spread across the floor. (Photo courtesy of Matt Rogers)

According to local news sources, the Greenock Ocean Terminal confirmed that the ship’s captain decided to abandon their approach after winds were recorded at more than 30 knots.

At that point, “everyone went to the atrium,” we’re told. “An officer tried talking above everyone, and a couple people got right in his face and started yelling at him. So he left, and that’s when the chant for a refund started.”

Eventually things quieted down — perhaps in part because security arrived on the scene — but a petition is currently being circulated on board by those who believe a refund is in order. Passengers report that Norwegian has offered all guests a 25 percent credit toward a future cruise.