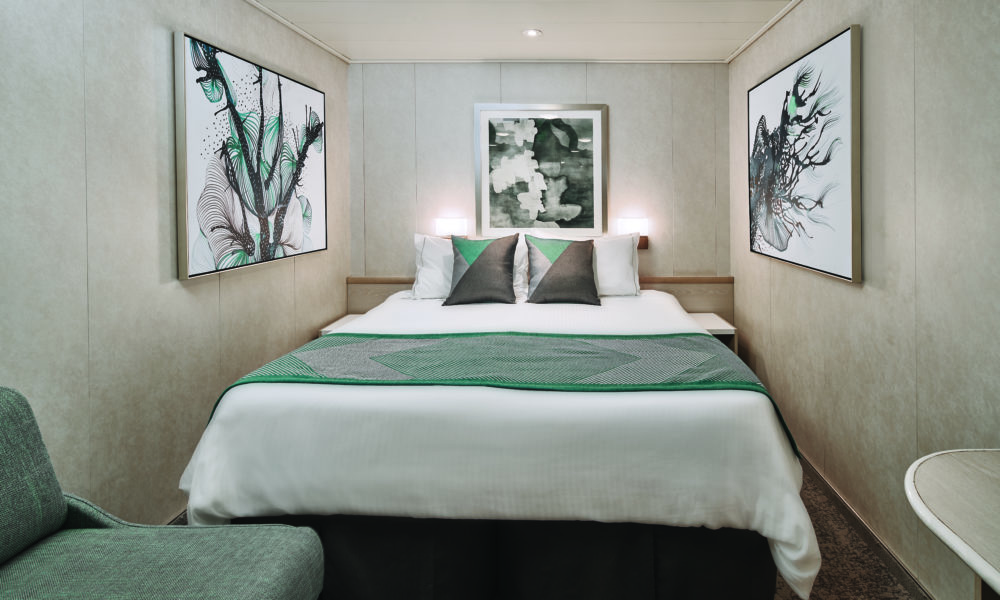 Recently, we received a question regarding the program which allows certain Norwegian Cruise Line Passengers to bid on an upgrade. Since the question comes up fairly regularly we thought it worth devoting a little space to. 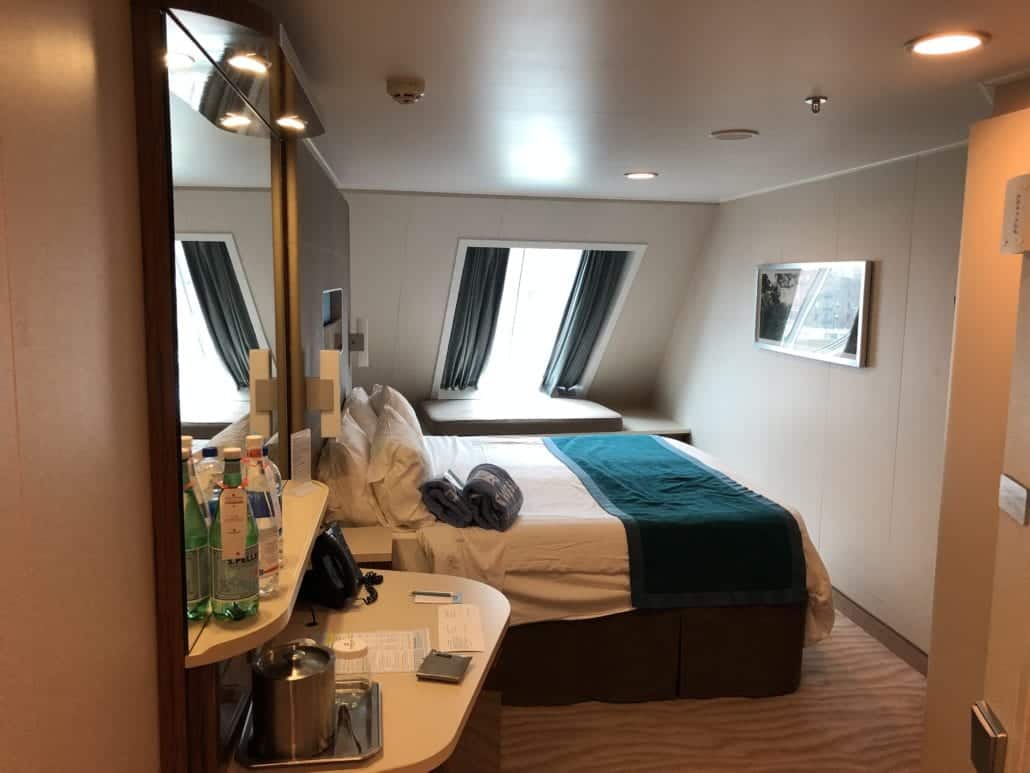 During a recent sailing on the Norwegian Getaway, we used the bidding program to upgrade from an inside to an oceanview cabin.

“I have two questions about Norwegian Cruise Line’s Upgrade Advantage program,” wrote Donna. “As I understand it, roughly 90 days before you are scheduled to sail, you may or may not get an E-mail offering the chance to bid on an upgrade. Assuming you do, you bid as much as you would be willing to pay, per person, to upgrade to the different stateroom categories offered.

“Let’s say you bid to upgrade to the Haven, and your bid is accepted,” she continues. “Do you get the extra amenities that go along with the upgrade, such as priority boarding, dining in the Haven restaurant, etc. Or is it just the room without access to those amenities? Also, how do you pay for the upgrade? Do you have to include a credit card number when you place the bid? Or do they charge your shipboard account after you board?”

The Basics on Bidding For an Upgrade

There’s a lot to unpack here, but we’re up to the challenge. So let’s break things down point by point.

First, Donna is right… not everyone will receive the opportunity to bid on an upgrade. And not all those who do will be able to even try bidding on an upgrade to the Haven (aka Norwegian’s high-end ship-within-a-ship concept).

Why? Because the bids are generally for one or two meta categories above the room a passenger originally booked. In other words, someone booked in an inside or oceanview stateroom is not going to be given the opportunity to bid on a Haven stateroom.

READ MORE: How to Bid For An Upgrade on Norwegian Cruise Line

It’s also worth noting that even if you don’t get an opportunity to bid when the first round of E-mails are sent out, you could receive one closer to sailing. Likewise, if you place a bid and don’t immediately get a response, don’t panic.

While some bids are accepted promptly, others aren’t approved until a few days before the scheduled sailing. Behind the scenes, a complicated game of chess is being played as bids are accepted, rooms are assigned and, sometimes, another round of E-mails soliciting bids is sent out.

Norwegian’s bidding process is fairly simple… but there are things one should definitely know before deciding whether or not to take part.

One thing that is definitely true: the higher you bid, the more likely it is to be accepted. (That said, we’ve seen many low bids accepted and high bids rejected.)

Another thing to remember: If your bid is accepted, the actual price you’re charged will be double. You’re bidding per person, double occupancy. So if you place a $150 bid, you’ll actually be charged $300 if it is accepted. On the plus side, if you have four people in the room, you’re still only charged $300.

The bid only is charged for the first two people in the room. However, if you’re traveling solo, you also have to pay $300 on that $150 bid, because of the double-occupancy factor.

What You’ll Get and What You Won’t

If your bid is accepted — and this is true whether you’re going from an inside to an oceanview or a balcony to The Haven — you only receive the perks associated with the original cabin you booked. For example, if you originally had the Dining and Beverage package, you’ll still get those… but you won’t get additional perks. On Norwegian Cruise Ships, the Haven is an exclusive enclave. (Photo courtesy of NCL)

In other words, other Haven guests won’t have a clue that you wound up there because of a bid as opposed to an initial booking unless you decide to share that information with them.

As for payment, when placing a bid, you must enter a credit card number. That credit card will be charged once your bid is accepted. Once your bid has been accepted and your credit card charged, you won’t be able to change your mind, so make sure you’re comfortable with the price you bid (and again, remember that you will wind up being charged double that bid if it is accepted).

Finally, if you’re using a travel agent, they will also receive the E-mail offering you the opportunity to bid. They’ll be kept in the loop by NCL every step of the way.

Got a question you’d like us to answer? Send an E-mail to doug@cruiseradio.net