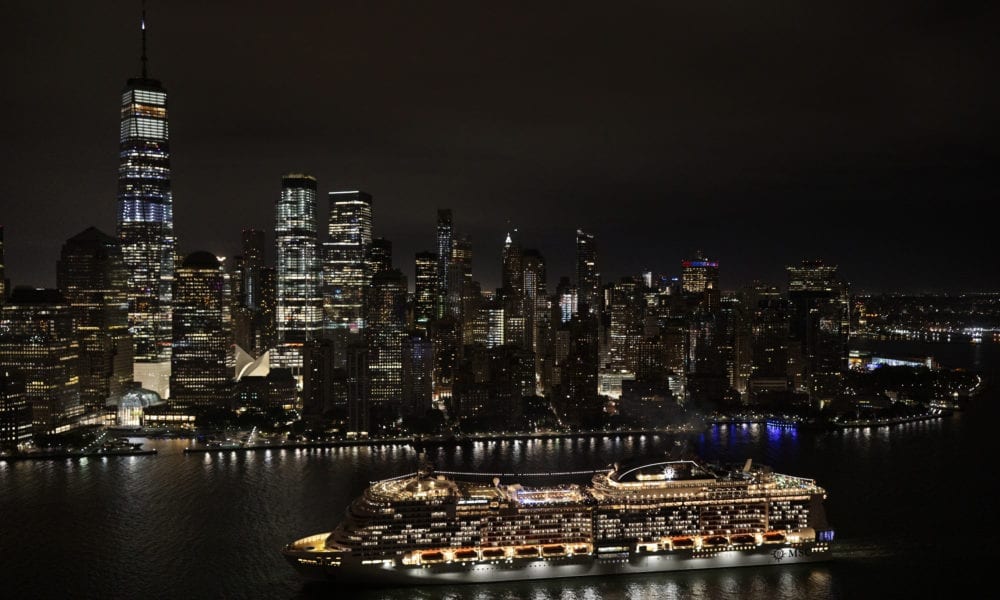 The New York City skyline got a little more impressive Wednesday when MSC Cruises’ Meraviglia became the largest ship to ever dock in Manhattan.

Why This Is A Big Deal Over the past few years, MSC Cruises has been working hard to penetrate the North American market. The arrival of the Meraviglia marks a major milestone for the company. Not only was this the ship’s first visit to a North American port, but she officially became the largest ship to ever visit Manhattan’s port. For the record, the ship weighs in at 171,598 gross tons, with a double-occupancy passenger capacity of 4,488 guests.

In the coming days, Meraviglia will have more to boast about as the ship becomes the largest ship to ever make port calls in Boston, Massachusetts, as well as Portland and Bar Harbor in Maine. Meraviglia is making two round-trip sailings from New York to Canada and New England. After that, she’ll relocate to her homeport of Miami, where the ship will sail 7-night Caribbean itineraries which will include stops at the cruise line’s new private Bahamian destination, Ocean Cay MSC Marine Reserve.

In welcoming the ship,  Ken Muskat, the Executive Vice President and Chief Operating Officer at MSC Cruises, noted that this was a major moment for the company. “Due to significant demand, for the first time in [our] history, we now have four distinct ships sailing” in the North American Market. Meraviglia joins the MSC Seaside, MSC Armonia and MSC Divina.

The MSC Meraviglia — whose name means “wonder” in Italian — was launched in 2017 as the first of the Meraviglia class of ships. The ship’s design reflects its European style, featuring a two-story Mediterranean-style promenade where guests can enjoy both shopping and dining opportunities. Among the hot spots are HOLA! Tapas Bar and Ocean Cay, restaurants from the mind of Ramon Frexia, the famed two-starred Michelin 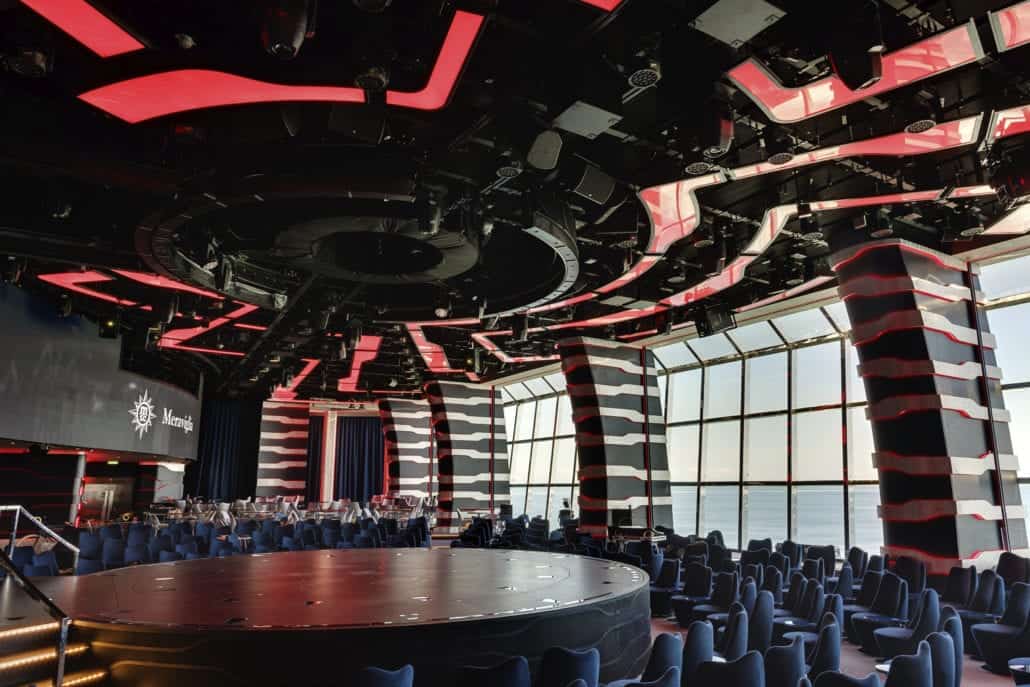 The Carousel Lounge was specifically designed for the shows hosted aboard the ship. (Photo courtesy MSC Cruises)

Entertainment wise, there are six different full-scale theatrical productions staged nightly in the main theater, as well as two Cirque du Soleil at Sea presentations, each of which was created specifically for this ship and its purpose-built entertainment and dining location, Carousel Lounge.

Meraviglia is the first ship from the cruise line to feature MSC For Me, a multi-channel digital program guests can use to get the most out of their vacation.