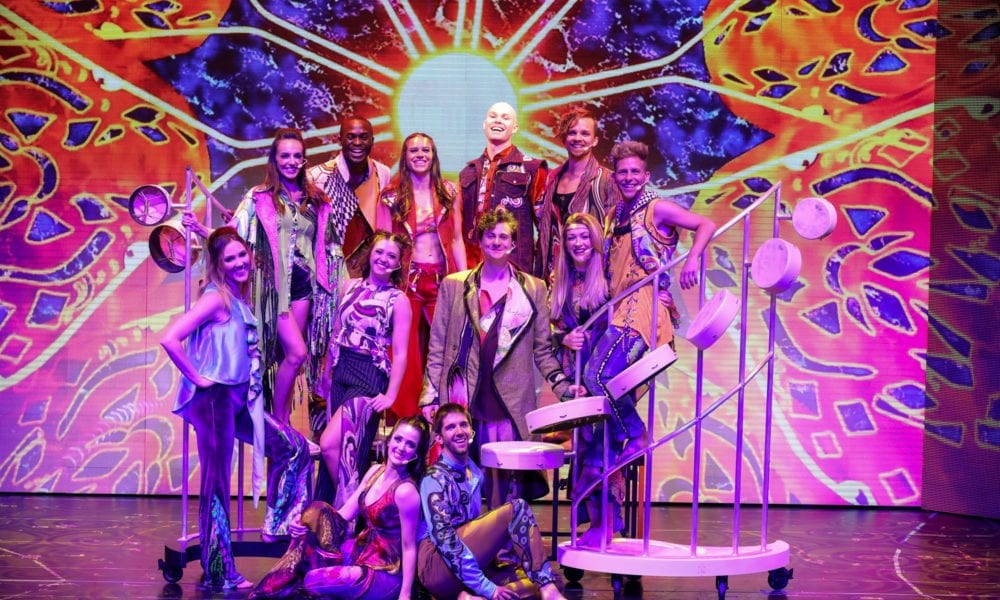 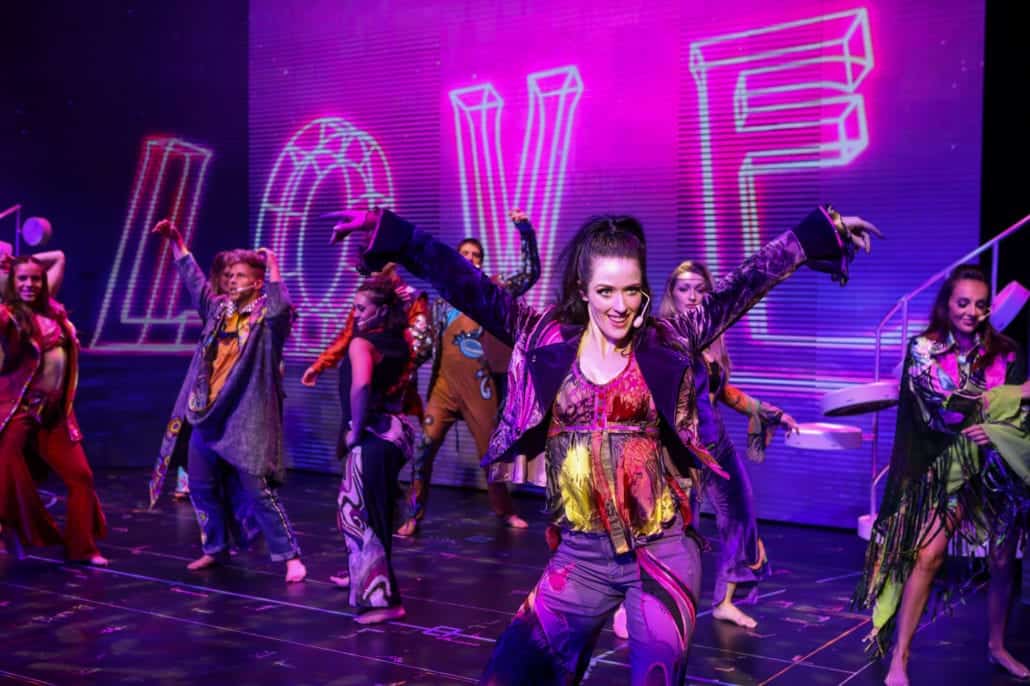 Rock Revolution will capture the spirit of the summer of love. (Photos courtesy of Carnival Cruise Line)

Details On The Never-Before-Seen Shows

While some of the entertainment options featured on Panorama will be shows which have scored raves on other ships, two will be brand new.

The first new-to-Carnival show is called Rock Revolution, which is described as a concert-style show inspired by the legendary Woodstock music festival. Slip into your tie-dyed t-shirt and wrap a bandana around your head while rocking out to music paying tribute to the Summer of 69.

The show will feature live music, with a horn trio and a three-person band rocking out. But the coolest part of all — and certainly something they didn’t have at Woodstock — are the “dancing drones” which will zip around the theater, creating a unique multi-sensory experience. 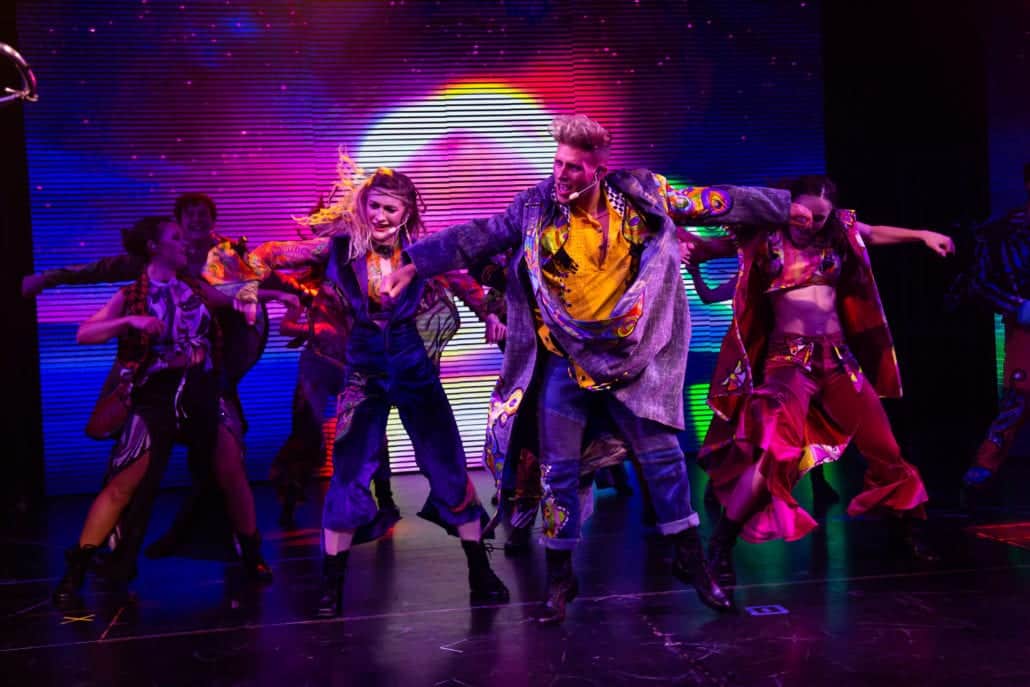 Rock Revolution will feature the sights, sounds, color and feelings of the Summer of 69. (Photos courtesy of Carnival Cruise Line)

The second original show is called Broadway Beats and, as you might expect from the title, it brings the vibrant streets and neighborhoods of New York City to life.

The show will use hyper-realistic LED screens to transport the audience to some of New York City’s most iconic settings — from the awe-inspiring skyline to the rattling subway cars. Musically, it will feature new interpretations of some of Broadway’s biggest hits. 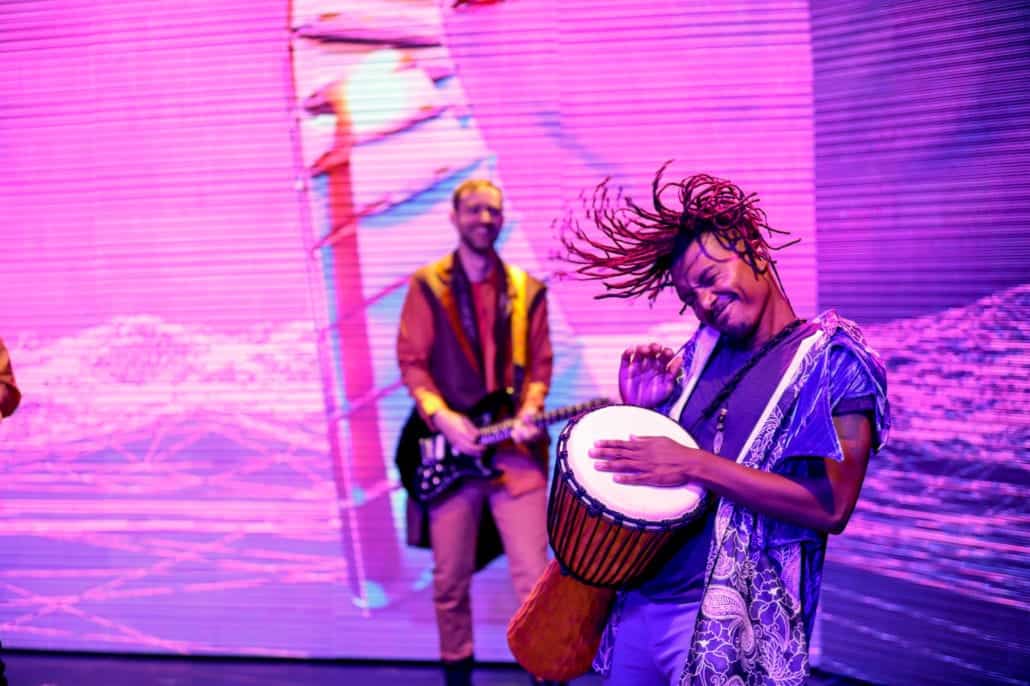 Broadway Beats will bring the sounds of New York City to the theater aboard the Panorama. (Photo courtesy of Carnival Cruise Line)

Two other shows which will be playing onboard Panorama are the gothic-inspired Soulbound, which debuted during Carnival Horizon’s inaugural sailing. Soulbound combines dazzling effects R&B classics and even a little audience interaction.

The second show is Celestial Strings, one of the most unique shows ever staged on a Carnival ship. Combining rock and pop with live classical musicians playing electric string instruments, it’s a visual and aural spectacle for the senses. 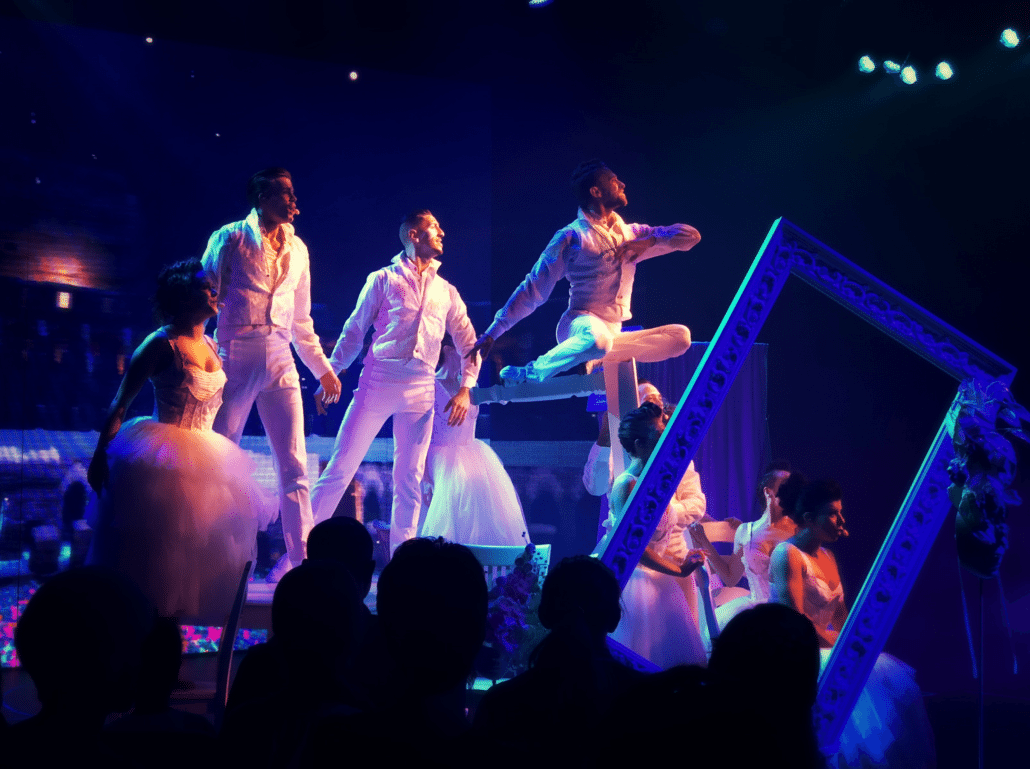