8 Best Things to do in Barcelona Barcelona is the capital city of Spain and is Catalonia’s most significant and second-most populous city. Barcelona is also home to worldwide sports star Lionel Messi and renowned architect Antoni Gaudi. 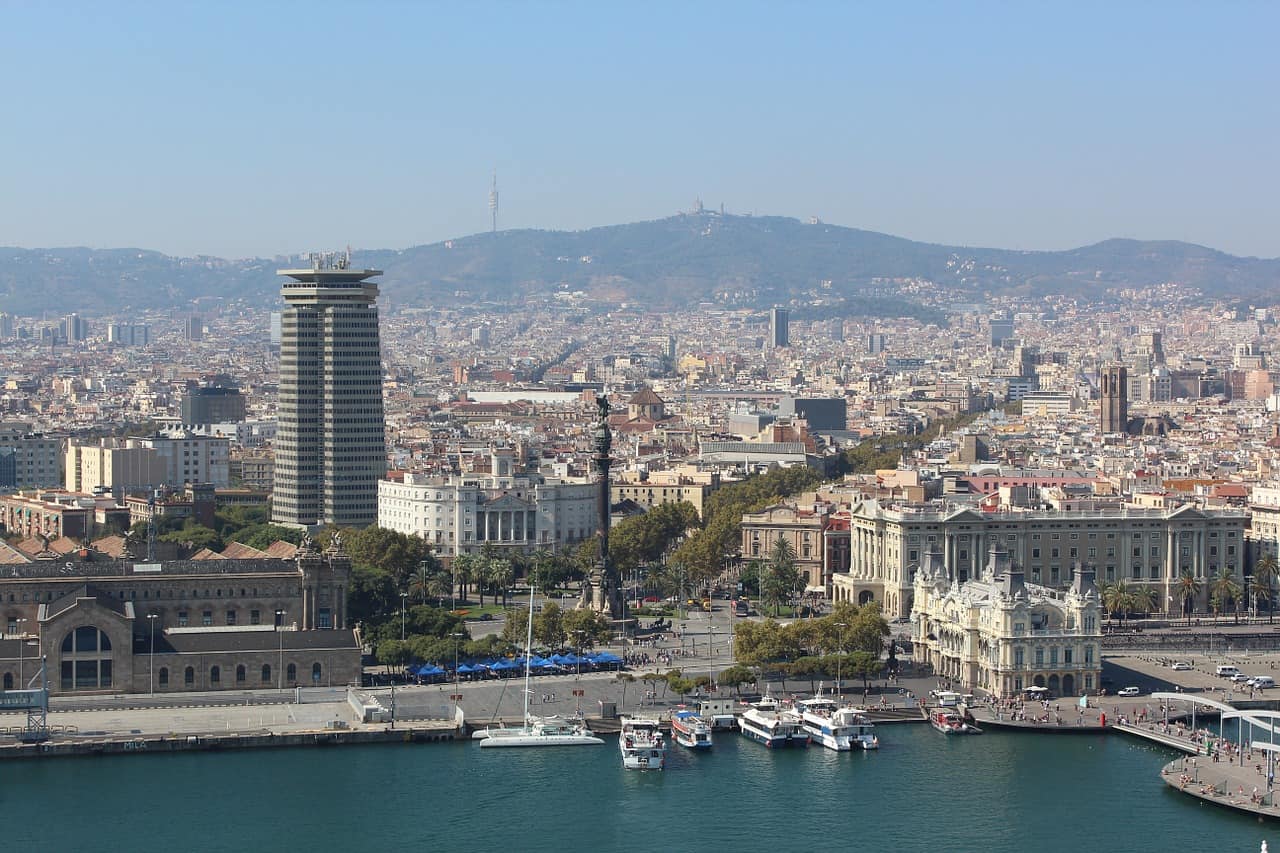 The city of Barcelona.

With outstanding restaurants for food lovers, gorgeous buildings and sights, and plenty of sunny beaches to “sea,” there is something for everyone in your traveling party to enjoy.

To help you make the most of your visit, we’ve compiled a list of all the best things to do in Barcelona.

The Best Things To Do in Barcelona 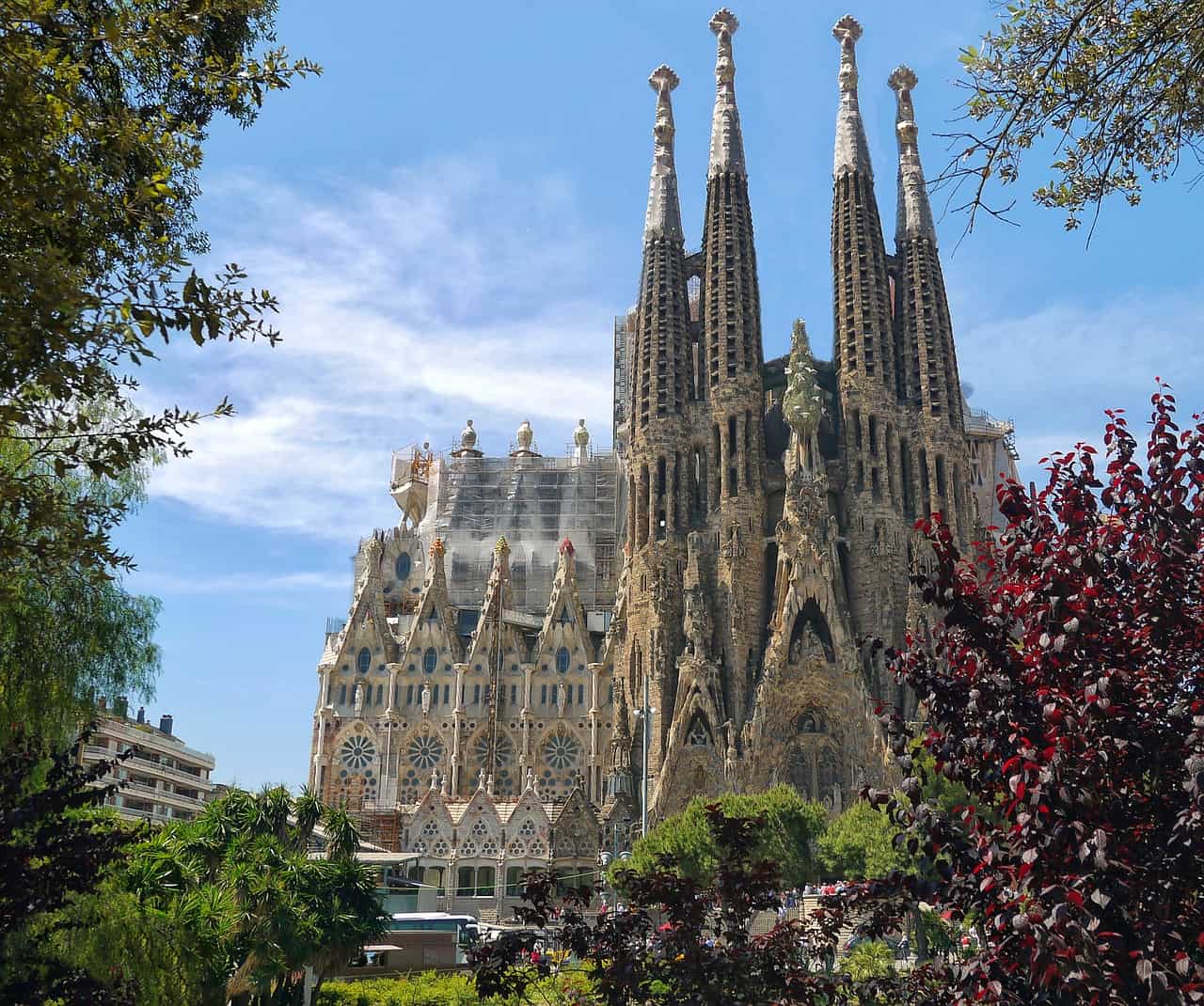 Sagrada Familia is one of the most amazing works of Antoni Gaudi and should be one of the first stops on anyone’s list. While it’s already pretty tall, the work isn’t finished yet — so don’t be surprised if it one day makes the list of the tallest church in the world. Also, this structure offers a refreshing and unusual design that you’ve probably never encountered before.

These unique architectural styles are a blend of Spanish late-Gothic, Catalan Modernism, and Art Nouveau. But, if you think the outside is beautiful, wait until you see the ceiling. The experience is unforgettable.

Surprising Fact: Originally, Gaudi was never involved in the making of this building. Also, it took longer to build Sagrada Familia than it did to make the pyramids. 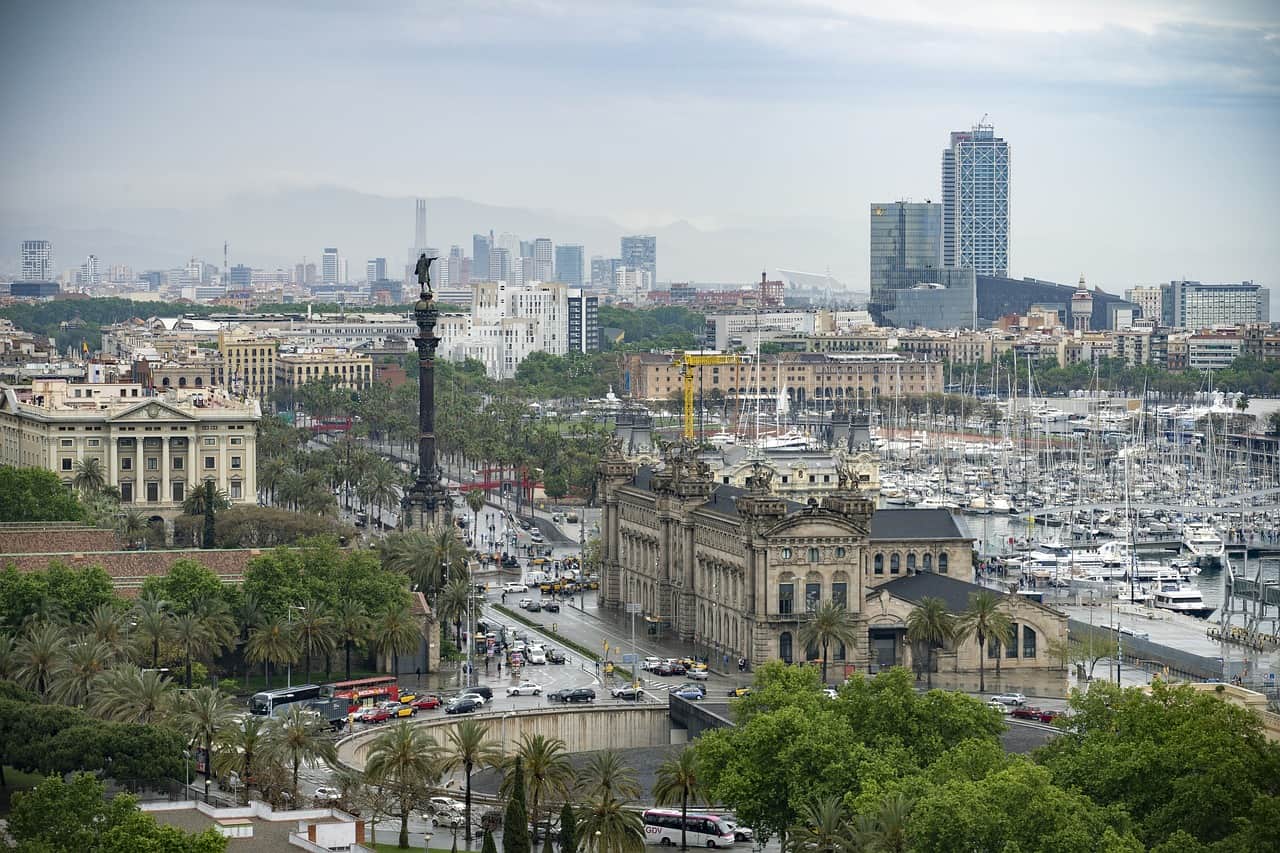 The beginning of Las Ramblas.

The residents of Barcelona often ignore this series of promenades that start from Placa de Catalunya to the Columbus monument.

The tall trees lining the pathway offer plenty of shade in the summer, while all the street performers, living statues, and bird sellers bring an energetic spirit to the wanderers of Barcelona. You’ll also find the Hotel Oriente here, which is the oldest hotel in Barcelona.

Casa Mila is also known as “La Pedrera” since the face of the building bears many similarities to a stone quarry. Unsurprisingly, this was also designed by Gaudi and was his fourth completed structure upon being finished in 1912.

If you’re looking for a new crib, Casa Mila offers apartments for rent, which come paired with a very convenient underground parking lot.

Surprising Fact: This building is made purely of natural stone and white ceramic tiles that are placed on the upper side. Also, the rooftop, attic, and top floor are open to the public. 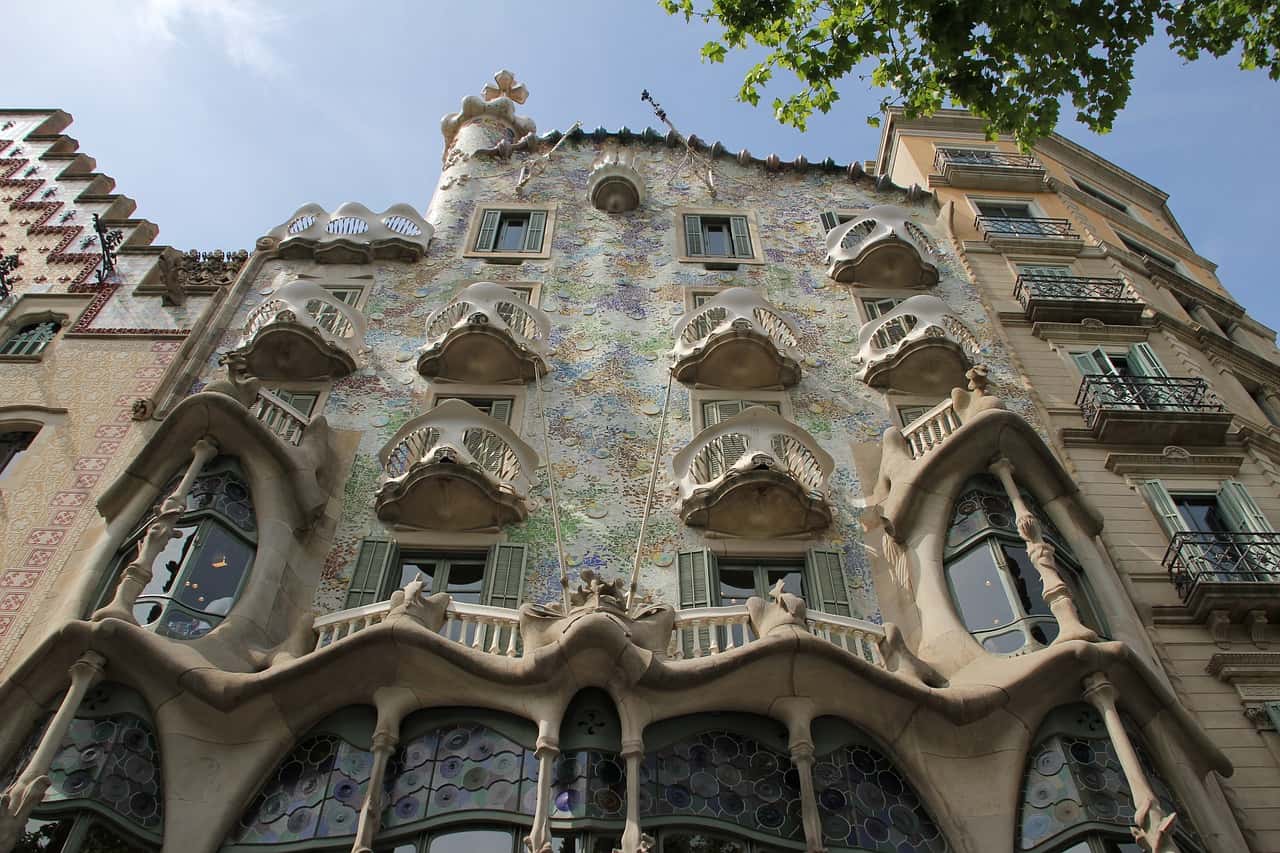 Casa Batllo is another residential structure designed by — you guessed it — Antoni Gaudi. It is most famous for its intriguing post-card shape. While the building was refurbished in the 20th century, it kept along with the “no-straight-lines” rule of Gaudi’s designs.

Something that stands out here is that the entire face of Casa Battlo has mosaic tiles with glass and ceramic discs, making for some picture-perfect captures.

Surprising Fact: The first floor’s nickname is “House of Bones,” thanks to its bone-shaped pillars. The interior ceiling of this building is wavy, giving a sea or whirlpool illusion. Also, the rooftop provides the scaly look of a dragon’s back. 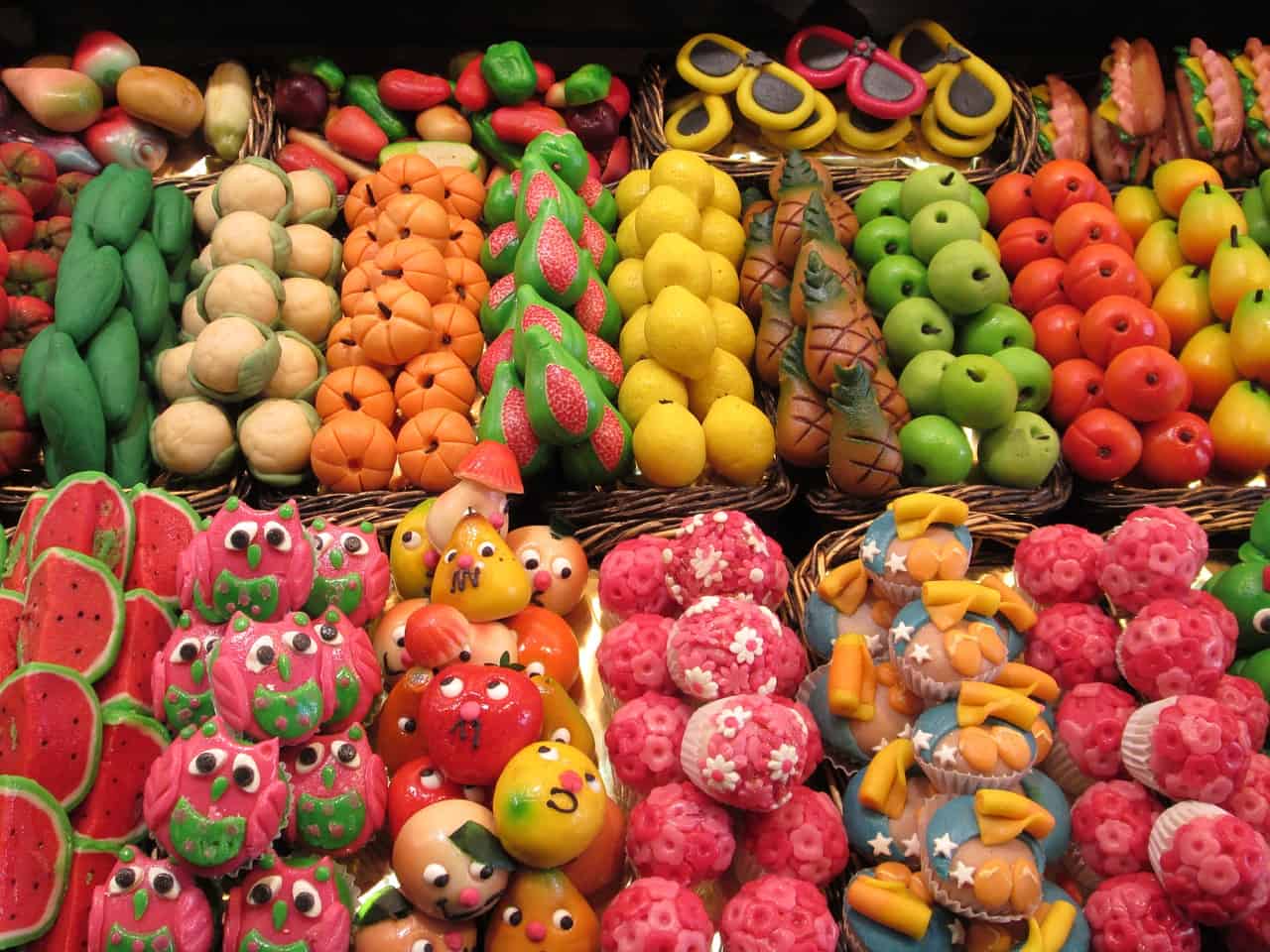 La Boqueria is a bit different than the archeological stops on our list so far, as it offers a much more educational experience. But, that doesn’t mean it lacks ay beauty itself. The market’s roof is made of beautiful glass.

Strolling along, you’ll come across stalls upon stalls of vegetables, fruits, cheeses, cold meats, and, in true Spanish fashion, a vast quantity of olive products. La Boqueria is a great place to do some local shopping and sightseeing at the same time.

Surprising Fact: The World Market Congress awarded La Boqueria an award of “Best Market of the World” in 2005. Also, people have been rumored to see ghosts behind this marker at the Corrales cemetery. Spooky.

Now for the most cruise-worthy part of this port — the white, sandy beaches. Barcelona has a boardwalk stretching over a mile long, making it the perfect place for catching some fresh ocean air. Along the way, you’ll come across Saint Sebastia, which is one of the most popular beaches among tourists.

You’ll find a great selection of shops and bars to enjoy here. If you’re looking for lesser crowds, we recommend beaches past the Olympic Port.

Surprising Fact: Until 1992, there were no beaches here at all. However, after the Olympic Games, the city decided to make artificial beaches that are now ranked number one in the world.

With over 99,000 seats, this home ground of the FC Barcelona is larger than life. To some locals, it is almost like a church. If you are a fan of soccer and happen to be visiting during one of their home games, we highly recommend visiting this massive stadium. Unfortunately, there are no tours available at this time.

Surprising Fact: Every visiting team has lost while playing here. 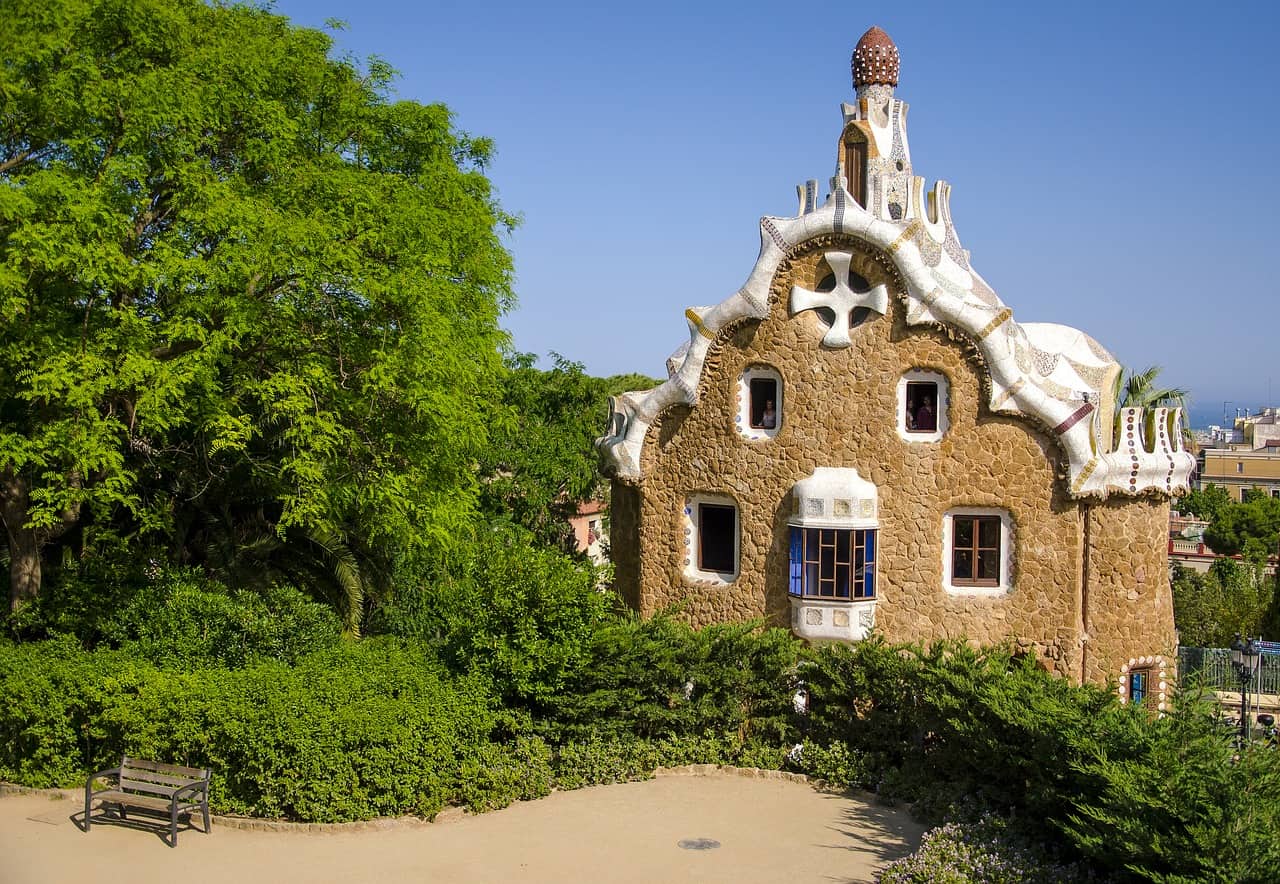 This fantastic garden, designed by Gaudi, is located on Carmel Hill. The architecture of Park Guell is so intricate and beautiful. It will leave you feeling like you are in a dream.

Surprising Fact: A great photo-spot is a terrace that has curved benches flowing around it. Also, you’ll be happy to know that 95% of this park is free of any charges.

Barcelona is the perfect place for fans of architecture, fun in the sun, and soccer to join together for a fantastic vacation. The city is magical and mysterious in every way, and its unique experiences and will leave you with memories to last a lifetime.

Author: adayincozumel
Filed Under: News
Half Moon Cay Reopens After Hurricane Dorian [PHOTOS]
10 Best Things to Do in Marseille