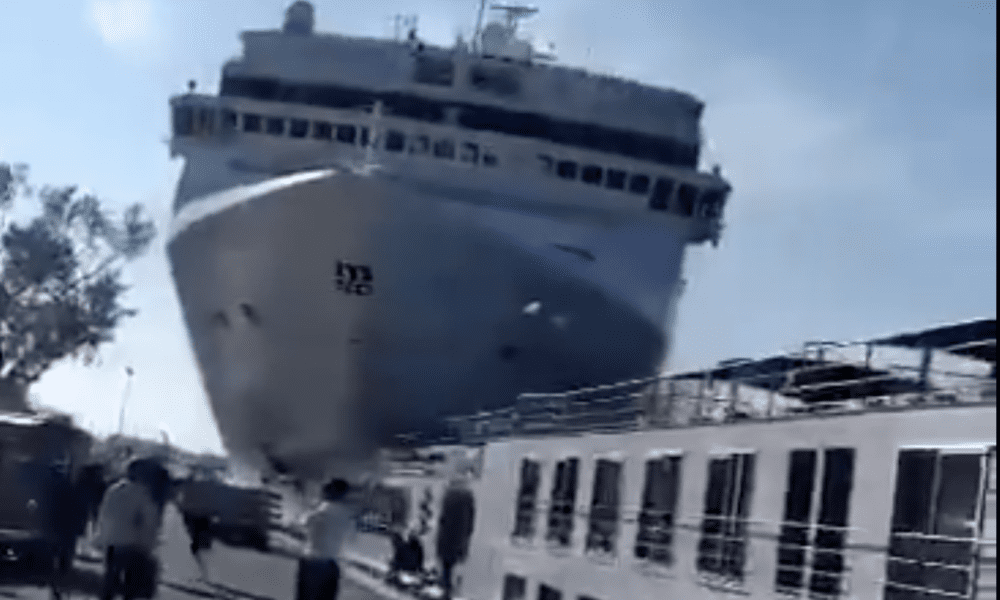 In a scene right out of a movie, an out-of-control cruise ship slammed into both a smaller riverboat and a dock as terrified people can be seen running away before turning to gape at the accident. MSC Opera slamming into the dock in Venice.

With its horn blaring, the MSC Opera is seen on video heading for a dock on the Giudecca Canal, just outside Venice, Italy. Unable to stop, it can be seen plowing into a riverboat and then scraping against the dock itself before finally coming to a stop.

According to CBS News, a statement from MSC reports that the ship was preparing to dock when it suffered a mechanical problem.

Although two towboats tried to stop the ship, they were unable to prevent the unfolding disaster. “Davide Calderan, president of a towboat association in Venice, told Italian news sources that “The… towboats tried to stop the giant and then a tow cable broke, cut by the collision with the riverboat. He added that the cruise ship’s engine was locked when the Opera’s captain called for help.

Why The Timing Couldn’t Be Worse

The crash, which resulted in at least five injuries according to various reports, could not have happened at a worse time for the cruise industry. For some time now, locals have claimed that Venice is a victim of “overtourism” and that it is due, in no small part, to the influx of cruise ships arriving daily.

“Though still proudly known as La Serenissima, ‘the most serene,’” reports the website Responsible Travel, “Venice on a typical day is anything but. Overtourism is a major issue here. Once a thriving city, home to a large and proud population of Venetians and visited by writers, intellectuals and artists hungry for culture, Venice is now swamped by daytrippers, who far outnumber overnight visitors and local residents.” 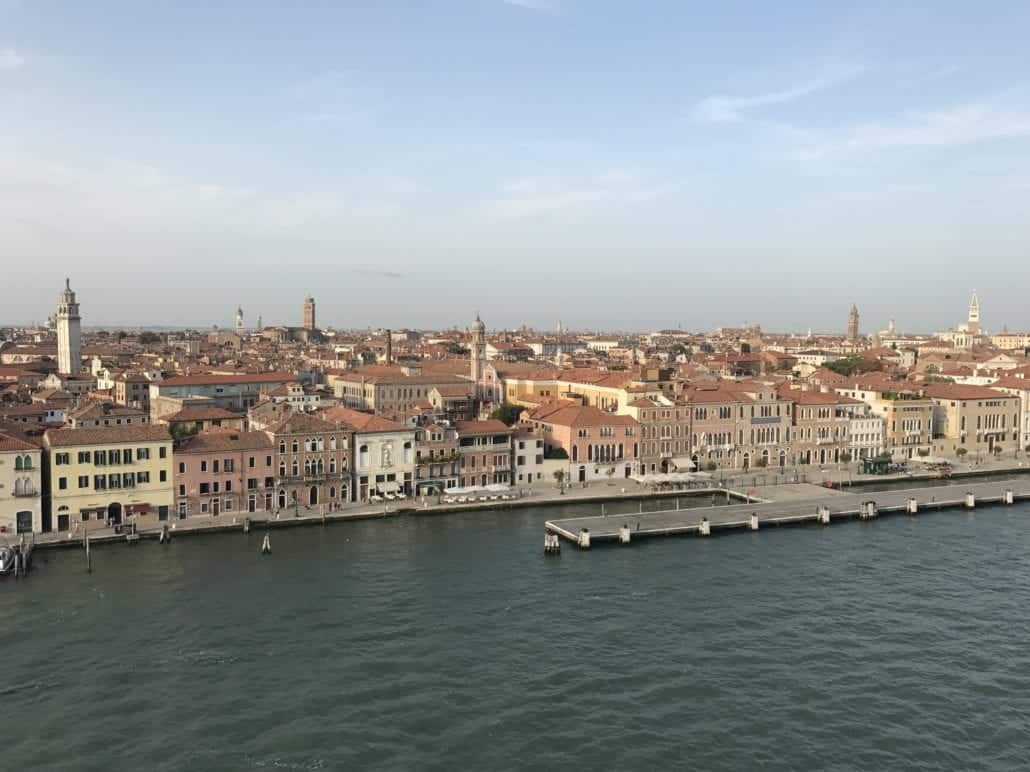 Venice, Italy from a cruise ship.

The site goes on to say that on some days, “as many as 44,000 cruise passengers come to the city,” adding that they “see little, but a few trinkets and leave. They bring no economic benefit to the city in this way.”

But a statement issued earlier this year from trade group Cruise Lines International Association Europe pointed out that cruise lines “have already voluntarily agreed not to send ships bigger than 96,000 tons to Venice, steadily reducing the number of cruise passengers visiting the city since 2014.”

The MSC Opera weighs in at just over 65,000 tons, well under the limit mentioned above. No word yet on exactly how much damage was done to either ship or how the MSC vessel’s current sailing will be impacted.