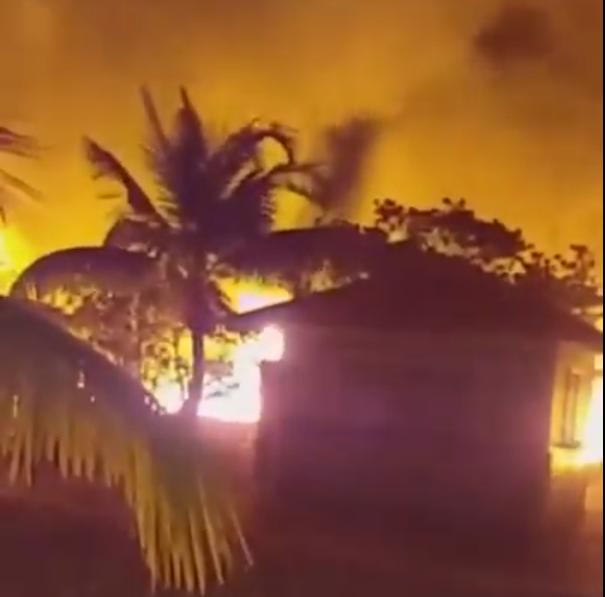 Princess Cays, the private island resort owned by Princess Cruises, was devastated by a fire which tore across the island according to local reporting.

According to a report in the Bahamas Press, the fire started sometime after 11 p.m. on Monday evening. The report claimed that the conflagration began in the generator section and “quickly spread to the [center of the resort].” Beyond that, few details were available regarding the fire, how far it spread or how much damage was done to the island.

Although a “cay” is technically defined as an island, Princess Cay is actually a resort covering 40 acres at the southern end of the island of Eleuthera, Bahamas. The area was developed by Princess Cruises as a private destination for Bahamas and Caribbean itineraries. It is also used by Carnival Cruise Line when Half Moon Cay is being used by Holland America. Of course, Carnival Corporation owns all three lines (as well as Aida, Costa, Fathom, P&O, P&O Australia, Cunard and Seabourn).

Princess Cays features over a half-mile of beach, with an observation tower offering incredible views. Like with most private islands owned by the various cruise lines — including Carnival’s own Half Moon Cay, Norwegian’s Great Stirrup Cay and Disney’s Castaway Cay — passengers who spend the day there have a variety of activities to choose from, are offered a beach barbecue, and can shop at a small craft market.

Just last year, renovations to the island were completed, after which it became the only private island owned by a cruise line to offer Wi-Fi. The renovation also saw the addition of several shore excursions, the construction of a new water sports rental facility and an expansion of the marina which allowed for the use of larger tenders than could previous visit the island.

So far, there is no word on how the fire will impact ships slated to visit Princess Cay, the first of which would be Carnival Pride, which is scheduled to arrive on Wednesday, January 30th.