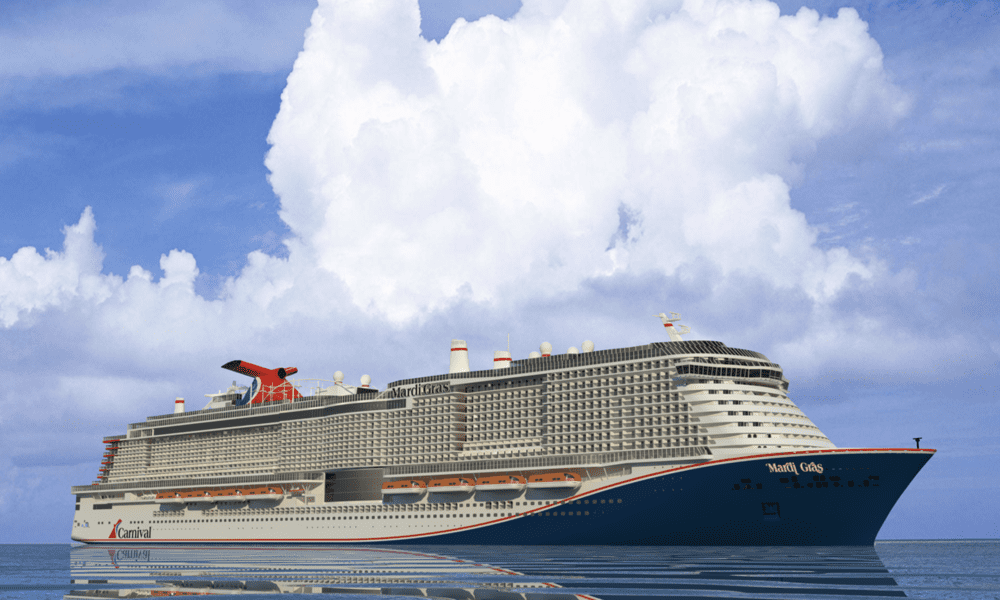 Everything old is new again as this week, Carnival Cruise Line announced that their newest, biggest ship will bear the same name as did their very first vessel: the Mardi Gras. And what better way to reveal the name of a new Fun Ship than by doing so on one of the world’s most popular game shows, Wheel Of Fortune, as happened at the end of Wednesday’s broadcast.

What We Know About The Mardi Gras

Joining the fleet in 2020, the Mardi Gras will be the first in the XL-class and, as previously announced, is set to sail out of a new state-of-the-art terminal in Port Canaveral, Florida.

The ship will carry 5,286 guests at double-occupancy (with a maximum capacity of 6,500 passengers).

Even as the Mardi Gras is being introduced, a sister ship will begin construction in 2020. That as-yet-unnamed vessel — currently under construction at Meyer Turku in Finland — will be delivered in 2022, just in time to celebrate Carnival’s 50th anniversary.

The largest ship in the Carnival fleet, Mardi Gras will weigh in at 180,000 gross tons. (For comparison, Carnival’s current Vista class ships are around 133,000 gross tons each, while the original ship bearing her name was a mere 27,000 tons!) And unlike the new ship, the original Mardi Gras was purchased by Carnival in 1972 as opposed to being built for the company.

“Our first ship Mardi Gras was a historic vessel,” says Carnival president Christine Duffy, “introducing a brand new style of cruising to the vacationing public. What better way to pay tribute to our company’s nearly 50-year history of creating wonderful vacation memories than by naming this groundbreaking vessel after our original and beloved Fun Ship?”

Duffy went on to say that the new version of the Mardi Gras would “follow the trailblazing of her predecessor, introducing features and technological innovations that have never been seen before on a cruise ship while setting a new standard for seagoing vacations.” Among those innovations? The ship will be the first in North America to be powered by LNG (Liquefied Natural Gas) as part of Carnival’s green-cruising platform.

So far, details are few and far between, although the Mardi Gras’ itineraries are expected to be announced in January and go on sale later that month.