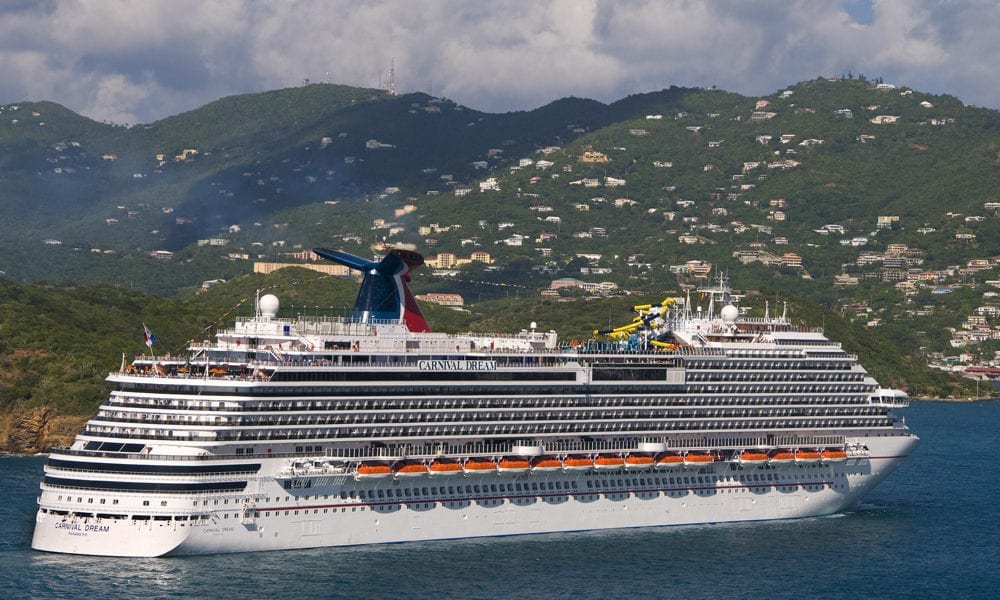 1. Nassau, Bahamas, declared that it will stop paying the cruise lines to visit the port. Minister Dionisio D’Aguilar declared that the government spends up to $12 million per year paying the cruise lines to visit, only for guests to stay on the ship and not spend their money in the country. He also, however, recognized the need for the island to address its negative reputation for a lack of interesting activities and ruthless vendors. Read the full article here.

2. Carnival Cruise Line celebrated a birthday this week. Carnival Dream commemorated the 10th anniversary of the day the ship first touched water with a birthday party in the ship’s atrium, complete with a cake and a big birthday banner. Read the full article here.

3. MSC Cruises’ ship MSC Divina returned to the US after a summer season in the Mediterranean. Returning with new culinary offerings, she’ll be operating 10- and 11-night Caribbean cruises for the next year. Read the full article here.

4. Cunard Line’s most famous ship, Queen Mary 2, had a rare meeting with the British Royal Navy aircraft carrier HMS Queen Elizabeth in the New York Harbor. Given the special relationship between the US and the UK and the significant role that Cunard ships played in both World Wars, it was such a special occasion for the two vessels. Read the full article here.

5. The Port of Jacksonville set a new record for itself this week. In the past year, 199,899 passenger have sailed through the port, mostly thanks to Carnival Elation being home-ported there year-round. This also marks over 2.4 million passengers who have sailed through the port since it opened to cruising 15 years ago. Read the full article here.

Featured Article: What Happens When You Miss the Ship

It’s every cruiser’s worst nightmare: getting left behind by the ship. And yet, it happens. Read our full article to find out what the cruise lines do behind the scenes to avoid leaving behind cruisers and how you can avoid the risk of being left behind.

This Week’s Cruise Podcast: Empress of the Seas Cuba Cruise

On this week’s show we get a review of a four-night cruise on Royal Caribbean’s Empress of the Seas to Havana, Cuba, and Nassau, Bahamas. If you’re considering a Cuba cruise, this episode is an excellent resource for information on what documents you’ll need for traveling, what it’s like visiting Havana, and how to convert currency for your visit to Cuba. Also, Simone from CruisingExcursions.com stops by to answer some listener questions. Listen here.

View a bow-to-stern tour of Carnival Elation, checking out areas like the lido deck, casino, theater, public lounges, and more. Carnival Elation sails four- and five-night itineraries from Jacksonville, Florida, to the Bahamas.