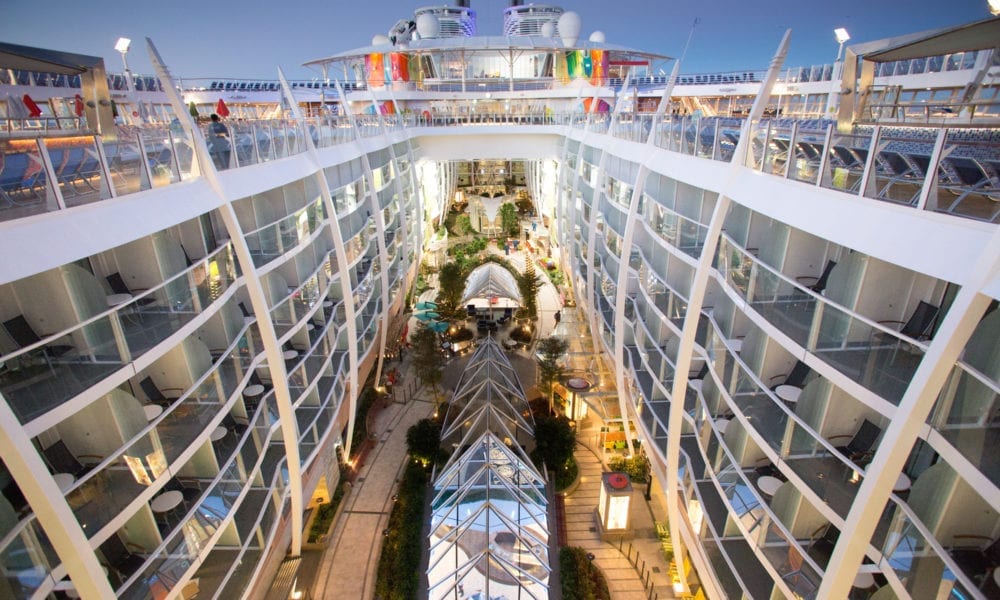 Royal Caribbean’s ship Symphony of the Seas will be arriving in her new homeport of Miami next month, and will be named during a ceremony on November 15.

Ahead of the vessel’s arrival to her new home, Royal Caribbean has partnered with the GRAMMY Museum – the official foundation of the Recording Academy – to fund music education programs in underserved high schools within the Miami-Dade County Public School District. Twenty local schools will receive grants from the line through the GRAMMY Museum Signature Schools program, and the chance to perform at Symphony‘s naming ceremony.

The 20 schools were chosen for maintaining thriving music programs with limited resources. As the first Signature Schools program dedicated to Miami-Dade County Public Schools, Royal Caribbean and the GRAMMY Museum is taking music beyond the school’s walls to inspire budding performers with firsthand, career-building experiences.

Central Park on Symphony of the Seas – photo: Royal Caribbean

Each school will be honored during a tour behind the scenes at the Royal Caribbean Entertainment Studios on Florida International University’s Biscayne Bay campus, complete with introductions on what a career in music and entertainment might look like. Students will spend a day at the facility which includes a theater, costume-making facility, dance studios, vocal rehearsal rooms, an audio recording studio, two aerial training studios, and more. One student ensemble will be invited to perform on a global stage at the official naming ceremony of Symphony of the Seas on November 15 at PortMiami’s Terminal A.

“There is a reason behind choosing the name Symphony of the Seas; it’s because music, entertainment and family are woven throughout every aspect of the onboard experience of our guests’,” said Michael Bayley, President and CEO, Royal Caribbean International. “We have great pride in being a Miami-based company for nearly 50 years. Welcoming Symphony to our hometown is a special occasion, and it is important for us that we celebrate her arrival by giving back to our community in a meaningful way. In working with the GRAMMY Museum, we are helping inspire these incredible, young performers to continue pursuing their passion and show them the variety of career opportunities that exist.”

Symphony will arrive into Miami after spending her inaugural season in Europe. The ship will sail 7 night cruises in both the eastern and western Caribbean, including visits to the line’s private island Perfect Day at CocoCay. Learn more about the mega-ship at royalcaribbean.com/symphonyoftheseas.