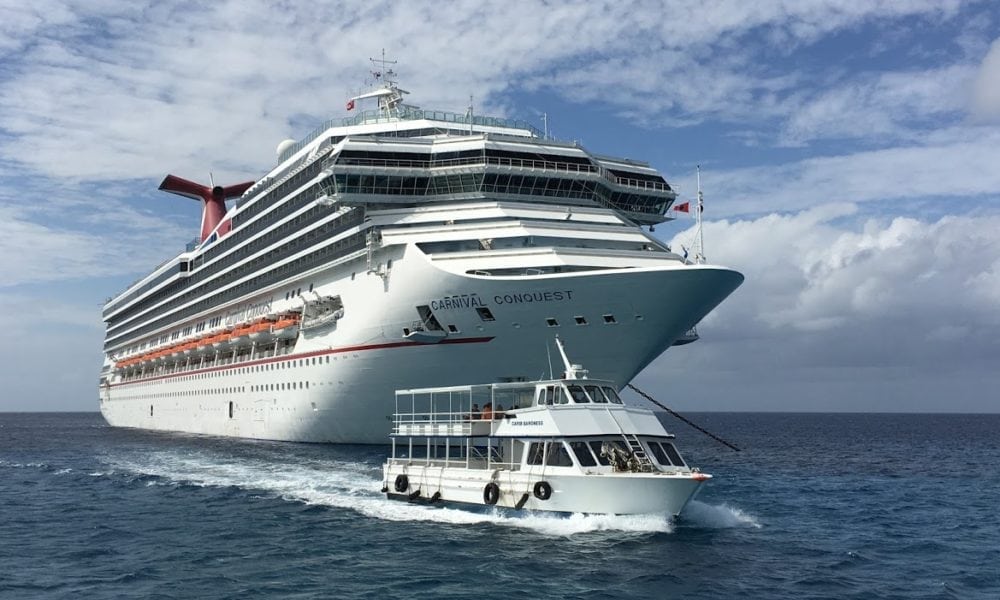 Representatives from both Carnival and Royal Caribbean Cruise Lines warned that if Grand Cayman doesn’t step up their game where berthing facilities are concerned, they could wind up losing thousands of passengers.

What’s Behind The Warning

During a public hearing held last week, Miguel Reyna, director of port business development for Royal Caribbean, painted a picture which had to send chills down the spine of anyone on the island who relies on cruise tourism. “Our projections,” the Cayman Compass reported him telling those gathered, “are that within the next five years, our [Grand Cayman] traffic may drop from 450,000 passengers to potentially 250,000 passengers.”

SHIPS ANCHORED OFF THE COAST OF GRAND CAYMAN.

David Candib, the vice president  Global Port & Destination Development for Carnival Corporation, echoed his colleague’s sentiment. Addressing the fact that Carnival has an ever-increasing fleet of megaships, he admitted that when looking at future itineraries, ships such as the Horizon, Vista and upcoming Panorama “are not being considered [for] ports that don’t have berthing facilities.”

Accused by some in the public hearing of “bullying” and “threatening” the island, Candib said that he was simply presenting the realities of the current business environment, adding that the cruise lines obviously had a vested interest in working with destinations toward a mutually beneficial outcome.

Both gentlemen also addressed concerns as to how the construction of a berthing facility might impact the local environment. Each stressed that the lines they represented were committed to projects that focused on sustainability of the marine environment.

This is the latest evidence that Grand Cayman could be heading toward a crucial turning point where its development is concerned. A recent assessment by the credit rating agency Moody’s noted that “the potential cruise terminal project” as well as other projects could “boost grown and help diversify the economic base” in the future.

Not Everyone Wants A New Terminal

Meanwhile, those opposed to the project insist that misinformation is being provided by both the cruise lines and those in favor of a terminal. Having studied information about the ships currently in development by the various cruise lines, opposition leader Ezzard Miller told Cayman News Service he believed there were serious questions which needed to be addressed.

“Why is the government telling the people that only [megaships] are being built, so we must build a pier to stay in the business?” he asked, insisting there was “no evidence” that if the pier project did not move forward, the island would see a significant drop in tourism. “Cayman needs to address passenger satisfaction and comfort,” he insisted, “not cater to the cruise lines to invest millions so they can dictate what happens to the cruise industry in Cayman and continue to extract maximum profits from the local industry.”

The proposed pier has been a controversial topic from the start, with the latest public hearing on the topic stretching on for over five hours as citizens on both sides of the issue voiced their comments and concerns.