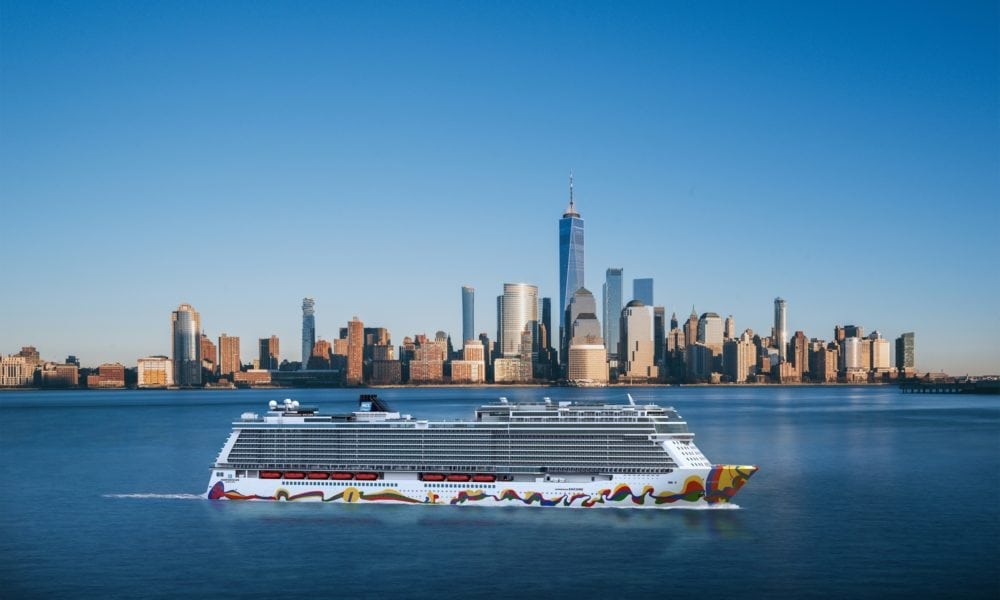 On Tuesday morning, Norwegian Cruise Line announced where their ships will head in Summer 2020. The most notable in the long line up is that the brand new Norwegian Encore will spend the summer of 2020 sailing from New York City to Bermuda.

“We’re proud of the itineraries we’ve carefully curated for our guests, which allow them to experience some of the most sought-after destinations around the globe,” said Andy Stuart, president and chief executive officer of Norwegian Cruise Line.  “Summer 2020 is especially exciting as our Breakaway-Plus class will be making waves all over the world, from Norwegian Joy and Norwegian Bliss in Alaska to Norwegian Encore in Bermuda and Norwegian Escape’s debut in Europe as our newest ship in the region.”

Norwegian Escape will make her European debut on May 29 offering nine-day cruises to the Baltic region from Copenhagen, Denmark with calls to Warnemünde, Germany; Tallinn, Estonia, Helsinki, Finland; Stockholm(Nynashamn), Sweden and an overnight in Saint Petersburg, Russia.

Beginning April 23, Norwegian Breakaway returns to Miami with a selection of five-and-seven-day cruises to the Western Caribbean visiting Roatan and Bay Islands, Honduras; Cozumel and Costa Maya, Mexico; and the resort-style island destination of Harvest Caye in Southern Belize. She will also sail a variety of three-and-four-day cruises to the Bahamas calling to Nassau and Great Stirrup Cay.

As of May 23, for the first time, Norwegian Pearl will homeport in New York City offering select seven, ten and eleven-day cruises to Canada and New England with calls to Halifax, Nova Scotia; Saint John, New Brunswick; Bar Harbor and Portland, Maine; and Newport, Rhode Island. She will also offer seven-day voyages to Bahamas and Florida with visits to Port Canaveral, Florida; Nassau and Great Stirrup Cay.

Pride of America will continue her seven-night Hawaii cruises in Hawaii.