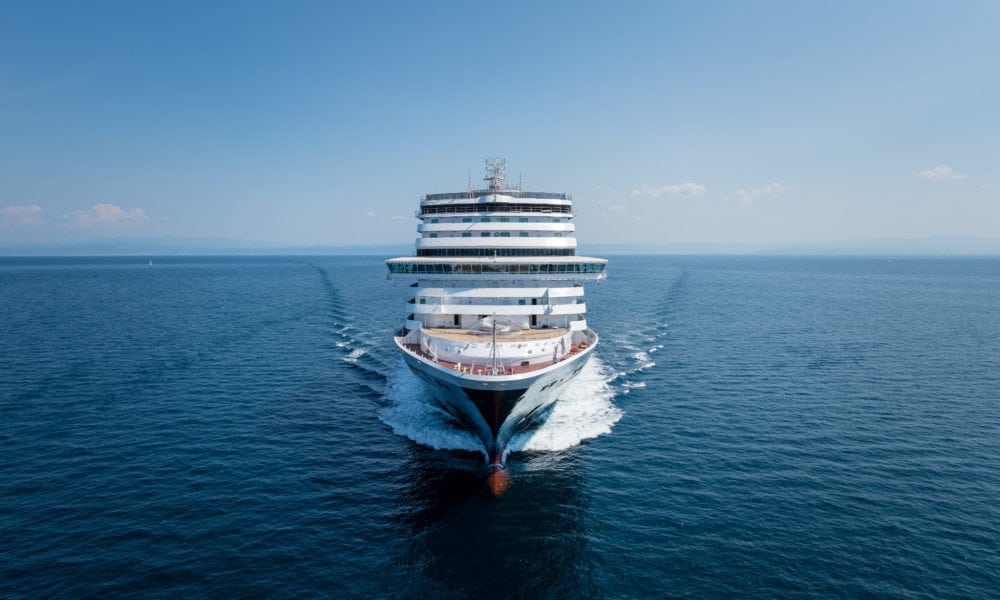 The ship left Fincantieri’s Marghera shipyard on August 10, and performed the first set of sea trials over two days. After that she went into dry dock at Fincantieri’s Trieste shipyard, where the trial’s data was reviewed and hull maintenance was performed. The second set of sea trials began on August 18, and then Nieuw Statendam made her way back to Marghera on August 22 where the finishing touches will be completed.

During sea trials, a ship undergoes a series of performance tests on systems, machinery, and engines. The shipyard’s team of nautical officers, naval architects, and builders test its maneuvering characteristics and safety systems.

Nieuw Statendam is due for delivery on December 1, 2018. She will sail the Caribbean this winter before moving to northern Europe, Iceland, and the Mediterranean next summer. The 2,666-guest ship will feature familiar elements that guests have come to know and love about Holland America, but will also include state-of-the-art enhancements and its own style created by designer Adam Tihany and architect Bjørn Storbraaten. Like her sister in the Pinnacle class Koningsdam, Nieuw Statendam will have interiors that are inspired by the curves of musical instruments.

Holland America’s first ship to be called Statendam sailed in 1898, and this will be the sixth ship in the company’s history to bear that name.