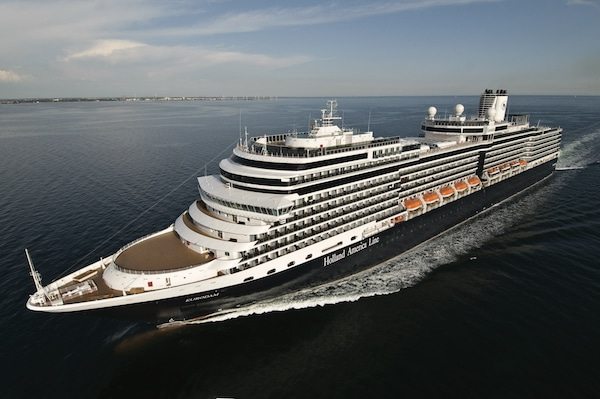 From fall 2018 to spring 2019, two Holland America ships will visit the sun-drenched islands of Hawaii. Guests can choose from nine cruises with itineraries ranging from 16 to 20 days aboard Eurodam and Amsterdam. Sailings depart from Seattle, Vancouver, San Diego, and Los Angeles.

Most sailings feature an overnight in Honolulu, where guests can visit pearl Harbor, Waikiki Beach, the Diamond Head State Monument, or spend the evening enjoying traditional Hawaiian food and entertainment at an authentic luau. The itineraries also include stops in Hilo, Nawiliwili, and Lahaina, with most also stopping at Kona.

To kick off the season, Eurodam will depart Seattle September 29, 2018 for an 18-day Circle Hawaii cruise that calls in Victoria and Vancouver before heading across the Pacific to Nawiliwili, Honolulu, Lahaina, and Hilo. Guests also have the choice of embarking two days later in Vancouver on October 1 for a 16-day sailing.

A second 18-day cruise is available aboard the same ship on November 11, sailing roundtrip from San Diego. The same Hawaiian ports are included, as well as calls in Kona and Ensenada, Mexico. Those planning for a holiday getaway can enjoy a similar 17-day itinerary on Amsterdam, sailing roundtrip from Los Angeles on December 21.

In 2019, three similar sailings will be available on Eurodam, including two 17-day cruises departing February 3 and 20, as well as a 16-day cruise beginning April 13. Those interested in extending their vacation can lengthen the April 13 cruise and disembark in Vancouver after visiting Victoria for a 20-day voyage.

Travelers who want to dive deeper into the South Pacific can choose Eurodam‘s 28-day Hawaii, Tahiti, and Marquesas voyage on March 9, 2019 roundtrip from San Diego. There will be six ports in French Polynesia including overnights in Bora Bora and Papeete, as well as two stops in Hawaii and a call at Fanning Island. For even further exploration of the region, Amsterdam will be operating a 51-day Tales of the South Pacific voyage on October 28, 2019. Sailing roundtrip from San Diego, the vessel will visit Hawaii, Tahiti, America Samoa, the Cook Islands, Fiji, Vanuatu, and Tonga.

Hawaiian Culture On Board

Throughout the cruises, Explorations Central programming brings Hawaii’s traditions, tastes, and cultural experiences to life onboard. Guided by locals, passengers can make leis, take ukulele lessons, hula dancing classes, and Hawaiian language classes. EXC Talks provide new perspectives on the region’s stories, and those with an adventurous palate can hit up America’s Test Kitchen for a cooking demonstration, class, or themed mixology class featuring local fare. The Dining Room and Lido Market will showcase the flavors of Hawaii, there will be a poolside Hawaiian Luau on board, and Hawaiian beer tastings.