7 Reasons You Must Travel 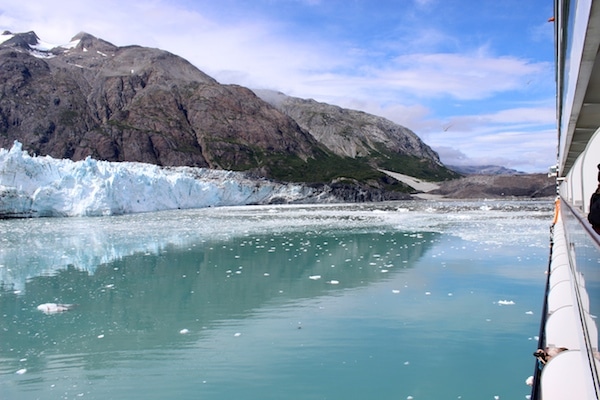 We’ve all got that friend. You know, the one who endlessly posts about how much money they made selling supplements/wine/energy drinks… and of course, they always breathlessly declare, “You can too! Ask me how!” The one you’ve considered blocking a thousand times because, let’s face it, the last thing you want or need is another sales pitch. And yet… there’s that voice in the back of your head that occasionally says “You know I could use some extra cash. Maybe I should see what this is all about… ”

For years, the technique — known as multi-level marketing — was relegated mostly to the health and beauty sector. But over the past year or two, it’s increasingly crept into the travel sector in general, and the cruise industry in particular. The appeal is obvious, especially since nearly every person who attempts to enroll you in a travel club uses the exact same darn-near-irresistible pitch: “Wouldn’t you like to cruise for free? With this program, you can!” But is this come-on true… or was your mother right in saying, “If it seems too good to be true, it probably is!”

Knowing very little about travel clubs, but having received a lot of questions about them from readers and listeners, I started doing a little digging, and here’s what I found.

What is a Travel Club?

Generally speaking, these clubs offer their members the ability to travel for free or at a reduced rate because they are part of an exclusive, members-only society. There are fees — sometimes monthly, sometimes annual — which are usually referred to as an “investment.” For example, one popular club charges a $195 access fee, followed by monthly dues of around $55. As one very excited member explained to me, “The real benefits — not to mention the real money — come from being an associate!”

Translation: The more people you get to join the club, the more benefits you receive

Translation of that translation: It’s essentially a pyramid scheme, although structured in such a way that there are actual (if minimal) benefits to be had by non-associate members, thus keeping it just this side of legal.

Such operations are known as multi-level marketing (or MLM) programs and they work exactly as the name implies. The more levels you climb within the marketing structure, the more money you can make.

Another travel club recently reached out to me, with a member sending a message via Facebook that said, “You cruise a lot… wouldn’t you love to do it for free?” While I immediately knew exactly what was going on, I played dumb in order to hear the basic pitch. This particular membership would run $100 a month, all of which I was told went into a sort of savings account. The travel club would then double my investment each month, so my $100 payment was “worth” $200.

The catch? During the first year, only 70 percent of the money in my account would be accessible for use… and only if I booked specifically through the club’s website.

Now, it’s easy to see how this works. If you have hundreds of people throwing money into your bank account, you’re earning interest on that money. Plus, the higher-ups in the club could feasibly then use the collective buying power of their membership to negotiate reduced rates… which they may or may not pass on to the memberships. It’s not hard to imagine a scenario in which they negotiate a 25 percent discount but only pass on to members a 10 percent discount, allowing them to pocket the rest.

As for those “free cruises” they speak of, those are not for the rank-and-file members, but rather the associates who earn trips by getting other people to agree to fork over $100 a month. Which is why if you spend any time at all in a Facebook cruise group, you’re likely to get private messages from eager beavers positively anxious to help you save big on cruises. In order to earn the big bucks, these folks have to be as relentless as a cookie-pushing Girl Scout. (And at least they only come around once a year.)

There Are Better Options Out There

Obviously, there are those for whom travel clubs work. If that weren’t true, the various ones out there would go out of existence. But it’s important to know what you’re getting into — and what you can realistically expect to get out of it — before signing on the dotted line. In fact, I have no doubt that once this story is published, the comments will be filled with people insisting that they have gone on plenty of free cruises (and suggesting that if you want to do the same, you contact them)… because that’s their job. Remember the old ads for Hair Club For Men? (“I’m not just the president… I’m also a member!”) That same tactic is at play here, with travel club members anxious to sign you up so that they can move up the incentives ladder.

So while I’m sure that these various clubs are a good option for some, most people are probably going to be better off avoiding them altogether.

Want to save money on your cruise?

Turn to a reliable travel agent, whose actual job it is to help you find the perfect cruise… and who will likely give you some incentives as opposed to using you as a way to earn their own. Heck, rather than giving somebody else $100 a month and letting them earn interest on it, open your own cruise-dedicated travel account and stash the money there. (Guess what? Doing that means you can use 100 percent of your money any time you want as opposed to gaining access to it based on someone else’s schedule).

As with anytime an organization asks you to give them money, do a little research and make sure it’s right for you and your budget.

Remember, at the end of the day, there’s no such thing as a “free” lunch… or a free cruise.