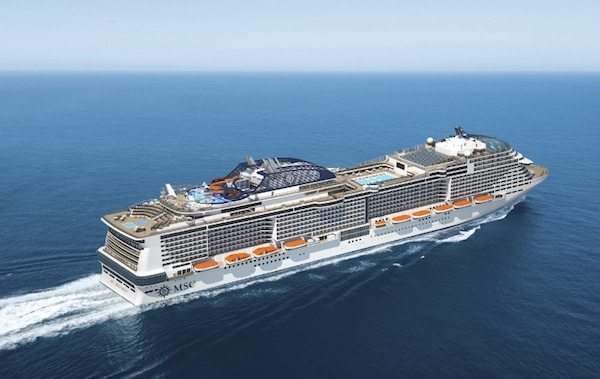 Cunard has unveiled their “Oceans of Discovery” program, featuring sailings from November 2019 to April 2020. The line’s three ships will call in 123 destinations in 48 different countries, including 10 maiden calls in Japan, Australia, and Papua New Guinea.

Whether it’s a two-night break or a full 113-night world voyage, the fleet will offer a blend of iconic cities along with smaller, lesser-known but equally charming destinations. “Oceans of Discovery” includes:

Queen Mary 2 will operate Cunard’s only World Voyage in 2020, and will undertake her classic east-west voyage to Australia and Asia, including the Mediterranean, Arabian Gulf, Indian Ocean, and Southern Africa. The World Cruise can be taken as a round-trip from either New York (113 nights) or London (99 nights). Shorter options range from 1 to 3 weeks, and can be combined in many ways so that guests can create their ideal experience.

The beginning is routed via the Mediterranean Sea and Suez Canal to the Arabian Gulf and across the Indian Ocean, entering Asia via the Malacca Straits. From there, the ship will head north via Vietnam to Hong Kong before heading to Australia via South Africa. The trip includes more overnight stays than in any of Queen Mary 2‘s world cruises in the past 10 years.

In December 2019 and the first half of 2020, Queen Elizabeth will offer a series of round-trip cruises from international ports with richer and more regionally-focused itineraries. Between these deployments, there will be exotic grand voyages that capture the imagination and spirit of adventure in travel lovers around the world.

The ship will operate six round-trip cruises from Melbourne and two from Sydney, covering the popular regions of South Australia, Tasmania, and New Zealand as well as a new itinerary that features Papua New Guinea with maiden calls in Conflict Island and Kiriwina. The ship will offer multiple sailings in Japan, making five maiden calls to Japanese ports in 2020.

Queen Victoria‘s winter deployment consists of a series of European departures in November and December 2019, following by a round-trip experience to South America. The ship will offer longer stays in ports like Rio de Janeiro and Buenos Aires, as well as overnights in Manaus, Rio, Buenos Aires, and Callao for guests to immerse themselves in the vibrancy of South American culture. Scenic cruising will include the Amazon River, Magellan Straits, Cape Horn, the Chilean Fjords, and the Panama Canal.

Those traveling on a full World Voyage receive a variety of exclusive benefits in addition to Cunard’s standard of quality and aim for perfection on every voyage. Full World bookings made by November 30, 2018 will receive the following:

Guests booked in the Grill Suites on voyages 7 nights or longer will receive free gratuities and free drinks. Promotion may not be combined with other offers. The promo code is ZED.

World Club members will be able to book beginning on March 19, 2019, and booking will open to the public on March 20, 2018. For more information, click here.