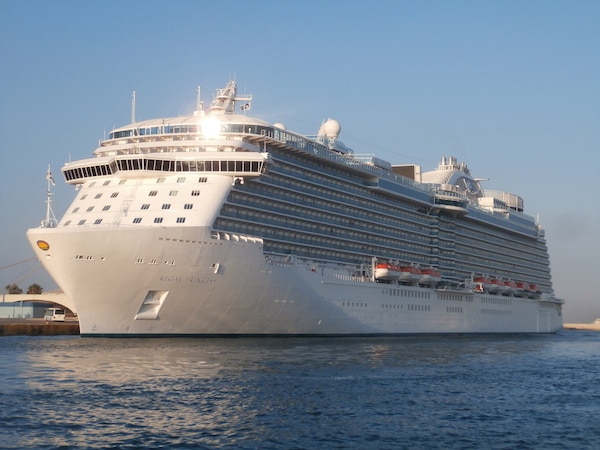 After undetonated explosive devices of unknown origin were discovered on a tourist ferry and the United States Embassy issued a travel advisory, Carnival Cruise Line and Royal Caribbean announced that they were cancelling several shore excursions in Mexico.

Why Carnival Cancelled the Tours

Via his Facebook page, Carnival’s Brand Ambassador John Heald shared the news with his followers. “The U.S. State Department has issued a travel ban for all government personnel from traveling on tourist ferries between Playa del Carmen and Cozumel,” he wrote. “So we are informing all our guests of the following, starting today with the Carnival Breeze, which is docked in Cozumel today.”

Passengers on Carnival ships visiting Cozumel are being warned against taking part in certain shore excursions.

His page went on to say, “In an abundance of caution, we have cancelled all tours that make use of ferries and we strongly advise that ferries from Cozumel to the mainland be avoided. Guests with scheduled tours impacted by these changes will have their tickets refunded to their account.”

What the Embassy Said

These actions were taken in response to the U.S. Embassy issuing a warning which read, in part, “On March 1, undetonated explosive devices were found by Mexican law enforcement on a tourist ferry that operates between Cozumel/Playa del Carmen, Mexico. On February 21, an explosive device detonated on a tourist ferry in Playa del Carmen resulting in injuries, including to U.S. Citizens.”

The Embassy went on to offer advice to those in the vicinity, including that they be aware of their surroundings, exercise caution and purchase travel insurance that “specifically covers you in Mexico and includes medical evacuation insurance.”

According to the Royal Caribbean Blog, passengers on both the Liberty of the Seas and Allure of the Seas received notifications similar to the one issued by Carnival. The letter received by passengers explained that the cruise line felt “it is important to make you aware that the U.S. State Department today published a safety warning discouraging travel on tourist ferries in Cozumel.”

Passengers aboard Royal Caribbean’s Liberty of the Seas were also warned against shore excursions in Mexico.